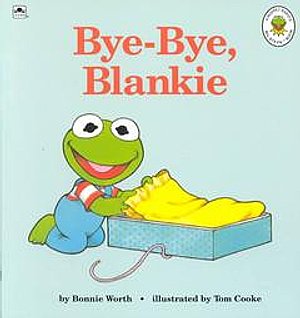 Our older boy has been a member of a youth swim team since he was eight years old, and Sunday will be his final meet with them.  After that, it’s over; he’s being Menudo’d out the door.  I asked if it made him sad, and he looked at me with a surprised expression, and said, “No.  Why would it?”

He wasn’t being a smart-ass, he was genuinely confused as to why I would ask such a question.  But I know how I would be…  I’d get all sentimental.  I’d have a soft-focus montage of the good times playing inside my head, and be walking around with a lump in my throat.

But he’s on the high school team now, and doesn’t seem to have any emotional attachment to the youth team anymore.  I don’t understand how that’s possible, it’s been a HUGE part of his life for half of his time on Earth so far, but it seems to be the case.

I’m definitely the sentimental type, for better or worse.  Even when I’m trading in a car –- maybe some old beat-to-hell clunker — I get sad.  I almost attribute human qualities to the thing, and feel like I’m betraying it and turning my back on an old friend.  “Sure, you have your faults, like that giant hole in the floorboard through which muddy water sometimes blasts up from the street and soaks my chest and crotch.  But you’re good people…”

The same thing happens when I move.  Even if I’m leaving a shitty dump in a crime-ridden neighborhood, I always feel mildly sad.  I turn as I’m making my way out the door, take one final look around, sigh, and walk away with a heavy heart.

Heck, I sometimes sit around and think about all the people who have lived before me in my current house or apartment, and picture them in their period clothes and wonder what ultimately happened to them.  Were they happy here?  What kinds of ups and downs did they endure under this roof, and in these rooms?  Yes, I have the capacity for this kind of thing.

In Atlanta we lived in an apartment building dating back to the 1920s, and it was fun to consider everything that had come before us.  Of course, it was me thinking these thoughts, so it never got too deep.  Eventually I’d start wondering how many farts had been let-loose inside each room, starting all the way back with the original construction crew.  Then I’d begin thinking:  did farts smell differently in 1925 than they do today?  Maybe because of diet, rampant tobacco use, and constant inhalation of mustache wax?

In any case, it surprises me when people can just make huge changes in their lives, and not feel a twinge of sadness about the thing they’re leaving behind.  I’m just not wired that way.

My parents are among the least sentimental people I know.  After my grandmother died, they went through her stuff and hurled 90% of it into a dumpster.  I would’ve kept it all, except the clothing (too creepy).  But they just tossed everything, unless they had a real-world use for it.  Oh, they kept photos and that kind of stuff, but if there wasn’t some legitimate use for a household item, it went straight to the dump.

Hell, I’ve still got a ball of tape that I peeled off a classroom floor in fifth grade.  A ball of tape!  It was an outline of a human heart, and the sixth graders had to walk through it and explain each section.  After the project was completed, another kid and I were asked to peel the tape off the floor.  And I still have my half-heart.  I’m not sure why, but I’ll never throw it away.

And so, I’d like to know how sentimental you are.  That’s the Question of the Day.  Do you get sad when you move from one house to another, or trade in a car?  Or are you like my parents, and say, “Grandpa’s old War World II dog tags?  Where’s the trash?”