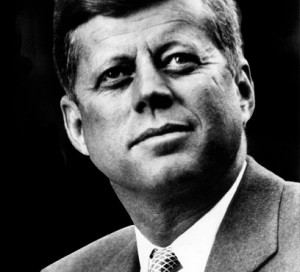 We were talking about names last night at work, and how it’s hard to imagine newborn babies with common names of the recent past.  Like Kevin, or Larry.  When I was in school, those were just regular boy names.  But it’s weird to think of a baby, lying in a crib in 2010, named Larry.  Or Roger.

Then I asked my fellow sad-ass break room white bread sandwich-eaters if they’re satisfied with the names they were given.  And it was a mixed response.

Personally, I’m neutral on mine.  I don’t hate it, or love it.  It’s not a name I would’ve chosen, that’s for sure, but it’s not horrible.  I guess.

The problem, I think, is that mine brings together two one-syllable names, and it seems kinda halting and choppy.  Know what I mean?  If a person’s last name is only one syllable, you’ve gotta bust-out a few extra syllables with the first name.  Right?  Add a little texture…  That’s what we did with our kids.

Yeah, I know, I could go with Jeffrey.  But nobody’s ever called me that, and it conjures certain negative images in my head.  The name Jeffrey seems like some wormy little man who is in his 40s and still lives with his parents, and says things like “Maybe we should call mother?”

And my middle name isn’t an option, either.  Scott is also one-syllable, so that doesn’t help me, whatsoever.  Maybe I could’ve gone the Waltons route, and started going by the name Jeff-Scott?  Yeah, maybe not…

Another small issue I have with Jeff, is that it’s completely unoriginal.  If you pull up a list of the most popular boy names from the year I was born, you’ll find that my parents weren’t exactly into bucking trends.  They chose current popular names for me, and my brother.  And I would’ve appreciated something a little more creative, thank you very much.

Plus, “Jeff Kay” sounds like “JFK,” and that’s kind of weird.  I’m sure it never occurred to my mom and dad, but people sometimes still look at me weird when I tell them my name, like I’m trying to be funny or something.

On the other hand… it’s not a terrible name, and I certainly don’t hate it.  I mean, at this point I’m kinda used to it.  And it doesn’t really matter, one way or the other; it’s not something I’m going to get all wound-up about, in either direction.

But are you happy with your name?  What are your thoughts on it?  If you could change your first name to something else, do you have one picked out?  I don’t.  It’s not something I’ve ever contemplated.  And have you come across any names, during your travels, that you thought were extra-cool?

Also, are there any names that have been permanently ruined in your mind, because of some person you know, or used to know?

I don’t want to offend anyone named Dennis out there, but I don’t care for that name — because of a guy from Junior High School.  His name was Dennis (of course), and he was a complete roughneck stoner who smoked and made out with trashy skanks behind Dunbar Printing.

He was so old, had failed so many times, he drove to school during Junior High, and parked his piece of shit car in the teachers’ parking lot.  Heh.  He was a menacing kick-your-ass type, and always had hickies all over his neck.  He was both scary and disgusting.

So, you see, the name Dennis is completely ruined for me.  Always and forever.  Do you have anything along those lines?  Tell us about it, won’t you?