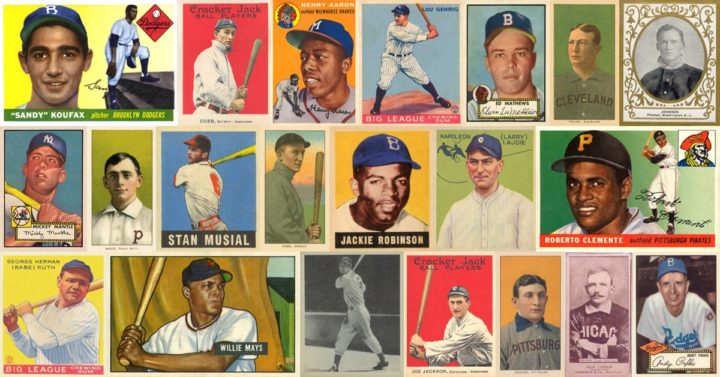 I used to collect baseball cards. Yeah, I know that’s not unusual. Lots of boys (and probably some girls) did that. But, over time, my collecting turned into something mildly insane. It wasn’t just buying packs down at the corner store, sticking them in a shoebox and trying to get all the Reds players, or whatever. Oh no. It started that way, but in 1975 it turned some kind of crazy corner.

That summer, when I was 12, I decided I was going to amass a complete set: all 660 cards that were released by Topps that year. So, I made my own checklist, which was typed if you can believe it. I had every number from 1 through 660 hand-typed by yours truly on a piece of paper and would mark off each card number as I obtained it. Getting all those numbers marked off became a full-on obsession. It’s all I thought about, and that’s not much of an exaggeration.

And when you get down to the end, where you only need 15 or 20 cards, it becomes MADDENING. You buy pack after pack after pack and not a single number gets marked off. Topps also had what they called rack packs, available at places like K-Mart. Here’s what I’m talking about: 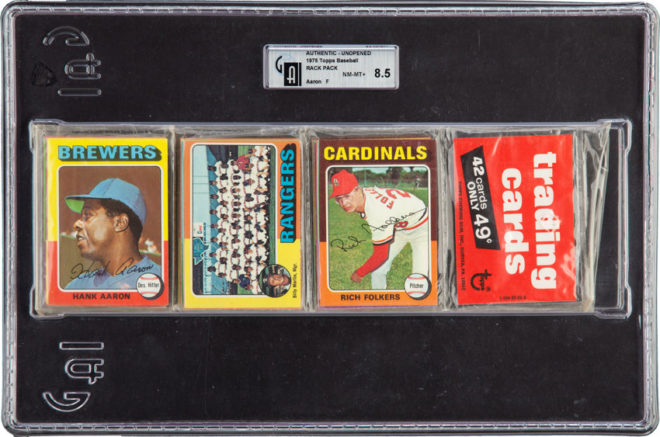 As you can see, six cards are visible in each pack: three on the front and three on the back. So, I’d beg my parents to drive me around to stores in other towns to try to track down the elusive cards. If I could actually see a needed card through the plastic it was a beautiful day. Otherwise, I’d have to just roll the dice, keep buying regular packs, and hope for the best. We also did some low-grade trading between friends. I’d gladly give up a Mike Schmidt card, or a Pete Rose, for some second-string outfielder I still needed to complete the set. But a lot of those guys didn’t take care of their cards, and they were appallingly bent and scuffed. And I can’t have that. 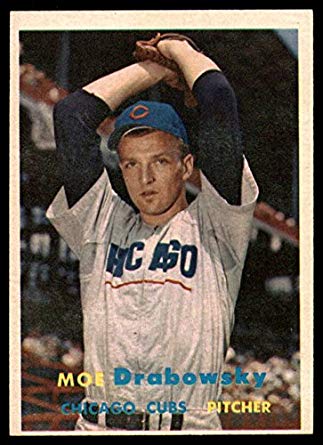 So, anyway. That was the summer when the obsession took hold. Then, Steve and I moved into ordering vintage cards through the mail from dealers. I think we saw an ad in The Sporting News or something and sent off for their price list. It was something called The Trading Card Company in Dearborn, Michigan. Oh, we did a lot of business with them during the early days of the mania. The hobby was nothing like it is today. It was small and the prices for cards were low. I can remember receiving a 1957 Topps card from them for a player named Moe Drabowsky. I couldn’t believe it! Something inside my brain exploded. It felt like I was holding some kind of impossible magic in my hands. 1957! Had this been some kid’s card, back during the Eisenhower era? I romanticized the shit out of it and was fully hooked.

Eventually, I was subscribed to two hobby magazines: Sports Collectors Digest (still in existence?) and The Trader Speaks. I believe SCD came out every two weeks and was fairly thick: probably 90% ads from dealers offering cards for sale. I’d go through those things with a goddamn highlighter, and spent nearly every cent of my paper route money on baseball cards. The Trader Speaks was for a more advanced collector, and I couldn’t afford most of the stuff advertised there. But I loved reading about it. It also smelled really good, the ink and the paper etc. That was one great smelling magazine!

So, it got way out of hand. But I quickly built a nice collection. I liked the 1950s Topps stuff, and early 60s too. But I also had some items from the 30s and 40s, and even some old tobacco cards from 1910 or whatever. I have a Cy Young card if you can believe it. And Ty Cobb. I started running ads of my own in SCD with lists of things I wanted to buy. So, price lists arrive by mail, and my mother would frown with concern. What’s going on?? 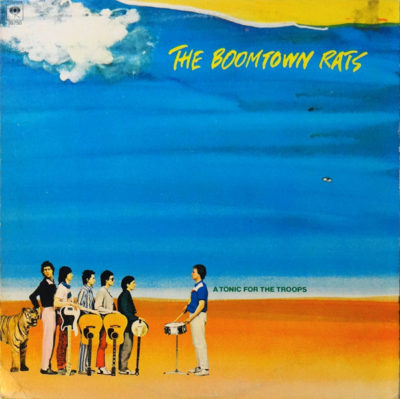 But, beer and girls and music eventually caused my first obsession to fade a bit. However, I became equally crazed about music. This album triggered it. It wasn’t exactly the same, but close. I didn’t really think of it as collecting, the way I had with baseball cards. I just wanted to build the best music library possible. I wasn’t attempting to complete sets. It’s a small difference. But, make no mistake about it, I was FULLY obsessed and equally ravenous to find missing items. I can remember my dad joking that he was going to have to install support beams in the kitchen of our house because of the weight of all that vinyl in my bedroom above.

What’s your relationship with collecting? Do you collect anything? Have you ever? I can’t afford it anymore. It’s a young man’s game. Or a millionaire’s. I still have the tendency in me, it’s just lying dormant at the moment. Also, what’s the most extreme personal collection you’ve ever seen? I mean… people can become crazed with this stuff. Believe me, I know. How about bizarre collections? Tell us all about it in the comments.

And I’m calling it a day, my friends. I don’t have the podcast back yet, but expect it any minute now. Hopefully, I’ll be able to upload it before I leave for work. Stay tuned.

Wait! Here’s the Thursday podcast. I’ve decided to make it available to everyone. You know, so non-patrons can hear what the second weekly podcast sounds like. Here’s the summary:

In this one, I tell you about the plans I’ve made for the new year, including my travel and writing goals. I also discuss previous New Year’s resolutions, and why I don’t do ’em anymore. Thanks for the support! And thanks for listening.

Hey, I kinda like this one and have decided — on a whim! — to make it available to everyone. Just so you non-patron folks can hear what the Thursday shows sound like. Enjoy! And don’t forget this part:

Need twice the Jeff Kay? We’ve got you covered. Just pop on over to patreon.com/jeffkay, sign up for a $4 (or more) monthly donation, and you’ll immediately gain access to the Thursday shows. They’re a full 30 minutes each, and only available to supporters at Patreon. It’s a lot of fun, so do it up!

I hope you guys have a great weekend! This week eats it from the ass in, and I’ll be happy to get it into the proverbial rearview mirror. Sheesh. If I could only write about everything in my life…

I’ll back on Monday.