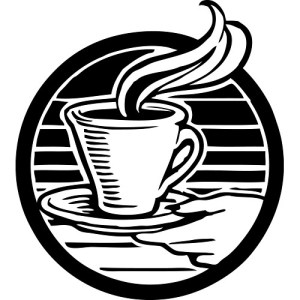 Over the weekend I had a problem with a company I used to love.  I still like them, but the days of love are in the rearview mirror.  However, I had no intentions of leaving them — until Saturday.

I don’t want to name the company, because we’re in the middle of possibly working things out. But I’m telling you… I was whipped into a frenzy.

Why does everything have to be a giant hassle?  Companies invariably say things like “your satisfaction is our success.”  Then they provide horrible service, screw up your account, accuse you of being the source of the problem, give you attitude, and make it clear they couldn’t give a tiny seahorse-shaped shitlet about you.

This company that ticked me off competes (kinda sorta) with Amazon.  And in a few years, when their whole operation goes swirling down the ol’ poop-catcher, they’ll be whining:  “Amazon is predatory… Amazon doesn’t play fair…  Amazon uses their power to squeeze out the little guy…”  Blah, blah, blah.

No, Amazon does a good job, and you guys don’t.  You drove me to them, with your couldn’t-give-a-crapitude.  Grrr…  I thought we had it all worked out, and now 36 hours have passed with no forward motion.  I’m getting pissed, all over again.

What companies actually provide good service?  Are there any left?  Amazon is about the only one that jumps immediately to my mind.

On Saturday I took some printed pages of my book project to Panera, and planned to read through them, write some notes, and drink a gallon of their coffee.  I love the coffee at Panera, it’s better than Starbucks, and those kinds of places, I think.

Anyway, I couldn’t focus.  There was way too much going on in that place, and not much reading got done.

It started when some doucheketeer with ludicrous sideburns was practically shouting his order, for all to hear.  “Yes, let’s see….  I think I’m going to do a Chicken Cobb!”  The asshole was going to DO a salad, and hollering his intentions for all to hear.  Then he proceeded to make a baker’s dozen special requests, that effectively transformed the menu item into something different, altogether.

The guy bugged me, because he was confident and cocky, and fancied himself the cosmopolitan sophisticate.  Fuck that guy.

Then (get this!) he sat at a table near me, and proceeded to smack his lips, and play with his phone.  The smacking was making my body go rigid.  But his phone… that was the last straw.  Every time he received a text or email, or whatever, there was a monotone male voice that said, “bouncy, bouncy, bouncy.”

I gathered my stuff, and moved as far away from that dipshit as I could get, and could still hear that “bouncy, bouncy, bouncy” crap, all the way across the restaurant.

Near my new table was a tiny waifish girl, sitting in an armchair with her legs folded underneath her, drawing in a giant sketch pad.  She was harmless enough:  college-aged and mildly crunchy granola. But it still made me roll my eyes.

I tried to get a little reading done, but a couple of scarf-wearing hipsters sitting near me were eating sandwiches, and saying things like, “Goddammit, this is good.  How could it be so good?”  So, I just gave it up, and went and bought one of the sandwiches.

I saw it as the only logical way forward.  And they were right, by the way.  The shit was incredible. Perhaps we can add Panera to the list of good companies?  I think they deserve it.  They can’t be held responsible for the pretentiousness of their clientele.  Right?

And I need to go to work now.  Do you agree with me that Panera has the best coffee?  If not, set me straight.  Use the comments link below.