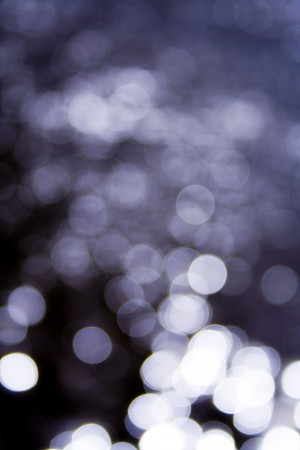 On Saturday night I was rinsing the cleaning solution off my right contact lens, it slipped from between my fingers, and ROCKETED down the sink.  Yeah, the thing went sailing out of my life like a post-Meister Brau assplosion, circa 1983.

I stood there for a second or two, unable to process what just happened.  Then I turned off the water, and began frantically looking for the lens.  I was hoping it might be hanging on the edge, just fluttering there.  But, of course, that was a laughable notion; my luck almost never goes that way.  My contact lens was gone.

I wear gas-permeable (aka hard) lenses, because one of my corneas is shaped like the end of a football.  Disposable lenses won’t correct my vision, and glasses don’t really cut it, either.  So, losing one of those bastards is a big deal to me.

My heart sank as I stood looking at the lens-gobbling drain, and decided I wasn’t giving up without a fight.  I went downstairs and grabbed a wrench from the toolbox, and removed the u-pipe, or trap, or whatever that thing under the sink is called.  All this was happening at 3 am, by the way…

After I got it off there, I dumped the water into a plastic bucket.  Then I shined a bright flashlight into the murkiness, looking for the runaway contact.  No luck.  I looked inside the pipe itself and didn’t see it there, either.  Grrr…

I spent upwards of thirty minutes, in the dead of night, removing and replacing plumbing, and working with tools.  That’s how desperate I was:  I was working with tools!  But I never came up with the lens; there was no reward for my efforts.

And now I’m going to have to go to the eye doctor and put my chin on the strip of tissue paper, and have some middle-aged man’s face four inches from mine.  Then they’ll have to take detailed photographs of my eyeballs, and place an order for a new set of lenses.  And before it’s all over, I’ll be walking around in glasses for two or three weeks, negotiating a fuzzy wuzzy world.

I have a very important question for you guys:  do you say the current year is twenty eleven, or two thousand eleven?  I’m sad to admit that I switch back and forth.  Apparently I haven’t yet decided how I’m going to deal with this thing.

Twenty eleven is the logical choice, because it’s quicker.  But I sometimes default to two thousand eleven.  What about you?  I’ve heard some people say two thousand and eleven, but that’s out of the question.  I mean, seriously.

Bring us up to date (get it?) on this important matter, won’t you?  Use the comments link below.

Thanks to everyone who offered to proofread my novel.  I received more than twenty responses, and I’m humbled by the generosity.  I only need two people to go over it, though — to check for grammar and spelling, etc.  So I’m going to have to make a decision soon.  I still need to do one final read-through, then I’ll be ready for some serious proofreading.

There are some exciting things going on with the book.  But I’ll refrain from droning on and on about it here.  It’s coming together nicely, though.  I’m all fired-up, and hoping the finished product will be available in April.  Please stay tuned.

One thing’s for sure… I’ll need to have it finished before May 21.  You know, since that’s the day the world is supposed to end.  I’m no marketing expert, but I have a feeling sales might suffer if the novel is released after human civilization ceases to exist.

Of course, I’m joking.  I don’t believe the world is going to end on May 21.  But what if we got confirmation, in some way?  What if we found out that this crackpo-, I mean Biblical scholar is correct, and we all have four months, or so, to live?  How would you spend your remaining time?

And that’s your Question of the Day.  Please tell us all about it in the comments.  And I’ll be back tomorrow.