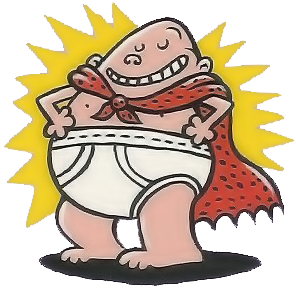 When I was eleven years old, or so, my mother came home with an armload of another kid’s underwear.  Horrified all the way down to my skeleton, I listened to her explain that the boy’s mother gave them to her, because they were too small for him.

I couldn’t believe what was happening before me.  She put the big pile of unthinkables into my top drawer, and apparently believed I was going to wear them.  I told her differently, and an argument ensued.

“Oh Jeff, they’ve all been washed!” she yelled, as if that made the tiniest of differences.  A whole other set of genitalia had been dropped into those things; I didn’t even want to be in the same room as them.  It wouldn’t have mattered if they’d been boiled in bleach.

My mother thought I was being overly difficult, but I wasn’t playing around.  I could see a faint washed-out skidmark in one of the pairs near the top of the pile.  It was incomprehensible that she’d expect me to put them on.  I’m shaking my head even now, thirty-five years later, in disbelief.

She finally got mad, and stormed out of the room.

I looked into my sock and underwear drawer, and saw the horrible contraband coming in direct contact with my things.  My brother had been lurking and keeping quiet, but after our mother left he buckled over in laughter.  Even though there was nothing – nothing! – funny about it.

Under the circumstances I had only one real option.  I found a pencil, or a ruler, and started rearranging stuff in the drawer.  I moved all my good underwear over to the left side, and the kid’s from across the street(!?) to the right.  Then I built a barrier in the middle, using a wall of socks.

I figured if any foreign ball spores leaped off those JCPenney Towncrafts, only my feet were at risk.  And I walked around barefoot all the time, through spit and vomit probably, so my feet could very likely handle the influx.

When my dad got home from work, my mom told him the story.  And, to my immense relief, he took my side.  He told my mother it was kind of unreasonable to ask a boy to wear another boy’s underwear.  Whew.

But some kind of compromise was reached, and I can’t remember the details.  I didn’t have to actually wear the terrible things, but they remained in my drawer for many months – way over to the right.

It’s a wonder I didn’t end up in the wacky shack.

And why am I bringing up this story, you ask?  Because I was talking to my Mom yesterday, and she told me the kid from across the street had recently undergone a full hip replacement.

“Remember when you tried to make me wear his underwear?” I asked.

“What?” she said, confused.

“His mother gave you a load of his nasty white briefs, and you wanted me to wear them.  One had a skidmark in it!”

I’ve noticed that a few Surf Reporters have become a bit exasperated recently, because their comments were sent to “moderation,” and stayed there for a long time.  So, I thought I’d take a moment to explain…

Website comments are constantly bombarded with spam.  It’s as bad, if not worse, as email.  And to keep the crap from splashing onto the site, I have a filter installed, called Akismet.  It does a pretty good job (3708 spam messages caught since we moved to WordPress), but it’s not perfect.

Therefore…  I also have it configured so the first comment from an IP address, or with an unrecognized email address, has to be approved by me.  I weed out a lot of garbage that way, almost every day of the week.

So, if you’ve never posted a comment before, are using a new computer, or type in a novelty email address, your message will be sent to purgatory.  And if that happens while I’m at work, it’ll likely stay there for a while.

The good news:  after you’re approved once, your messages will go straight to the site, without delay.  It’s just that first one that might be delayed.  You know, so I can be sure you’re not trying to sell sex “vacations” to Singapore, or whatever.

And that’s the reason some of your comments go into moderation.  This tutorial was brought to you by the makers of the new Aveeno Apricot Ass Mask — because your ass deserves the very best.

Finally, I have a quick and simple Question for you guys.  I’d like to know what musicians, bands or individual artists, have the most annoying fans.

Help me complete the list, won’t you?  Use the (lightly moderated) comments section below, and we’ll try to get a handle on this most pressing of issues.

And that’s all for today, boys and girls.

We’ll do it again tomorrow.