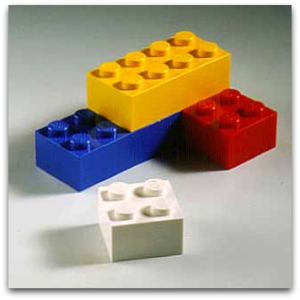 I’ve received ten or twelve “drawing of my boss” faxes so far.  Keep ’em coming!  The number is 570-585-6856.  And if you don’t have access to ancient technology, just email a scan to jeff at TheWVSR dot com.

Over the weekend I’ll set aside some time to create a gallery, and will make sure everybody’s identity is kept secret.  I don’t want anyone getting into trouble, so every precaution will be taken.

A lot of you mentioned Amazon yesterday, after I asked where you shop online.  So, I’d like to jettison what little dignity I have left, and remind you to please enter the Amazon site through Surf Report links.

If you do this, and purchase something during your visit, I’ll be paid a small percentage of whatever you spend.  It’ll cost you nothing extra, and is a completely painless way to support TheWVSR.

I’m not whining (well, not much), but the Amazon earnings have plunged since I cleaned up the sidebars at the site.  I used to have big honkin’ ads up and down the sides, and decided to remove most of them.  Predictably enough, the monthly checks, which were never large, have gotten even less-large.

So, if you can remember to use our Amazon links, I’d be much obliged.

Also, I added a so-called widget yesterday, below Bill Hershberger, that shows Amazon blog entries in appropriate categories.  There’s some genuinely interesting stuff there, and it’s better than just another flashing, retina-searing advertisement, I think.  If you enter AmazonNation through that widget, you’ll be helping us as well.

Thanks for the support, sincerely.

Speaking of Amazon, I was looking at this list yesterday, of their 100 Greatest Indie Rock Albums.  And even though I’m “an aging hipster aging hiply” there are several artists on the thing I’ve never heard of.

Like Slint, for instance.  Who the hell is Slint?  It sounds like a racial slur:  “Stinkin’ slints coming over here, taking all our good jobs!”  I’m fairly submerged in this kind of stuff, but have never come across Slint.

I’m unsure about Unrest, as well.  It seems vaguely familiar, but only vaguely.  However, I’m certain I know nothing of Bonnie “Prince” Billy?  The hell?  That’s as ridiculous a name as L.L.L. Anderson.

For the record, I own seven of the top ten.  Can any of you out-pretentious that shit?

And speaking of aging (this is all clicking together like one of the translucents’ LEGO projects!), the oldest Secret now has the mosquito ringtone on his phone, that old farts can’t hear.

It bothers me to admit it, but Andy (Mr. Dingles) and both boys can hear it like a freakin’ school bell.  But it’s complete silence to me.  Test it here.  Can you hear anything??

The exploitation of my decline must stop!  It must stop, immediately!!

And speaking of Andy (yes!), the younger Secret accidentally dumped his entire dinner in the kitchen floor on Saturday — and ol’ Black Lips Houlihan was on the case, without delay.

Within seconds, probably no more than five, the hound had traveled halfway across  the house, and devoured a substantial slice of beef roast, mashed potatoes and gravy, and a large serving of green beans.

At one point he raised his head to chew, and one of those beans was hanging out of his mouth like a cigarette.

I about shit the credenza.

And I need to get to work, so I’d better stop right here.

I’ll leave you with yet another mockable link, and something from the Stealing Clive Bull‘s Topics desk.

On a recent show Clive asked his listeners what movies they believe should NEVER be remade — the ones that are so perfect it would be almost a sacrilege to tamper with.  So, what do you think?  The Godfather?  I can’t imagine anyone ever attempting that one.  What else?

Use the comments if you have anything on that subject.  Also, what remakes are actually better than the original?  Is there such a thing?  I’m not talking sequel, I mean remake.  How about The Fly?  What do you think?

I can’t be late today, so I’d better go.