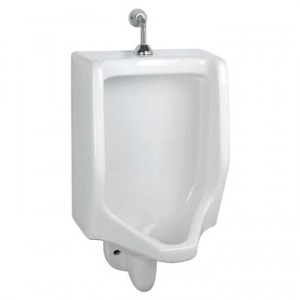 Sometimes I think I’m guilty of bouncing around a little too much in these updates.  I go from one subject to another all Willie McCovey, or Milli Vanilli, or whatever the correct phrase might be.  So, today I’m going to keep it focused on one thing, and one thing only:  pee.  Hopefully that will prove to be a more satisfactory experience?  Nothing but pee, from beginning to end.  Let’s get started, shall we?

The best urinals offer a large whizzing area, between two tall partitions, and a motion-sensor flush mechanism.  That way you’re not cramped, don’t have to worry about the prying eyes of the guy next to you, and can just walk away without having to pull down on that stainless steel piss stick.

Often there’s no partition whatsoever, so you’re literally standing shoulder-to-shoulder with some other dude – both of you with your wieners out.  And that can lead to social discomfort.

Or the partitions are too close together, and you can’t get between them.  So, you find yourself standing far away, peeing across a great distance.  This can generate a lot of splash-back, and sometimes a urine puddle forms beneath the pee-catcher itself.

There’s one urinal at Lackawanna State Park with partitions so narrow and deep, a five year old couldn’t fit between them.  Because of the splashing concern, I went into it sideways once, and directed my unit leftward.  It seemed like a logistically sound plan, but ended with me muttering profanity and walking around with a pee stain on my pants the size of a dessert plate.

In Burbank, California, at a bar called Now, Voyager (for whatever reason) there was a urinal that was so high, you almost had to pee at a 60-degree angle – up and over the lip.  The thing was nearly chest high!  It was ludicrous, and I imagined the plumbers ran out of pipe and just said fukkit.  That was the explanation I had worked out in my head, anyway.

But the world’s worst urinals are at stadiums. Old stadiums, to be more precise.  You’re often expected to whizz into a giant bathtub at these places.  So, there might be a dozen guys there, all peeing simultaneously, into an open trough. There’s a loud roaring noise, and a frothy, always-in-motion whirlpool of piss before you.  And everybody in the room – regardless of which direction you turn – has their cock out.  It’s a nightmare scenario.

In one stadium (I forget which), they had a ROUND trough, sitting in the middle of the floor.  So, you had to pee into it, while some other guy was directly across from you, with his giant schlong hanging down like an elephant trunk.  Who came up with that idea??  I’m not a fan of pissing in the round, and have a feeling I’m not alone.

Target has good urinals, and so does Sam’s Club.  They’re roomy, reasonably clean, with tall partitions.  That cuts down on all the Susanna Hoffs-style corner of the eye peeking, that some men do.  I don’t understand the peeking…  I genuinely don’t want to see some stranger’s urinating wang.  Is that unusual?

During my travels, I’ve encountered a fair share of peeing for sport.  This is also known as stunt-pissing or, occasionally, urination with malicious intent.

When I was in high school our basketball team was really good, so all the other schools were gunning for us.  As the season continued, and Dunbar High racked up win after win, the games became increasingly contentious.  There were sometimes fights outside, and there was almost always a pronounced amount of tension in the gym.

At one game, in Dunbar, there was a lot of shit-talking in the parking lot, as usual.  My friends and I were kinda-sorta involved, and finally went inside to watch the game.  It turned out to be a no-contest; our team had it in the bag by halftime.  So, we left before the game was over, and passed a parked car with all sorts of derogatory stuff written on the windows in shoe polish – snarky comments about Dunbar High.

So, we opened the doors (it was foolishly left unlocked), and filled the car with urine.  There were four of us, I think, just loaded up on Miller High Life.  And we peed all over the seats, the floor, the dashboard, down the heating vents, across the console, etc.  It was an amazing thing to behold.  They probably had to sell it the next morning.

I actually felt a little guilty about it later, even though they were trying to push our buttons.  Emptying four bladders into a parked car felt like a bit of an overreaction.  There was another incident involving someone we didn’t like, and a basket of clean laundry left on a back porch.  Yeah, we pissed all over it…  Again, I’m not proud.

In junior high we were supposed to take showers after gym class, and guys would pee on each other in there.  I never felt a humiliating hot-blast between the shoulder blades, probably because I rarely got all the way into the shower.  I’d just walk inside, without removing my tighty-whities, and quickly stick my head under the water.  If your hair was wet, the coaches would leave you alone, so that’s the route I always took.

But other guys were all the time lathering up, and feeling something extra-warm on their leg.  They’d turn around and find a dude standing there peeing on them.  Yeah, Junior High is something to be endured…

Also, at that same school, they had a long line of urinals with no partitions, in the bathrooms upstairs.  I can remember guys running sideways, up and down the row, peeing in ALL of the urinals at once.  And also on the sections of wall between each.  Heh.

And finally, I’m not sure if this really belongs in the “peeing for sport” category, but I’m going with it anyway.  There was a guy who worked with me and Toney in Atlanta, who supposedly liked to hire hookers and have them sit in a bathtub naked, while he peed on them.  We heard this from many different people, and the guy was pretty damned creepy.  I don’t doubt the stories for a second.

I’ve told this one more than once here, but when I was in high school I was forced to hold it for so long one day, I think my internal organs were bruised.  A teacher who hated my guts (go figure) wouldn’t allow me to leave the room during a test.  I needed to urinate with a powerful urgency, but she kept telling me to sit down and shut up.

Finally, I couldn’t take it anymore.  I was almost physically ill, I needed to pee so bad, and it felt like my insides were on fire.  So, I got up and left.  The teacher yelled, “Where do you think you’re going, Jeff?”  And I answered, “I need to piss!”

I’d been holding it for so long, it wasn’t even a relief.  It was actually painful.  I mean, I was messed up; I was moving like a palsy victim.  If a teacher did this to a kid today, a team of lawyers would swoop in before sundown.  But this was 1979 or whatever.  They could practically beat the shit out of you, if they wanted.

And when I returned to the classroom, this bitch of a teacher said, real loud, for everyone to hear, “What exactly are you on??” I should’ve whizzed all over her desk, purse, and lunch bag.

And many years ago a girlfriend and I were driving to a picnic at Hawk’s Nest, in West Virginia.  She had to pee, and there was no place to stop.  It’s a winding, country road, and she was fairly prissy and particular.  It just kept getting worse and worse…

Eventually she was howling, her eyes were rolling back in her head, and she was gripping the door handle like we were about to leave the pavement. “Just let me stop, and you can run up into the woods,” I kept saying.  But she wouldn’t even consider such a thing.

Finally, she reached into the picnic basket and grabbed a bottle of Heinz ketchup.  She put it between her legs, gripped the neck with both hands, and began speaking in tongues.  She was holding that bottle like a pilot preparing for a crash landing, and it was one of the more memorable afternoons of my young life.

She made it, by the way.  We got all the way to the welcome center at the top of the mountain, and she never exploded in a spectacular supernova of urine, like I was expecting.  But it was touch-and-go for a while.

And now it’s your turn.  If you have any pee-themed stories to tell, please use the comments link below.