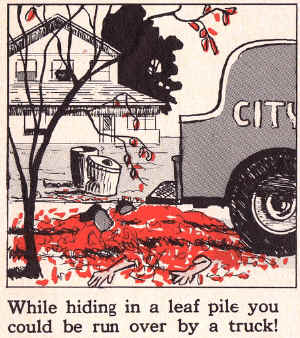 Yeah, I decided against another roomful of blues singers for Friday.  For some reason I just wasn’t feeling it… and a man of my size really needs to listen to his gut.  It’s amassed a lot of clout at this point, and I have to keep the gut happy to avoid revolt.

Anyway, our upstairs toilet is now fixed, but it required a visit from a $75 per hour plumber.  He inserted a terrifying “eel” that made ours look pathetic and sad in comparison.  And he cranked and cranked that thing, until something eventually collapsed in there.

He said the culprit was definitely “foreign,” meaning it was something other than what’s usually put into a toilet.  For some reason he seemed convinced it was a Q-Tip, wedged crossways across the pipe.  Toilet paper etc. builds up around it… and within a couple of days you’ve got a problem on your hands.

But how could he possibly know that?  How could he zero in on a Q-Tip, specifically?  What is he, some kind of remote viewer who specializes in sewer pipes?  Maybe a shitter whisperer?  It’s baffling to me.

In any case, he was only here for about ten minutes, so I assume the bill will be $75.  And that’s OK.  I had visions of him removing the toilet completely, and racking up three or fours hours of labor.  So, it worked out well… I guess.

I know it feels pretty luxurious to have two working crappers again.  Four people and one toilet can eventually lead to a grown man peeing off the deck, and that’s not advised.  Especially if the wind shifts and blows it against Poppa Half-Shirt’s siding, and through his kitchen window.

I’m going to work an extra shift tonight, to pick up some additional dollars.  It makes me sad, deep in my soul.  But ya gotta do what ya gotta do.  I’m off on Monday, for the holiday, so it won’t be so bad.  Maybe.

I did book three nights in the yurt, thanks to the generosity of Surf Reporters.  Thanks again!  I tried to get it for four nights, but on Fridays everything is booked solid.  Plus, on the weekends the place fills with screaming hicklets and Big Mamas in enormous t-shirts, and cigs dancing off their lips.  So, it probably would’ve been a waste of time anyway…

I was irritated when my agent asked me to do a third draft of the manuscript, but I now see that he was correct.  The book is much better now, and I’m excited about it.  There were nagging problems with it before, which are now in the process of being fixed.  Apparently he knows a little more about it than I do?  Who could’ve predicted such a thing?

I think I’ll be able to finish the latest draft during my upcoming yurt marathon, so I really appreciate your support.  As always.

For a Question, I’d like to get your feedback on us possibly adding a Surf Report forum.  What do you think about it?  The comments section is often used as a forum, already, so I think there’s a demand for such a thing.  But there are a few considerations.

For one thing, I’d want to go with a quality service, not some freebie thing.  So, there would be a small cash investment, which isn’t a problem if the forum gets used and it turns out to be a fun addition to the site.

Also, a forum requires moderators, and I simply don’t have the time.  When I’m at work I can’t even access the internet, so there would be huge chunks of time when I’m cut-off completely.  Spam is an issue, and so are trolls and professional assholes.  I’d want first posts to go into moderation, so they’d have to be approved before going live.  And I’d want a couple of people to have the power to shitcan the bad stuff, if it makes it onto the forum somehow.

So, I’m worried about that part of it.  But I think it could be a fun place for us to gather, especially on weekends when the site is dormant.  We could have different categories, like Question of the Day, where folks could comment on old Questions, not just the latest one.  And music, of course.  What do you think about it?  Would it be something you’d use?

Please let me know your thoughts.  I like the idea, but don’t want to mess up the current feel of the site.  The number of comments would probably go down, for instance.

So, let me know.  And I’m going to get ready for work now.  If you don’t have any opinions about the forum, just let me know what you’ll be doing while I’m working on Saturday and Sunday nights.  <sigh>