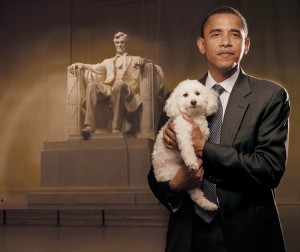 What up?  It was good to see you put the smack-down on that old dude and the chick from the woods in the election.  Way to rock the vote, man.

I noticed you’re picking folks to help you out when you get to the White House.  I have an opinion on the matter.  Now I realize this letter is a long-shot since I’m a hick from the hills of the ultra-red state of West Virginia.  But I figured what the hell, since I know you’re considering making Hillary the Secretary of State and she spent six months trashing your ass.

Anyway, I would like to nominate Jeff Kay as the Secretary of Humor.  Yes, I realize the Secretary of Humor may be down at the end of the table during cabinet meetings.  I also realize there has never been such a position.  However, Barry, man, next month you’re the boss and you make the rules.  You could just create the position!  You may be asking yourself, “What the hell do we need a Secretary of Humor for?  What will he do?”  Actually Mr. President-elect I ask the same thing about 95 percent of everybody who has a job in DC….so there’s your answer.

However, given the fact the world is currently hanging 10 on the shit surf–why not sit back and laugh a little?  It makes perfect sense.  You’ve got a bunch of degenerates sitting in caves in the middle of nowhere living on camel dung and goat milk who decided they want to kill us all.  Thousands of Americans who were living in nice houses are now themselves moving into caves because of foreclosure.  The guys that make all the good NASCAR brands are about to go belly up unless tax payers bail them out.  The stock market is changing directions faster than a woman in Neiman Marcus.

I submit these are but four examples.  Frankly, I don’t see how you cannot have a Secretary of Humor–if we don’t laugh, we’ll all be throwing ourselves through plate glass windows.

Now that I have you convinced we need the position–I have just the man.  He’s from Scranton, Pennsylvania. What’s that you say?  Joe Biden’s from Scranton?  Well, yes I understand where you can see humor every time he opens his mouth–but didn’t you already hire him for some other meaningless job?  Doesn’t he have your back in an assassination try?  No, the Scranton Man I believe will keep the cabinet room in stitches is Jeff Kay.

Yes, Jeff Kay is originally from the redneck red state of West Virginia….but he’s also lived in California–which should count for something.  He’s actually lived and had sex in a lot of places–he has a map to prove it.  Jeff is a funny guy who has managed to see the lighter side of everything.  Just recently he pointed out that the room where his kid had a birthday party looked like a scene from Saw V…..hysterical.

Available?  You bet.  This guy has so much time on his hands he actually counted the number of times they said Fuck in the Deadwood series–a feat unequaled by any other humorist (or human) in history.

Politically?  He’s a stalwart.  He knew early on that neither he nor John Kerry would ever be president.  He’s quite the pundit, but he has a team of political consultants that even you would find intriguing.  Nancy and Nostrils are cut from a very independent political cloth.  They are Canadians now, but they proudly hate the United States and George Bush.  They are also doing some remarkable work on the fronts of illegal importation, tax evasion, and child rearing.  Jeff has chronicled their progress in a series of papers.  He’s quite an observer of human behavior.

World Traveler?  Oh yeah, Jeff went to London last year and managed to squander thousands of pounds hunting for good native microbrews.  He also showed some real American talent when he almost caused a maid to lose consciousness as he left his room following a Hiroshima shit.  However, you’ll NEVER have to worry about that in the White House–or any other government building while he’s on staff.  Jeff has never shit anywhere except on the home can, a hotel receptacle, and possibly an outhouse.  Just never allow Mountain Dew Black Plague to be stocked in his office fridge and you should be good to go.

Well, that’s my recommendation Barry.  Give my best to the wife and kids and as you are formulating your cabinet, be sure and give Jeff a consideration for that Secretary of Humor position.