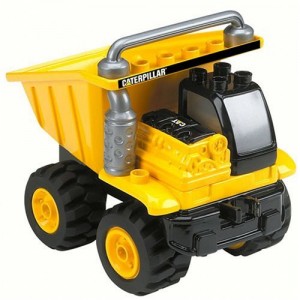 OK, I admit it, yesterday’s update was supposed to appear at Suggestaholic.  But I spent so much time on it, I wanted more than thirty people to read it.  Is that so wrong?

I trust it wasn’t too painful?  You know, for everyone besides Buck…

Yesterday I logged into an old Yahoo email account, which I hadn’t used in YEARS.  I was kinda surprised it was still active, but everything was there, just as I’d left it.

In fact, there was still a message in the drafts folder(!).  It was addressed to my friend Tim, and dated 10/27/2003.  The body of the email read, “This place is starting to make me feel like Bill Buckner!”

Have you ever revisited a long-abandoned email account?  It’s a weird feeling, like walking around a house or apartment where you used to live.  I scrolled through the address book, and kept shouting, “Oh, I remember that guy!  …Wonder why we’re not friends anymore?”

For about an hour last night, I was convinced the transition was finally complete, and I’d become a character in a situation comedy.

I had to pee, you see, with a red-hot urgency.  But because of a series of improbable circumstances, I was repeatedly denied the opportunity.  And by the end, I was standing there talking to my boss, looking like Elvis Costello’s first album.

I was peppered with several “Jeff, can you take a look at this?” slippery-slopes, was called into an unscheduled meeting that lasted for more than twenty minutes, and received two phone calls I couldn’t let go to voicemail.

At one point I actually made it to a bathroom, but there was a woman inside with a crash cart.  She was wearing rubber gloves, and using a long-handled brush to mop-up the drippins.

And since we’re on the subject…  I know we’ve already covered this, but I can’t remember if a conclusion was reached.  Do women experience the phenomenon known as “piss shivers?”

I think it has something to do with the sudden loss of body heat (is that correct?), and causes urinators to experience a literal full-body shiver.  I assume this happens to women, as well?

Also, is my body heat information correct?  Is that what triggers the violent convulsions?  Help me out, won’t you?

I believe the Roll Call page is reasonably up-to-date, and we still haven’t had any Surf Reporters check-in from South Dakota or Wyoming.  Are any of you reading today’s update from those places?  If so, please tell us about it in Thursday’s comments.  We need representation from all fifty states.

And even if you aren’t in South Dakota or Wyoming, go ahead and log your location for us — if you haven’t already done so.  For some reason it’s kinda fun.

A couple of days ago I told you about a bizarre video clip I’d seen featuring eight nude Japanese women spraying something liquid out of their asses, simultaneously.  I mean, the synchronization was impeccable!

Anyway, check out this article that appeared the very next day.  Spooky, huh?  Thanks to Brad for spotting it.

Nancy and the gang are supposed to be visiting during the coming weekend, but they’re insisting on staying at a hotel.  I don’t know what that’s all about…  And even though it certainly makes our lives easier, I feel a little weird about it.  Ya know?

They’ve used our place as a bed & breakfast inn for years, and suddenly won’t stay here?  Wonder what triggered it?  I have no idea.

In any case, I’ll leave you with a Question that’s more of an assignment, really.  Are assignments OK?  They are?  Good.  I’m planning a complete overhaul of the ABOUT page (long overdue), and want to include, among other things, a glossary of terms.

So, if you guys could help me come up with a list of uncommon phrases, terms, and nicknames used here at the Surf Report — which might confuse new visitors — I’d be much obliged.  Definitions would be a plus, as well.

And I’ll see you folks tomorrow.