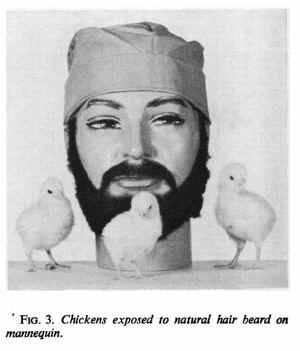 You know what else pisses me off?  When people have a well-rehearsed inventory of medical procedures they’ve undergone, as a result of some sort of catastrophic injury, or whatever.  They always recite it expertly, thanks to years of honing via repetition, and it’s usually filled with lots of dramatic and arcane asides.

It generally goes something like this (in a nonchalant no-big-deal voice):

“I’d been driving for thirty hours straight, trying to get back home before my Nanna Beaverpelt died, and I fell asleep outside of Ass, Tennessee.  The cops said I must’ve been traveling at eighty mph when I crashed through the guard rail, and my car rocketed off a small hill and rolled fifty yards.  They said if I’d gone through twenty feet earlier or twenty feet later, I would’ve died instantly.

“They airlifted me to a trauma center in Rotten Jaw, and I had three surgeries during the first 24 hours.  During the first operation I died on the table twice, and the doctor was across the room signing the death certificate after the second flat-line, when my heart suddenly started beating again.  Later he told me that in thirty years of practicing medicine he’d never seen anything quite like it.

“They had to completely rebuild my torso, and I have the equivalent of half a Ford Taurus in my left leg; that’s how much metal is in there.  I have seven rivets here, two titanium rods here, a network of lines and pulleys in my pelvis, my spine is made entirely of tempered glass, I can’t lift my left arm any higher than this, and because of all the skin grafts I now have armpit hair growing on my forearm.”

After it finally ends, there’s always an extended pause where everybody is supposed to react with horror and amazement.  But, of course, I refuse.  And then I start calling him Seven Rivets behind his back…

I think it’s the nonchalant part that bothers me.  Ya know?  If they told the same story, but approached it from a “that shit was scary” perspective, it would probably be OK.  But that super-casual, no-big-deal affectation bugs me.  So, they’ll get nothing from me, dammit.

A few days ago I was on my way to work, and raided my lunch bag again while driving.  Hey, a person needs to maintain his energy level…  I grabbed a granola bar, and was munching it while navigating I-81, aka The Devil’s Parkway.

And there’s a commercial on the radio where two people are talking about going on a cruise.  Who the hell knows?  I barely listen.  But I think they’re the hosts of the morning show, and are offering some kind of Caribbean cruise, where listeners can join them, or somesuch.

Anyway, the woman is listing all the ports of call, and does that really pretentious thing where a person rolls their Rs.  You know, to sound sophisticated ‘n’ shit?  And when she says “Peurrrrto Rico,” I always imitate her, involuntarily.  I have no control over any of this, I just instantly say the same words, in the same way.

And when I did this over the weekend, a hunk of granola bar, or possibly a chocolate chip, went blasting into my sinuses.  I started hacking and coughing and snorting and blowing, and probably could’ve ended up with a spine made of tempered glass.

But I was able to maintain, thank you very much.  Even with a raisin behind my eyes…  But I should probably keep my hand out of the lunch bag, shouldn’t I?

And speaking of that, I’m going to meet Toney for lunch.  So I need to cut this one a little short.  I’ll leave you now with a Question suggested by my brother.  I don’t think we’ve done this before, and I find it amazing.

In the comments section, please tell us which famous people you predict will die in 2011.  You know, the standard dead pool…  I’ve got nothing prepared, but have a feeling you guys will come up with some interesting names.

And in a year we can go back, and see who had the most number of correct guesses.  I suppose there should be a maximum number of names allowed?  How about no more than five per person?  Then we’ll review it all next December.

However, I hope to be back earlier than that.  Like tomorrow, in fact.  So, I’ll see you guys then.