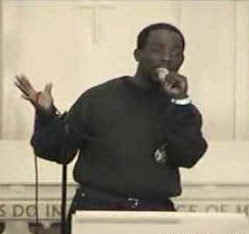 I have two gmail accounts — one for website stuff, and another for personal use.  And the photo that’s associated with the personal one is now a black man giving a speech.  I don’t know how this happened.  I have no idea who the person is, or how it became the icon for my private email.

And just so you know… here’s how many unread messages I have in my Surf Report account.  I get an avalanche of boolshit every day, mostly from mailing lists I’ve subscribed to, various Google Alerts, people trying to separate me from my money, and website notifications.  I could probably clean it up, and by the looks of things… that might not be such a bad idea.

This morning I was scrolling through the website email, and there was one from Amazon, advertising DVD box sets of old TV shows.  I clicked through, and saw this one.  Holy crapnuggets!  That’s the holy grail!!  I’ve been waiting for that set to be released, for 20 years.  How did I not know?!  I think a little bit of pee might have escaped when my brain realized what it was seeing on the computer screen.

Get a Life is one of the most absurd shows to ever appear on network TV.  How it lasted two full seasons is a mystery.  It’s completely bizarre and ridiculous, and I loved every minute of it.  Most of the episodes haven’t been seen since they were originally aired, because of legal issues involving the music, blah blah blah.  It’s always the music…

Anyway, I’m excited and will be purchasing that thing straigh’ away.  Then I’ll make the boys watch it with me, and it’ll be a soft-focus montage of all three of us laughing our asses off.  They like Cabin Boy, one of my all-time favorites, so they’ll definitely enjoy Get a Life.

And speaking of Cabin Boy, it’s apparently now one of the go-to choices whenever a “worst movie ever made” discussion breaks out.  Are people insane?!  That movie is fantastic, from beginning to end.  But it’s part of the worst-movie narrative now, and facts don’t matter once the narrative takes hold.

Another one that’s automatically mentioned: Ishtar.  I’ve never seen it, don’t know anything about it, and suspect most people are like me.  Yet they know they’re supposed to say Ishtar.  I’m getting bitter.

I think people are generally full of shit. Present company excluded. Of course, they’re right about We Built This City, and Titanic is a turd… but still.  I think there’s a whole lotta parroting going on. They’re full of shit, even when they’re right.

What are some other automatic answers that the general population is programmed to regurgitate?  Valid, or otherwise?  Please use the comments link below.  I’m especially interested in the non-valid ones…  What movies, TV shows, songs, albums, etc. have a completely skewed reputation in your opinion?

And I’m going to eat a gigantic salad for lunch now.  I’d prefer an Asiago Ranch Chicken Club from Wendy’s, but will be having a homemade salad instead.  Hopefully it will help me get into heaven, or some shit.  Pass the beer nuts.