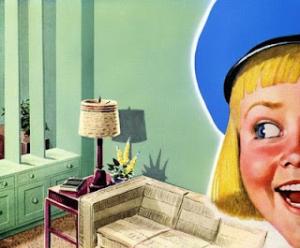 There’s a radio commercial I seem to hear twenty times per day, even though I don’t listen to the radio very often.  I don’t know if it’s being pumped directly into my brain, or what…  It’s for some kind of unregulated weight-loss smoothie, that would probably cause your heart to collapse, turn shiny black, and snap off.  And talk about rapid weight loss!

Of course, as is the case with so many things, I have no idea what I’m talking about.  But that’s beside the point…  The part that’s memorable (aka annoying) to me is a fake phone conversation that takes place during the ad.  It goes something like this:

Woman:  Is this the president of the Premature Death smoothie company?
Man:  Are you calling about our free offer?!
Woman:  So… I’m already swigging your smoothies day and night, and shitting myself into oblivion.  I’m down to 72 pounds, and my husband is planning my funeral.  He wants me off the smoothies, but I JUST CAN’T STOP!  I love them!!

I’m paraphrasing, but that’s the gist of it.  And it bugs the everlovin’ crap out of me.

For one thing… she asks if she’s talking with the president, and he never answers her question.  He just launches into his spiel, in a forced and fake super-excited tone.  He responds to her question by asking a question of his own.  And it causes me to frown at my dashboard every time.

Then she doesn’t really answer his question, either.  It’s like two completely unrelated conversations, spliced together.  She just goes off on some crazy-ass tangent that begins with the word “so.”  Why??  Why are people starting their sentences with an inappropriate so, all of a sudden?  What do you want for dinner tonight?  So, I’m thinking spaghetti.  What the shit?

The whole thing is horrible, and causes me to clench-up.  And I know they’d have us believe their smoothies taste so great, people want to drink them even after they’ve reached their weight goal.  But the woman on the phone sounds like she’s stuck in some kind of addiction spiral.  Dr. Drew might have to step in and save her from herself.

Fuck those smoothies.  I’d sooner down a tumbler of raw sewage.

Sorry I’ve been away for a few days.  I could give you the reason, but it would just sound like whining.  And who needs that?  The good news:  I’m off until Sunday.  It feels like a Buick Skylark has been lifted off my shoulders…  Good god.  Last week easily qualifies for inclusion in the top 10 most stressful weeks of my life.  I thought I was headed for a full-blown nervous breakdown.

But enough of that… Something weird happened to me a few nights ago, and I’d like to get your thoughts on it.  I was in the break room at work, playing around with my phone.  I’d just polished off some perogies from the cafeteria, and was counting down the minutes until I had to return to my desk and start fending for my life again.

And a woman came walking through there, and yelled something to her friend.  But I couldn’t understand a word of what she said.  She was speaking loud and clear, and was near me when she went off.  Yet it sounded like gibberish.

“Does this chick have a mouthful of shit, or something?” I thought to myself.  But her friend answered her, and I couldn’t understand what she said, either.  My heart started beating a little faster, because I was worried I might be having a stroke, or finally breaking under the pressure.  I zeroed in on other conversations around me, and it sounded like the whole world was speaking Dutch, or something.

A lightning bolt of panic went through me, and suddenly it was over.  It all snapped into place, and everyone was speaking English again.  The gibberish only lasted for a couple of seconds, but it was enough to scare me.

What do you make of that crap?  Weirdness, huh?

I’ll see you guys again tomorrow.  I’m going to put some real time into the next update, and get back to my roots.  I crave normalcy, and today’s been a good start.

Have a great evening, my friends!

Now playing in the bunker
Treat yourself: Monkey-Picked Black Tea.