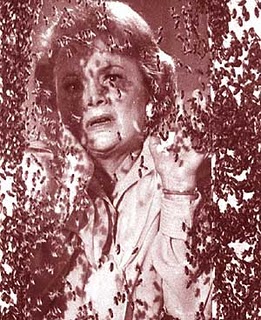 I think I’m having some kind of allergic reaction.  I can’t pinpoint the source, but some weird shit’s going on.  It feels like I have a swarm of bugs under my skin, especially on my arms, and I’m getting kinda rashy.  Not a fan.

As far as I know, I don’t have any major allergies.  Except for so-called hay fever, every year at this time…  And, right on schedule, I’ve been sneezing and hacking and yelling.  But I can’t remember ever having this crawling bugs thing before.

It’s been nice knowing you guys.

You know what’s a great album that gets overlooked, and is under-appreciated?  This one.  It’s overshadowed by the band’s earlier, more raucous affairs.  And it came after their only not-so-great record.

But it’s freaking fantastic.  Every song is good, and I’ve been listening to it a lot lately.

Everybody was raving about Saturday’s weather here, but it was a little too hot for my liking.  And on Sunday it turned humid, to close out the category.  As humid as the dark side of a scrotum.

And on Saturday we went for a Chinee lunch, walked around the state park for an hour or so, went to Manning’s Farm for ice cream (so fresh you can smell the shit of the cows that produced it!), worked in the yard (blecch), took Andy for a long walk, had some Bell’s Pale Ale (mildly disappointing), and became one with a couch.

It was a good, stress-free day.  Just way too hot.  I’ve said it before, many times, but this is how I rank the seasons:

Saturday and Sunday were strictly number 4.  And Q-Tip should come out with a crack swab.  They really should.  Shit.

I need to be a little vague here, but there’s a house in our neighborhood where some bad stuff has happened recently.  Two shocking deaths, in fact, neither because of natural causes.  And that’s all I want to say about that.

While we were out with Black Lips Houlihan on Saturday, Toney asked if I’d ever live in a murder house.  The one in our neighborhood isn’t a murder house, just to be clear, but it did inspire the question.

My answer:  it would depend on the circumstances.  If it was just two drunken hillbillies who got into a homicidal argument about tin foil or auto parts or something, I wouldn’t have a problem with it.  But if there was creepiness involved, I probably would.  Like torture or sadness or a freaky-deaky backstory.

Also:  suicides.  I’d most likely have a problem with that, and worry that the house itself drove the person to commit the act.

What about you?  Would you buy and live in a murder house, if you got a good deal on it?    Or does it depend, like me?  What do you think?  Use the comments link, to share your thoughts on this subject.

Also, if you want to tell us about your weekend, and/or rank the season, that’ll be cool too.

And I’m forced to cut this one a little short, my friends.  I’ll be back tomorrow though, unless, of course, the bugs rally.