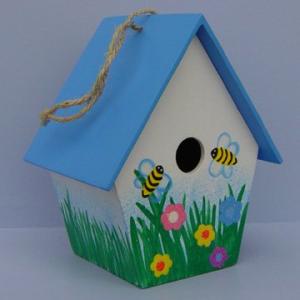 Last Thursday the younger boy arrived home from school around 2:30, and the first thing he said to me was, “Are you leaving?”  Yes, it was a heartwarming father/son moment, especially considering the fact I hadn’t seen him since the previous Sunday.  I’m not proud to admit that it ticked me off.

Today he came in, and I hit him with a preemptive strike: “Don’t worry, I’m leaving in a minute.”  His answer?  “OK.”

So, there you go.  He lands another punch.

But, to be fair, I understand how he feels.  Everybody needs a little sliver of alone-time during the day, and his is right after school, before his mother and brother get home.  And if I’m sitting there in the middle of it, it throws everything into disarray.

However… he needs to learn the meaning of the word “tact.”  He either doesn’t understand the concept, or rejects it. Fourteen year olds are, generally speaking, little shits.

Do you get the right amount of alone-time?  Too much is no good, and too little sucks, too.  Are you properly calibrated?

I get up around 10:00 or 10:30 when I’m working, and leave at 2:00.  So, all that’s free time for me, and I cherish it.  I do stuff on my computer, and listen to music.  I never turn on the TV, because I’d rather be making an attempt at accomplishment.  Even if it’s just a few semi-decent Twitter posts.  It’s better than sitting in front of CNN or Maury Povich (is he still alive?), with my mouth hanging open.

Please tell us about your alone-time, if you’re so inclined.  Some people say they hate to be alone.  That’s not me.  I’m a loner by nature.  What are your thoughts?

The older boy and I watched Django Unchained last Saturday night.  It was like some kind of brutal comic book story, come to life.  Everything was over-the-top and crazy, and I enjoyed the hell out of it.

I can’t remember a movie in which people screamed in agony after being shot, like they do in this thing.  There’s a lot of screaming, but it’s so exaggerated it becomes funny.  And the river of blood that flows through the movie…  It’s wild, man.  I liked it, even though it was about 40 minutes too long.  What did you think?

Oh yeah, and the so-called N-word was used roughly 500 times.  Maybe I should count them, and do a WVSR special report?

Please give us your thoughts on Django, if you saw it.

Last weekend all four of us went out to lunch at a Chinese restaurant, where they know us and always seat us at the same table.  I like being a regular somewhere…  I used to be a regular at several places, but my regularness sphere is shrinking.

Anyway, after we finished eating we went to one of those gigantic craft stores:  A.C. Moore or Micheal’s, or whatever.  Something needed to be purchased for a school project… Who the hell knows?

I hate those stores.  They’re depressing as hell, for some reason.  “Crafts” bug me, and I can feel my energy draining from my body as I trudge through one of those places.  Ironically, I have the same reaction to “party” stores.  They’re supposed to be festive and fun, but a little bit of my soul turns black and falls off every time.

It was super-crowded, too.  “What the hell, man?” I said.  “I had no idea there was such a market for glitter and Styrofoam balls?”

Toney found what she was looking for, and we took our place at the end of the checkout line.  Grrr…  It was pandemonium.  I told everyone I’d wait for them outside, and the younger boy joined me.

And something happened, the moment we left.  I wasn’t there, but Toney reportedly had an altercation with a douchebag buying a birdhouse.  Words were exchanged… he called Toney a pain in the ass… Toney questioned his manhood, on account of the birdhouse…  It sounded great!

I wouldn’t have been able to keep my temper in check (I’m tightly wound), but things like that rarely happen when the husband/boyfriend is around.  Do you ever notice that?  Anyway, Toney didn’t need my backup, she handled herself just fine.  The older boy was laughing his ass off.

Have you had any altercations in a store lately?  Please tell us about it.  Also, what places of business make you depressed?  Are you with me on the craft and party stores?  They’re horrible portals of hell.

Before I call it a day here, I’d like to alert you to the bad drawing of the beer mug to the right.  If you click through it, you’ll have the opportunity to give some of your money away!  Beer donations are always accepted and encouraged.  Thank you in advance.

Also, I have a special treat for you guys:  something new from our old friend the Angry White Guy. He posted a rare and longish comment under yesterday’s update, and I don’t want anyone to miss it.  Unfortunately, his mother recently passed away, and he has a few things to say on that, and a few other subjects. He’s controversial, as usual. But it wouldn’t be the AWG without the controversy, right? Here’s your link.

Have a great weekend, boys and girls.  It’s a beautiful day here, and I might take ol’ Black Lips Houlihan for a walk now.