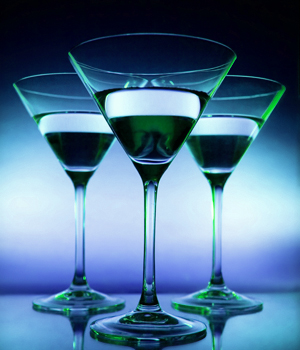 Yeah, I fell down the basement steps this morning.  It was a fantastic way to start the day…

When I got up Toney was in a frenzy, working hard at de-Christmasing the house.  She usually rips everything down on the 26th, but we were like a zombies (or as one of my old co-workers called it, “zambies”) yesterday, due to the ridiculous sleep patterns of the past weekend.

And before I’d even had a sip of Eight O’clock bean coffee, she asked me to take the big Christmas tree box to the basement.  I man-handled it to the top of the stairs, and asked the younger Secret to give me a hand from there.  And something went askew.

I’m not sure how it happened, but I tumbled down the stairs with that giant box riding side-saddle for the short journey.  I landed hard on the floor, and one of the branches (an orange tip) almost pierced my liver.

I groaned, and waited for the pain.  You know how there’s a tiny delay, after you stub your toe or whatever, for the pain to actually register?  Well, I instinctively braced for it, but nothing happened.  I was perfectly fine, even though I was nearly impaled on an orange tip.

So, as tumbles down the cellar stairs go… this one was pretty good.  My pelvis didn’t turn to dust, and my head wasn’t driven through the side wall of the fridge, or anything like that.  I’d give it a solid A-minus, docked only slightly because there was no somersault.  I feel like it could have been a bit more spectacular…

As mentioned, we were like the walking dead yesterday.  Have you noticed that when you miss a significant amount of sleep, it’s usually the second day when you pay for it?  The next day is no fun either, but the second one is generally the worst.

I worked last night until 1:30, and was so exhausted I felt almost sick.  I came home, let Andy log-out on the front lawn, had a Jethro Bodine bowl of Corn Flakes, and went to bed.  I didn’t even plug in my phone or iPod, which is unusual.  I’m a creature of habit — big time — and always plug those things in, immediately.

But today I feel a million times better (OK, 900,000 — I don’t like to exaggerate).  My brain is no longer expanding and contracting inside its housing, and I can form sentences again.  That update I posted yesterday morning?  I have no idea when I wrote that; I seriously can’t remember doing it.

I do remember, however, sending my boss an email last night, asking for Wednesday off.  I’m sure it’s been approved, and I’ll only be working Monday and Tuesday this week.  Therefore, today is my Friday.  How cool is that?  I’m a big fan of the two-day work week.

I drank a little more than usual over the three-day Christmas weekend.  I’d only been having three beers per week for the past couple of months, and it’s working well.  But I wanted to let my hair down (well, my hair doesn’t go down — it only goes up and sideways, but you get the idea) for the holiday.

And it’s weird… I didn’t really enjoy it.  Oh, it was OK at first, but I didn’t feel my normal urge to keep on going, deep into the night.  I almost had to force myself to have a third or fourth beer.  Ha!  Normally that’s just a scratch on the surface of the tip of the iceberg.

On Christmas Eve Toney and I went for our traditional martini.  I don’t know how that got started — I don’t even like martinis — but we try to have one every Christmas Eve.  We went to a bar near our house, but it was closed.  I didn’t want to venture too far from home, so we ended up at Damon’s.  Festive!

The place was overrun by drunken football fans, in Santa hats.  They were all hollering and high-fiving and getting on my final nerve.  But we sipped our Christmas martinis there, and toasted to a better 2012.  This past year has been a tough one for us, but in a few days it’ll be over.  And I refuse to allow the new year to have its way with me, like the last one did.  2011 was a prison shower of a year…

I’ve already got some crackpot things in the works, which I’ll eventually tell you about.  It’s gonna be a much more productive year, though.  I’m making an investment in it.  Gulp.

I don’t really have a Question today, so you guys can just wing it.  Maybe tell us about your New Years Eve plans, or what changes you’re going to make in 2012, or your stories about falling down the stairs. Or whatever else is on your minds.  There are no rules here, this is the West Virginia Surf Report.  Well… almost no rules.