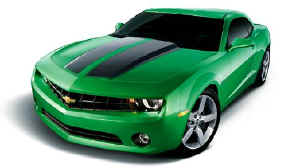 To answer Wednesday’s question, about the brick-hard iced tea I was served (details here), I noticed it was completely ice free around 10:40 pm.  So, it took more than seven hours, underneath a lamp, for the thing to return to its natural beveragey state.

And I think someone needs to come in and adjust the settings on that vending machine, stat.  I mean, seriously.  That shit’s running wide-open.  There’s a big difference between cold, and… vitrification.

I was planning to do something a little different yesterday, but real life (once again) threw a body-block on me.

I had to take the younger Secret to a doctor’s appointment, for one thing.  A yearly checkup.  And I hate going into those pediatricians’ offices, because it always feels like I’m sitting inside a swirling vortex of microscopic poop and vomit spores.  Every breath, I’m convinced, is another lungful of diarrhea mist.

But so far I’m OK.  I know the incubation periods for diseases vary, but nothing has happened within the first twenty-four hours or so.

The doc asked our son a series of safety-related questions, including “What’s the first thing you do when you get into a car?”  And “What do you wear while riding a bike?”  Then he wanted to know our boy’s favorite food.

“Apples,” the Secret said, and I think I actually snorted.  Talk about telling someone what they want to hear.  Outrageous.

Everything checked out, and the kid was declared “healthy.”  So we went across the street to Wendy’s to celebrate with burgers, fries, and Cokes.  Seemed appropriate to me.

It’s starting to feel like spring up here, and the concrete-hard snowpack is dwindling away.  Our dog Andy (Black Lips Houlihan, Snoop Manny Mann, Mr. McDingles) is used to our yard being elevated, slick, and solid.  And now he’s running into problems.

Whenever he ventures outside his urination trough, you see, the snow can no longer support him.

So he’ll be walking along and his front legs will plunge through the ice, and his face mashes against the ground.  Or just one of his legs will give way, and he’ll go radically out of balance.

One time I saw him get into such a contorted mess I thought I was going to have to go rescue the poor hound.  I believe his left front and rear right legs collapsed, and the other two were still on the surface.  For a few seconds he looked like a severely handicapped crab.

But I think the snowpack is on its way out.  Within a week it’ll be gone, and I’ll have to find something else to bitch about.  I’m confident I’ll be able to rise to the challenge.

Thursday, Friday, and Saturday are usually my days off, but I have to work tonight.  A bonus round.  There’s a “special project” going on, and it’s all hands on deck.  Including us pampered, fat-ass management types.

It’ll be fantastic.  By the end of the night I’ll probably need a mobility scooter.  We’re going to be doing the equivalent of digging a big hole, then filling it back in.  My nipples are exploding with delight.

But tomorrow morning (after a few hours of tortured sleep) I’ll be riding inside a green Camaro, in the gargantuan Scranton St. Patrick’s Day parade.  This is no half-assed event, it’s a huge party known locally as “Parade Day.”  People come from out of state to participate in the debauchery.

I was invited by Chevy (if you can believe it) to ride along with them, and fire off Twitter tweets throughout.  Should be interesting, and fun.  I hope some of you will follow along, via Twitter.  And, of course, I’ll post an in-depth article about it next week, complete with photos.

The parade starts at noon, and I’m supposed to be “at the Camaro” by 11:15.  So, if you’re around a Twitter page at that time….  I hate to even type these words, ’cause they sound kinda douchey, but I’d appreciate a few retweets, etc.  That’s right, retweets.  I said it.

Then on Saturday night I’ll be participating in our loose-knit #SottedSaturday Twitter group.  You’re all welcome to join us, if you’re, you know, sotted on Saturday.

Next week I’m going to record a second podcast.  I wanted to do it yesterday afternoon, but everything went (as the Brits put it) pear-shaped.  My goal is to post one every other Friday, and that’s what I’ll be shooting for.  Starting next Friday.

If you have any real questions you’d like answered, let me know.  Otherwise, I’m just going to start telling stories.  And I’m fixin’ to approach someone about a Skype interview, as well.  Of course I’ll have to buy one of those Garth Brooks clip-on microphones, and up the douche-factor even further…

But I’m way past caring.

Before I get to the Question of the Day, I’d like to alert you to a couple of new projects by Friends of the Surf Report.

First is a just-launched blog by Aaron Starmer.  He and I were partnered-up by National Lampoon, to write a proposal for a book they ultimately passed on.  Here are the sample pages from that proposal, and I think they’re pretty damn funny.

Anyway, Aaron’s first novel was recently released, and he now has a new blog.  I hope you’ll support both.

Also, Jason Mulgrew’s first book was published a few days ago.  I have my copy, and you should go buy four or five, as well.  Jason is, as they say, funny as all hell, and I’m looking forward to reading his twisted memoir.

And finally… when the Secret and I were returning from his doctor’s appointment yesterday, some guy in a huge, black Tony Soprano SUV ran me halfway off the road.  He kept drifting out of his lane, and causing all sorts of trouble.  I don’t know if he was drunk, or what.  But I didn’t care for any of it.

As I shouted nonsensical profanity at the guy, and waved my arms around, I saw that he was driving something with a really weird name.  I can’t remember it now… I think it started with an E.

And where do carmakers come up with those model names anyway?  In a lot of cases I think they just make up new words (Lumina? Firenza?).  And some are just straight-up bizarre (Touareg?)

Are they running out of ideas at this point?  Well, I think we need to help them out…

In the comments section, please list your suggestions for new car models of the future.  I’ll get the ball rolling with a few of my own, and you guys can take if from there.  OK?  OK.

Thanks for reading, and I’ll see you guys next time.