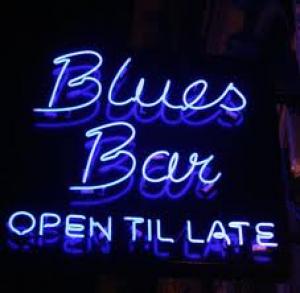 Hello Surf Reporters. I’m sorry I’ve been away so long, but I just couldn’t do it. Do you ever reach a point when you’re expending whatever emotional and physical energy you have left, simply to survive? And there’s nothing remaining in the tank for enthusiasm or laughter, or even human interaction? Yeah, me too.

I don’t want to get all Oprah on you folks, god knows. And it’s not a big deal — just a touch o’ the blues. But things need to change. And I’ve been working on some stuff in the background, creating a tiny sliver of hope to which I’m able to cling.

Whenever I hear someone bitching and moaning about their situation I always think to myself: “Well, change it, then. Endless complaining ain’t gonna help.” It’s all so simple when you’re on the outside looking in, but it feels way more complicated when the roles are reversed. The dirty little secret: it’s NOT more complicated.

So, I’ve put some fairly radical things into motion, and I’ll let you know what’s going on, ASAP.

I’ve also been waiting on a super-important phone call for weeks. I knew it was going to drag out, but it’s gotten ridiculous. And I’m one of the world’s most impatient men. This is driving me INSANE. Get it together, people! Jesus J. McChrist. I’m teetering on the edge out here.

I got home from work at 2:30 this morning, and took Toney to the airport at 4:30. She flew to North (or is it South?) Carolina, to spend a few days with her crazy sister, and her totally normal cousin from Philly.

She kept wanting to cancel the trip, because we can’t really afford such things. But I pushed for her to go through with it, because she needs a change of venue, as well. Any opportunity to step outside this murky little snow globe of raw sewage we’re living in should be taken, I reminded her. And she arrived down there before noon, and was already drinking a microbrew at an outdoor cafe when I spoke with her around 1. Good deal.

I slept for about four hours, and was wide awake. So, I’ll be crashing hard around 7 pm. I know how these things go. But, I took a vacation day… so it doesn’t really matter.

I know we’ve done this one before, but I’d like to know about the times during your life when you felt stuck, and managed to extract yourself. In the comments section, please tell us about the major reboots you’ve been able to pull off. I need the inspiration.

And just so this one isn’t a TOTAL bummer, here are a couple of things I’m actually enjoying right now:

The new album by The Old 97’s. Rhett Miller is a great songwriter, and anything he releases — band or solo — goes into the Automatic Buy category. This new one is especially good. It rocks, and the lyrics are often hilarious. Definitely recommended. I think it actually caused one side of my scowl to disappear for a few minutes. Check out the first song on the album.

Also, the new memoir by Sara Barron. Her first book was freaking hilarious, and right up our alley. The new one is equally good. She sees things the way we do, and if you’re looking for a funny book with a smattering of bathroom humor, etc., grab either of her memoirs. They’re inappropriate in all the right ways.

And I’m gonna turn it over to you guys now. In addition to your UNSTUCK stories, please also tell us about the things you’re currently enjoying. If anything.

And I’ll try not to be gone for so long this time. Sorry about that. Will somebody please pass the hot water bottle? Sheesh.