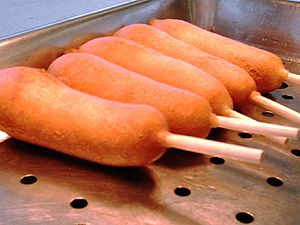 It pains me to announce this, but I’ve lost the luxurious fur-lined PO Box 4, in Olyphant.  Yes, I had that thing for ten years or more, and now it’s gone.  I went there yesterday, for the first time in a couple of months, and it was all locked-down.  My key might as well have been a stick of Fruit Stripe gum.

The Olyphant post office used to be convenient, back when I was working my previous job.  But now it’s very much out of the way.  It was Box 4, though, and I didn’t want to give it up.  It was such a low number, and everything…

I had a bad feeling, and was afraid I’d let it go too long between visits.  It felt like my bill was probably past-due, and I hadn’t cleaned out the pizza coupons for a long, long time.  And when I got there yesterday, my fears were realized.

It’s a shame, but at this point it was pretty much a coupon repository, and little else.  I did still receive an occasional zine there, and that’s cool.  But I guess I can fill out a change of address card, right?

It makes me kinda sad…

I ran a bunch of errands yesterday, getting things caught-up, etc.  And that’s why there was no update.  Sorry ’bout that.  But my life had gotten out of hand during the previous week, and I needed to bring some order to it.

I finally got a haircut, for one thing, and it was hilariously overdue.  I could barely hold my head up, because of the weight; I was on the verge of needing a neck brace.

The woman started in on my cranial disgrace with her clippers, and I was afraid they might catch fire.  Everything was bogging down:  the buzzing was changing tone, and cutting in and out.  “Whew, this stuff’s thick!” she said.  Heh.

Once again I was asked if I wanted my eyebrows “done.”  And I don’t care for that.  It’s an old man procedure, if there ever was one.  But I gave her the go-ahead, and she tamed my wild Andy Rooney brows, or whatever.  Again… sad.

I also had a hard copy of my “book” printed, and sent it off to Duff in New York.  She’s going to read it, and pass it on to a couple of professional comedy writer friends, who’ve agreed to provide feedback.  I’m looking forward to some opinions on the second draft.

I had lunch at Subway, and the place was lousy with Boy Scouts.  Not little kids, either… high school aged Boy Scouts.  They were all uniformed-up, with sashes and patches and the whole nine yards.  And a too-large percentage of them were loud and obnoxious.

Don’t they take some kind of oath at the beginning of their meetings?  I seem to remember doing that, but can’t recall if general douchebaggery is covered.  Can anyone help me out with that?

A couple of these “scouts” went around collecting everyone’s plastic sandwich bags, blowing them up, and popping them.  And for some reason, they believed this was funny.  That’s gotta be a violation of the oath, right?

Then I went to Target, to buy Ivory soap and a new pair of sunglasses.  A few days ago I was inside a post office, trying to mail some t-shirts, and ended up throwing a womanly hissy-fit and breaking my glasses.

There was an asshole with an accent in there, gumming up the works.  I don’t know where he was from, possibly one of the eastern European countries, but it doesn’t really matter.  He was mailing a letter, and asking roughly a million questions.

Can I get an email confirmation of delivery?  How much does it cost to get a signed confirmation?  How about insurance?  Can I get my letter insured?  And the person on this stamp?  Who is the man?  I do not know this man.

It went on and on, and as soon as the clerk started to answer one question, he’d interrupt with another.  He was a one person question mill, and didn’t seem to care too much about the answers.

Finally I snapped, and shouted, “This is ridiculous!” and left in a dramatic fashion.  And as I passed through the door, full of triumphant outrage, I smashed my sunglasses against the facing.

You know the arm that rests on top of your ear, and stabilizes the whole operation?  One snapped completely off, but I continued wearing the glasses anyway.  And with only the left arm, one lens was always radically higher than the other.  It wasn’t an ideal situation.

So, I went to Target to get a replacement pair, but it was not to be.  Their selection was surprisingly small, and everything was too expensive.  For me, anyway.  I’m not paying twenty bucks for a pair of cheap plastic sunglasses.  What am I, a complete idiot?

I grabbed my soap and a Dean Koontz paperback, and went to the dollar store near our house.  There, they had a whole rack of ESPN brand sunglasses (who the hell knows?) and I bought a decent-looking pair for a buck.  Good enough… screw it.

By that time the Secrets were out of school, and I was on shuttle-bus duty.  They’re fairly high-maintenance, and my car was full of various kids for an hour or more.  Then I had to make part of dinner: the side dishes that went along with the chicken cooking in the Crockpot.

And that’s why I didn’t update the site yesterday… Is it a good enough excuse?  I hope so, ’cause that’s all I got.

Please remember that I’ll be taking pre-orders for the new summer shirts, until next Friday only.  If you’d like one, be sure to order soon.  This is going to be a genuine limited edition, and I won’t be buying extras.

So, order today!  Here’s your link.

I’ll leave you now with the Question of the Day:  What would you like to be the name of your first album?  It doesn’t matter if you’re not musical, or anything like that…  We’re just playing around here.  So, don’t be getting all literal ‘n’ shit.

The name of my first album will be Corndogs & Swamp Ass.  And now it’s your turn.  Use the comments link below.

And have a great weekend, boys and girls!