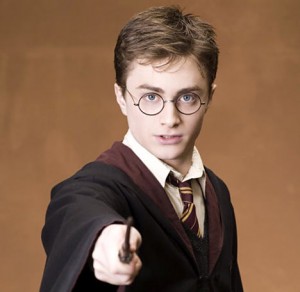 I know it’s still early in the season, but I’d like to remind everyone to please use our Amazon links while doing your holiday shopping this year.  It costs you nothing extra, and I’ll receive a small percentage of whatever you spend.  Everybody wins!  Plus, it’s so much better than going out to stores and rubbing up against weeping rashes and riffled ass fat.  Don’t you think?

Might I suggest a tank for Mom?  Some bleachers for sis?  A Japanese butthole book for Grandpa?  Amazon has everything!

This is open to change, and probably will multiple times, but as of this writing Nancy, Nostrils, the translucents, the hammerhead snapping-dog, Sunshine, Mumbles, and Toney’s brother are supposed to be at our house for Christmas.  Yep, the whole crazy gang…  I hope it happens, I really do.  It would translate into a month’s worth of comedy gold.

Toney talked to Nancy on Sunday, and they’re already preparing for Sunny’s holiday visit to their house in North (or is it South?) Carolina.  They’re planning to spend hundreds of dollars for Japanese-style screens, so S&M will have extra privacy while sleeping.  (WTF?)  Toney told Nancy there would be no screens at our house (I mean, seriously), and Nancy sighed with sadness.

Also, Nancy and Nossy are paying for Toney’s brother to fly out here from Nevada.  He’s pushing forty, and can never pay his own way, because he spends all his money on ludicrous, breathtakingly-expensive sneakers, and wrestling pay-per-view events.  And he’s bitching because they’re not direct flights, and he’ll have layovers in Atlanta.  Heh.  Toney had a few things to say about that, as well, which caused more exhalations of disapproval.

Eventually they started talking about birthdays, because there are a bunch of them at our house during November.  Nancy wanted to know what our younger boy would be receiving, and Toney told her he wanted a video game.

“Oh my god!” Nancy shouted.  “There’s a poster of that horrible thing at Toys R Us, and our boys won’t even walk past it!  Aren’t you afraid it might cause psychological damage?”

And just as a reminder, one of the see-thrus is now in middle school, and the other two aren’t far behind…

Toney assured her our boys have plenty of games like that.  In fact, they’re playing one right now – something to do with World War II.

“I don’t understand why there are games for children, about World War II,” Nancy said.  “Do they show them loading Jews into ovens?”

Toney laughed and said, “No, it’s just shooting guns and dropping bombs from airplanes…  You’re always the good guys, and it’s not so bad.”

“Well, it’s hard to say who the ‘good guys’ were during that war.  American soldiers committed more atrocities than anyone…”

“It’s a video game!” Toney shouted.  “Not an investigative report.”

“Well, the brothers would never be able to handle all that violence and turmoil.  We rented The Pink Panther a few nights ago, and (the youngest translucent) cried and cried because Steve Martin fell down a flight of stairs.  He screamed, ‘Injuries are not funny!’ and we had to turn off the TV and sing to him as a family, to quiet him down.”

That’s right, she now calls them “the brothers.”

Later in the month one of the see-thrus will have a birthday, as well, and Nancy and Nostrils will be throwing a party for him at their house.  The brothers are planning to perform scenes from various Harry Potter movies (word for word), for the assembled guests.

What a grand gang of weirdos…  I can almost feel the facial charley horses that will be triggered by all the fake smiling in that room.  And I can hear the dads muttering, “Hooooly shit…” while driving home.

Hopefully we’ll get to see video footage of this extravaganza, at Christmastime.  The oldest boy likes to play Hermione, and sometimes argues with an “Asian girl” at school about it.  So it should be quite a… pageant.

Later in the day, the birthday see-thru will get to play LEGO with Nostrildamus — using one of Nossy’s private sets, which are usually off-limits to the brothers.  The other two boys will be sequestered in another part of the house, while Nostrils breaks out one of his personal LEGO sets.  And magic will be in the air!

So, you see, I’m really hoping these Christmas plans don’t fall through.  Sunshine and Mumbles are not in the greatest of health these days, because of the cumulative effect of years and years of living for today, and they rarely leave the couch.  But I’m sure Sunny is still capable of stirring things up, when the timing is right.  Like other great performers (Sinatra, Jack Benny) she’ll be executing her “art” to the very end.

Stay tuned, my friends.  There should be more to report, during the coming weeks.