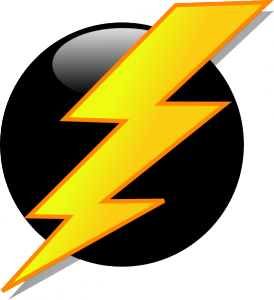 Yesterday I was retrieving the mail, and a spider (I presume) bit me on the right hand.  It was inside the mailbox, lurking like a punk bitch.  When I reached in to remove the new issue of Entertainment Weekly (aka Crapper’s Companion), and some bills we can’t pay, I felt a sting on the side of my pointer finger.

“Son of a bitch!” I hollered, and saw the red spot immediately.  Then I went looking for the culprit, but it had somehow escaped. So, I’m only guessing it was a spider; I’m not 100% sure about it.

But my finger and hand swelled up during the evening, and I was starting to get a bit worried.

When we lived in California our garage was full of indestructible black widows, and I was convinced I’d be thrown into cardiac arrest every time I went out there to remove a load of towels from the dryer.  It wasn’t a comforting feeling, living under the same roof as a creeping army of death, I’m telling ya.

And that’s exactly what I thought about, when I felt the pin-prick on my hand yesterday:  I’m done.  The bastards finally got me…  My carcass will be popping and whistling inside the cremation furnace by sundown.

I watched my hand all evening, at work, and it changed colors and shapes several times.  But it never really got too crazy, so I just let it do its thing. I was concerned, but allowed it to cycle through its many incarnations.

And this morning I’m back to normal.  I’ve absorbed the poison and am moving on, thank you very much.  I’m very pleased with my poison-absorption abilities.  Who knew?

Have you ever been bitten by a poisonous spider, snake, scorpion, jellyfish – or anything along those lines?  What happened?  One Mickey Mouse hand?  What?  Please tell us about it in the comments.

Back in 2007, after Warner Bros. shit me out like yesterday’s cheesesteak, I set up a bunch of automatic email alerts, so I would always be aware of job openings in the area.  They’re delivered to a special mailbox, and it’s still in operation – more than four years later.

I only check it once or twice per week, because the “opportunities” are depressing.  It’s usually either part-time cashier at Rite Aid, or nuclear physicist – nothing in between.

But yesterday I went there, and saw this:

I can’t even follow it.  What the hell?  Trapeze performer/kiln operator?  Does that make any sense to you?  And what do they mean, silk?  It was delivered under the keyword “operations manager.”  Wonder how many prospective flying trapeze instructors they’ll find in the greater Scranton area?

Needless to say, they already have my resume.

This afternoon I bought a large regular coffee at Starbucks ($2.36), and drank it while I wrote the paragraphs above.

And I’ve said it before, but I’m going to say it again… With Starbucks in almost every American town at this point, why is there a need for laxatives to still be in production?  It seems like they should be a thing of the past at this point.  Right?

I don’t want to be too graphic here, but my bowels were just torn asunder…  I Frankenstein-walked to the upstairs bathroom, and it was like I was blowing insulation into an attic up there.  It was far from pleasant.  However, what it lacked in enjoyment, it almost made up for in quickness.  It was like a single bolt of lightning from my ass.

Anyway… Is there a food or drink that has that effect on you, every time?  When I was a kid I couldn’t drink Sunkist soda while I was on my paper route, because it would ALWAYS lead to an accelerated Frankenstein-walk, and a look of sheer terror in my eyes.

But what about you?  Is there anything that gets you going, without fail? What triggers your own personal Starbucks Lightning?  We’ll need to know about it.  Please use the comments box.

And I’m throwing in the (spider) towel, my friends.  Thursday is my tired day, according to Nancy.  And she’s kinda right…  Although I don’t spend it moaning in bed with a hot water bottle on my vagina, like she would expect.  I am a little zombified, though.

I might update again over the weekend, but we’ll just have to play it by ear.

Now playing in the bunker
Only a few $10 Surf Report shirts remain!