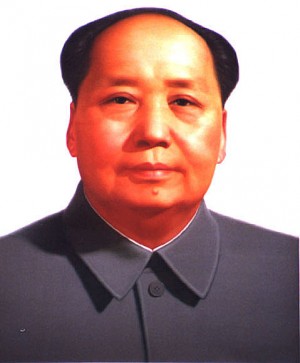 Steve and I decided we’d meet in Wilkes-Barre last night.  I’d leave my car in the parking lot at my job, and we’d head to Philly from there, and the much-anticipated Eels concert.

And while I was driving toward my workplace, the Emergency Broadcast System broke into the radio station I was playing, with a weather warning.  Hell on earth was about to be unleashed on Luzerne County, they said.  Simply fantastic…  I was apparently headed straight into the heart of an ass-kicking storm.

Indeed, by the time I was parked it was raining sideways and the sky was completely dark.  Lightning was striking all around, and I thought my car might tip over because of the shockingly powerful wind gusts.  It was like Armageddon out there.

Steve parked beside me, and I made a run for it.  It was no more than an eight-foot journey, but I was fully and completely soaked when I crashed into the passenger seat of his car.  “Shit!” I was hollering, afraid my phone had gotten wet.  And we all know how cell phones react to moisture…

But everything was OK, and we jumped onto the luxurious Pennsylvania Turnpike, navigating through black sheets of rain.  There was water standing everywhere and I was concerned we might hydroplane, slingshot into the woods, and roast alive at the base of a tree.  It was crazy, and it lasted for a long, long time.  I think we were riding inside the storm, progressing at the exact same speed.

We finally made it to Philadelphia without incident (it took way too long), and it stopped raining.  Then we somehow got mixed-up, and parked two or three blocks from World Cafe Live, where the Eels were scheduled to play.  We thought we’d parked right next door, but something was askew.

Steve said he wanted to change his shirt (he was wearing a Packers jersey and said someone might kick his ass), and he did so in the parking lot.  “I saw that Packers shirt!” someone yelled from a distance.  “I saw it!!  Hahahaha…”  WTS?  It was some guy, way on the other side of the lot, holding a can of beer.

As we walked toward the theater, we passed a cool looking Irish pub, and I told Steve it was a shame it was so freaking late, or we could have dinner (and beer) there.  But we were behind schedule, and we’d decided to grab something to eat at the venue.

A guy who looked like Randy Newman checked our IDs, and I asked him if we could get some food in this place.  It was well past my feeding time, and I wasn’t going through the entire evening without dinner.  “No food tonight,” he reported.  “Other than slices of lime in the mixed drinks.”

Grrr…  This was turning into a fiasco.  I asked if the opening act had gone on yet, and he said, “The ventriloquist will be going on in about fifteen minutes, then Jesca Hoop will perform.”

“Ventriloquist?!”  Steve and I both shouted.  And the guy just shrugged.

So, we hoofed it back over there, and passed a parked truck selling “Caribbean soul food,” and it smelled incredible.  There were people standing around on the sidewalk, eating out of Styrofoam containers, and I wanted to stop and get fully involved with my own container of goodness.  But I also wanted beer, so we continued to the bar.

Steve had bought some Eels shirts, and took them to his car while I got settled inside the pub.  I ordered us two Dogfish Head 60 Minute IPAs, and good god, is that stuff good.  The best beer in the world?  Quite possibly.

Eventually Steve returned, and he said he’d had a conversation with the hollering guy in the parking lot.  Turns out he was going to the show, too.  And, Steve reported, he’s completely smashed.  There was a woman with him, also downing beer, but not nearly as drunk.

We both ordered shepherd’s pie, and it was excellent.  Harp was the second beer of choice, and everything went down just fine.

Then the guy showed up: the parking lot dude.  He was reeling, and shouted a greeting to Steve all the way across the bar.  “Hey, man!!  The Eels rule!  Whoooo!!”  WTF?  He and his date continued drinking, and said they’d be following us to the theater, since they didn’t know the way.

Excellent.  I knew we’d never get rid of this guy, he was trashed and radically overexcited.  He was obviously the type of person who downs a few drinks, and thinks the whole world is his friend.  I worried he’d be attached to us for the rest of the evening.

But by the time we left the bar, they were gone.  Thank you, God.  We walked past the soul food truck again, and it made me sad not to buy anything.  The smell was amazing.

We arrived back at World Cafe Live around 9:50, and the Eels were taking the stage as we walked in.  The timing was perfect.  The first two songs were quiet, slower tunes, then the rest of the band kicked in.  And they rocked the joint.

Around song number five our buddy was by our side again, now looking a little like Chairman Mao.  His face was round and shiny, and his eyes were just slits at this point.  He was drunk off his ass, and smiling from ear to ear.  “Where you guys from?” he slur-hollered, while a song was being performed, and didn’t want to stop talking.  I tried to ease away from him, but he followed me.  And now I didn’t even have Steve to help me out.

“I wanted to see the Blinking Lights tour, but my wife was nine months pregnant — the bitch!” he announced.  Nice.

Then he began yelling, “Mark Oliver Everett!  You the man!!”  Using the Eels leader’s full name, which made me laugh…  He continued doing this, but started getting it mixed up.  “Mark Everett Oller!” he yelled at one point.

Finally his wife (I presume) pulled him away, and we watched the rest of the show in peace.  Well, except for the human head on a wheelchair that kept going past, over and over again.  I’m serious, I don’t think there was a body, just a detached head.  Someone was pushing the chair, of course, and they seemed to be always in motion.

The sound in that place was amazing, quite possibly the best-sounding show I’ve ever attended.  And the Eels played for about ninety minutes.  They focused on material from their most recent three albums, and seriously reworked the older songs.  “I Like Birds,” for instance, was all punked-up and as fast as any Ramones tune.

It was a great show, one of the best Eels concerts I’ve seen so far.  “Thanks! Let’s do it again sometime!” Mark Oliver Everett shouted at the end of the second encore, fulfilling the showbiz goal of “leave ’em wanting more.”

And when we got back to our car, our friend was there, puking beside a minivan.  I suspect he doesn’t remember much about last night, but he had a good time.  I can verify that fact for him, if necessary.

I should go to more shows… I really should.  It’s a great time, every time.  Even when we have to drive through a monsoon to get there.