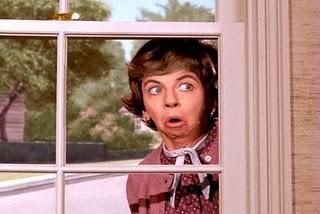 Toney talked to Nancy Saturday morning and she had all sorts of plans laid-out, so her family might better cope with the horrors of daylight savings time.  Every time the clock is changed, needless to say, it sends the entire bunch spiraling into an extended state of disorientation and pronounced vertigo.  It’s one hour!

But Nancy had a full day of strenuous exercise planned, along with a special menu, so everyone might be tired and want to fall asleep early.  She’d been dreading this day for weeks, she said, because it’s always filled with hysterical crying jags and people thrashing about in confusion and misery, beneath the covers.  I guess it sometimes take two full weeks until everyone becomes fully acclimated.

You might think I’m exaggerating, but you would be mistaken.  These are the same people, remember, who are bedridden with jet lag following a short flight within the same time zone.  Charlotte to Atlanta?  Yeah, that’ll require two days of recovery. Get out the hot water bottle…

Nancy is also OBSESSED with a neighbor who bought a brand-new Subaru which, she says, cost $35,000.  She told Toney the people didn’t even need a new car, and she just can’t let it go.  She says she finds herself standing by a window for ten or fifteen minutes at a time, staring at the vehicle parked in the driveway next-door, just seething with anger.

What the hell, man?  Is this the inevitable crack-up in progress?  It’s classic Nancy that she would presume to know what somebody else might need.  And what does need have to do with it, anyway?  Maybe they just wanted the new car?  How is that any of Nancy’s business?

But it’s gone beyond the classic Nancy, now.  It’s started to transition from standard kookery, to something else.  I think she’s slowly losing her grip, I really do.  Stay tuned for further developments.

And speaking of neighbors…  Brad and I were having an email conversation this morning, about someone in his neighborhood who might or might not be one of those adult baby weirdos.  You know, the ones who wear enormous diapers, suck on an oversized pacifier, and cry for someone to change them because they just made poo-poo?  Heh.  There are reportedly rumors…

And I’d like to turn that into the Question of the Day.  In the comments section, please tell us about your strangest neighbors.  In your estimation, anyway.  I think most neighborhoods and apartment complexes have a few curious characters around, and we need to know about them.  Even if it’s just based on rumors, or speculation.  This ain’t a deposition, dammit.

I’d have to say our strangest neighbor is a woman I call High Neck.  She has three kids, all of whom have the peanut allergy, somehow.  When they were in grade school she was always raising nine shades of hell, and trying to ensure that not one particle of peanut dust be allowed to settle within a hundred yards of the school.  She was responsible for all sorts of extra precautions being administered there, beyond the normal hysteria.

She used to chat with Toney a little, and was odd but friendly enough.  Her husband looked like Gino Vanelli, and apparently just hung around the house writing poetry and playing acoustic guitar.  Supposedly he inherited a bunch of money, and didn’t need to work.  And he couldn’t have been more unfriendly and aloof.

Then the woman started walking around town with all sorts of metal apparatus around her neck, like scaffolding or something.  I never knew what happened to her, but she was all hyper-extended, and looked like those women in National Geographic with hundreds of rings around their necks.

Their yard (previously a showplace) was now a shithole, and Vanelli seemed to live there on a sporadic basis.

Post-scaffolding, High Neck’s personality changed, and she wasn’t friendly, either.  Toney greeted her a few times, when she walked past our house, and the woman just grunted a half-hearted response and kept walking.  I don’t think she was mad at Toney for anything, she just seemed to have changed.

And now she has roughly fifteen dogs, all of which are different breeds and sizes, and she walks them two or three times per day, all at the same time.  She moves around the neighborhood inside this pack of miscellaneous hounds, her neck a little longer than normal, with no expression on her face whatsoever.  And at this point she won’t even respond to a greeting.

So, there you go.  If you have anything on this subject, please let ‘er rip.

And I’m going to work now, where the ball vise is ready and waiting for my arrival.  Ugh.  Last night sucked, and tonight promises to be worse.

But I’ll be back tomorrow.