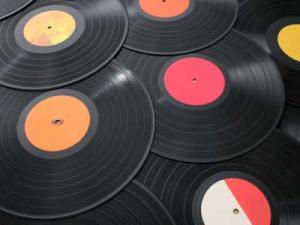 Hello Surf Reporters! Today has been lazy as a mofo, which means I’m sitting here beating myself up. My weekend starts when I climb off the platform on Thursday morning, and ends on Sunday at 2 p.m., when I leave for work. And I feel like it’s my duty to maximize the hours in between.

Today I’ve screwed around on the internet, drank a pot of coffee, talked to my brother on the phone, and listened to all three albums by the Kooks. Yes, I’m a regular ball o’ fire.

To make matters worse, I read an article this morning in which the author reveals why he believes many people aren’t successful: poor communication skills, and a shitty work ethic. So, I decided I’d better take my laptop to the library (I do better away from home, for some reason) and get down to business. The dude was shaming me.

On Monday I was about to post the Suburban Oddball update, when the power went out. There was no advance warning: no flickering or dimming, or anything of the sort. Everything just suddenly shit the credenza.

I got ready for work, and kept flipping on non-responsive light switches out of habit. I was hoping it would only be a minor setback, but after 90 minutes… still nothing. Screw this, I thought, I’ll just go somewhere, have lunch, and head to the office.

So, I drove to Moe’s, where they have a really good $5.55 Monday special. But all the employees were sitting outside, and the front doors were propped open. What the?

“No power!” they screamed at me, as I approached. Dammit! All my pleasure centers were calibrated for burrito.

I headed on down the road, and noticed that every fast food place was dark and closed. Weird. I hoped the terrorists weren’t hitting us where it hurts the most… Finally, I drove far enough that I could see lights again, and whipped the steering wheel toward a Subway.

I drove all the way to Wilkes-Barre, where the power outage couldn’t hurt me anymore, and ate at a battered and threadbare Wendy’s. There was a guy in there holding court, and talking loudly about local railroad history. He seemed both knowledgeable and pleased with himself. It irritated me that I was halfway interested in what he was saying.

The entire situation was annoying, but it allowed me the opportunity to spend some extra time with the Monday update. I posted it on Tuesday, and think it was better than most. If you agree, I’d appreciate a little Twitter love. I’ve even gone to the trouble of typing out the message for ya. All you have to do is go here, and hit TWEET. Thanks in advance!

A few days ago I was listening to a business podcast, and the guy was talking about factory tours. He said the Heinz Ketchup company was the first to offer daily tours, back during the late 1800s. And it was a game-changing, revolutionary concept. Prior to that, factories were mysterious places, which only workers and investors were allowed to enter.

The guy was making a point about the value of transparency, but it got me to thinking about such tours, and the ones I’ve taken in my life.

I’ve been on several brewery tours, including Yuengling (multiple times, because it’s so kick-ass), Anheuser-Busch in Florida somewhere, and Ommegang in Cooperstown, NY. There might be others, too.

I also remember touring a giant industrial bakery in Charleston, WV, when I was a kid. The smell was overwhelming, and some of the kids loved it, and others were on the brink of vomiting. I was in the latter group… the shit was thick. They gave us an oatmeal cookie at the end, I recall.

One of the coolest factory tours I’ve experienced was at my old place of employment: a mind-bogglingly huge CD/DVD/LP manufacturing plant. It was as big as a city, and had its own zip code (no joke). Thousands of people worked there when I started, and they gave me the full-blown golf cart tour on my first day.

They still made vinyl albums, at the time, and a roomful of old ladies in gloves were sitting there placing them into sleeves. They got paid by the piece, and had been there for decades. The guy told me they’d purchased a machine years ago, to automate the process, but the old ladies were actually faster. I stood there watching them, and it was just a blur. Crazy.

The DVDs and CDs were made in clean rooms, and the workers were in full-blown Hazmat suits. It was like a massive medical lab. They showed me a high definition DVD, years before they were available in stores, and I couldn’t believe it. My brain was having trouble processing the picture; I’d never seen anything like it.

It was great fun, and I worked there for seven years… and never again revisited many of those sections of the plant. It was gargantuan, and like something out of a James Bond movie. I think 250 people work there today, and 80% of the place is powered-down. It’s sad.

And now I’d like to know about the coolest factory tours you’ve experienced. I didn’t think it was possible, but I believe this is a Question we’ve never

pondered before. Please use the comments link below.