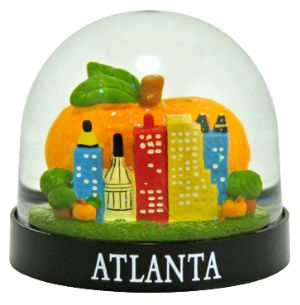 This is going to be a quickie…  So, let’s just get right to it, and not waste time making excuses.

I downloaded the Instagram app this weekend, and here’s my first offering.  Is that a great pic, or what?  It captures the essence of Andy.  He’s a fantastic animal.  Some days, when I’m feeling especially whiny and pussolated, it feels like he’s my best friend in the world.  I love that dog.  …Even though he smells like an open grave.

If you want to friend me at Instagram, or follow me, or whatever the hell, please do so.  I don’t really know what I’m doing yet, but I’ll eventually get ‘er under control.

What do you think about this?  It doesn’t surprise me, whatsoever.  Nope, not one bit.

Last night at work I had no Mountain Dew pick-me-ups, or Snickers boosts, or anything of the sort.  I’m trying to take the doctor’s advice, and cut down on caffeine and salt, and maybe drop a few pounds of riffle weight while I’m at it.  Yesterday Toney made me a gigantic salad, with all manner of ingredients (including grilled chicken strips), which I’m going to eat for lunch this week — instead of those Marie Callender’s sodium bombs.

So far, so good…  I’m not going crazy with it, just making a few minor adjustments.  I like real salads just fine.  What I don’t like, are those slimy “healthy” versions.  So, this shouldn’t be too much of a chore.  And I use very little dressing, so it’s gotta be a fairly decent alternative to the frozen salisbury steak and taters every day.  Right?

The older boy got his learner’s permit on Saturday, and Toney and I let him drive a lot during the weekend.  It was nerve-wracking, as well as excruciating.  He does pretty well (undoubtedly better than I did), but he’s still in the very early days of this thing, and is far from an expert.

“You drive this fast on this street,” he said.

“Oh, sorry.  I didn’t mean to downplay your immense driving experience.  Just do what I tell you, and don’t argue.  Or you’ll be back on your bike.”

And that’s pretty much how it went.  But he’s fine.  He’ll have the feel of everything in a week or two, and will improve quickly.  And I’ll just have to grit my teeth until then, and try not to grasp the dashboard in fright.  Shit.

Over the weekend Toney and I talked about maybe making a trip to Atlanta this summer.  We’ve planned such a trek before, and it didn’t pan out.  But we’d love to take the boys down there, and show them around.  The older one was born there, but we moved to California when he was six months old.  So, it’s completely foreign to both of them.

It’s really weird, since that city was so important to both Toney and me, but we haven’t been there in almost 15 years.  And the boys don’t know it, at all.  So, we’d like to take Black Lips Houlihan to my parents’ house, and continue to Atlanta for a few days.  We’ll see if it actually happens.  I wouldn’t be placing any large bets on it…

And I’ll use that as our Question of the Day.  It’s fairly basic:  Do you have any travel plans for the summer?  If so, please tell us about it.  Use the comments link below.

We haven’t traveled since the hefty Warner Bros. checks stopped arriving, and we’re going to try to change that during the summer of 2012.  I’m feeling Atlanta’s pull, and also Myrtle Beach.  We’ll see how it goes.  What do you have cooking, on the travel front?  Please bring us up to date.

And I need to stop right here.