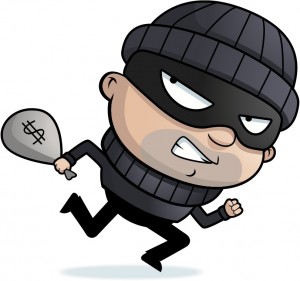 On Saturday we went looking at new lawnmowers, since ours was still nothing but a prop.  The grass was getting tall again, and I can’t afford (financially or emotionally) to pay some dude forty bucks per week to mow it.  And I learned that a decent mower is freaking expensive.

Since our yard is like a football field on a slant, I need a self-propelled model.  If I shoved one of the old 1970s-style mowers back and forth across that crap, my shins would probably burst into flames.  And since I hate to buy the absolute cheapest of anything — I prefer the mushy middle — we were looking at roughly $300.  Just to get back to where we were a few weeks ago…  Grrr…

We returned home without buying anything, and I decided to check craigslist.  Maybe I could find a good used model?

Some dude in Dunmore, a town not too far from us, had a self-propelled Craftsman listed, for $140.  I called him, and… long-story short, he delivered it to our house an hour later.  It’s definitely used, but seems to have been well-maintained.  I ended up giving him $120 for it, and mowed our yard that same evening.

So, we’re back in business.  At least with the lawn…  The dishwasher is still deader than the Class of 1924, but at least one of our many aggravations has been rectified.

Yesterday our younger boy was home alone for an hour or so, and something weird happened.  He was downstairs killing zombies or whatever on the BAT, when Andy started barking.  Our son went to investigate, and saw a white beat-to-shit van driving slowly past our house.

He stood and watched, and the van went on down the street, but suddenly braked and came back.  It stopped near our driveway, and some scraggly meth-freak looking guy got out and walked toward our house.  Andy, needless to say, was going completely wild, and our son retreated to the family room downstairs.

He called Toney, who was nearby and said she’d be there in two minutes.  Andy continued going ass-over-tits, so he peeked around the corner of the stairs, and saw the guy standing on our porch, looking through our front windows.

What the hell, man??  He never knocked or rang the doorbell, he was just peering into our house through a window.

He left before Toney arrived, and she went looking for the white van.  But she didn’t find it.  She did call the police, however, and they didn’t seem too concerned — since ol’ Jesus Beard never threatened anyone, or tried to break in, or anything.

But I don’t care for it.  I think the guy WANTED to break in, and chose our house because there were no cars in the driveway.  If Andy hadn’t been snarling in his face, it might have been a bad, bad scene.

And speaking of the Secrets, the older boy has been almost completely incommunicado since he went to Penn State.  I know it’s only been since Sunday, but we haven’t heard jack shit from him since the first night.  Toney texted him yesterday, to see if he was OK, and he replied (two hours later), “Yeah.”  An absolute font of information!

I guess it’s to be expected, but it would be nice to get a brief report once per day.  Ya know?  Just a short update.  Oh well.  I’m trying not to allow my imagination to run wild, but it’s not an easy thing to turn off.

And I need to be at work today and tomorrow one hour earlier than normal.  So, I gotta call it day.

For a Question, please tell us your stories about home break-ins, or creepy strangers in your neighborhood similar to our meth-freak window guy.

Also, have you had any positive or negative experiences with craigslist?  I think that mower transaction was my first time using it.  I think…