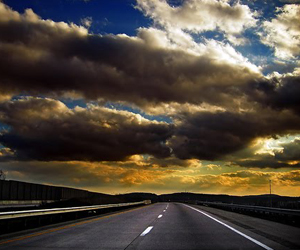 A few minutes ago I let our dog Andy (Black Lips Houlihan) out to sling some urine and whatnot, and was standing on the porch officiating. I was enjoying a cup of Eight O’clock coffee, amazed at how beautiful it was out there: perfect fall weather. Sometimes I forget about the real world.

Then a bee buzzed me, and a couple seconds later… another one. What the hell, man? Bees don’t scare me much, but when it gets this late in the season they become a little crazy. Ya know? And these things seemed like they were trying to make a point of some kind.

So, I walked out into the middle of the yard, and away from the bushes near our front door. I figured those shrubs might be Ground Zero for the bees, and they’d leave me alone if I walked away.

Andy was doing that annoying thing where he was turning circles — round and round and round — trying to divine the perfect spot to dump. And I was yelling at him: “Hurry up, dammit! If you’re gonna shit, shit!!” Experience has told me that putting pressure on him only makes matters worse, but I can’t physically stop myself from doing it.

And at the very moment the first yard cruller FINALLY appeared, something hit the back of my neck and went partway down the collar of my t-shirt. I shrieked like a schoolgirl, jumped two feet in the air, and slung coffee halfway to the street. My heart lurched into action, and I braced for the pain of a bee sting.

Yeah, but it was only a leaf. Good stuff.

During the past two weeks I worked nearly 120 hours, and still posted updates here most weekdays. Not all of them were stellar… but I gave it a shot. I’ll be working a lot this week, as well. But next week I’m going to West Virginia.

I don’t see my parents nearly enough, and that fact is number 178 on my Big List of Things I Feel Guilty About. My mom and dad spend winters in Florida, so I’m going to do a quick solo run to their house before they pack it up for the year.

When I told them I was coming, I got the extremely flattering response: “Just you?” Yes, it’s heartwarming. Will somebody hand me a tissue? I’m getting a little emotional here.

What they don’t understand — or believe — is that it’s nearly impossible for all of us to get four or five days off in a row. There’s school, swim team, jobs, juvenile delinquency… So, I’m just gonna go.

In fact, I’m looking forward to it. It’s a long drive (516 miles each way), and I think all that alone time will be good therapy. My brain is racing every waking moment, and it’ll be nice to maybe clear my head via white line fever and Arctic Monkeys. I’ll be driving on Wednesday and Saturday, and doing family stuff on the days between.

However… this site can’t sit dormant for all that time. October is an important month, for reasons I’ll explain later. So, I’m going to try to post a daily update from the road. I’ll have my laptop and camera, and will attempt to document the trip, day by day. And it won’t just be tales of pot roast and mashed potatoes (although that will hopefully be part of it)… I have some ideas to make it interesting. So, please stay tuned. It’s gonna be fun, and out of the ordinary.

For our Question o’ the Day, I’d like to know about your most memorable road trips. What was the longest one? The craziest one? The one that turned out to be the most fun? And… of course, the biggest disasters. It wouldn’t be the Surf Report without the disasters.

Please tell us your road tales in the comments section below. And I’ll be back tomorrow, my friends.