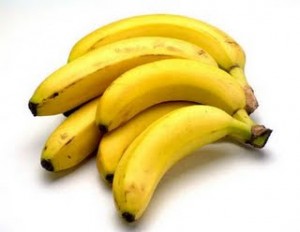 The four of us went to lunch yesterday, at Moe’s, and while I was backing out of my parking space, preparing to leave, a minivan ran into the side of my Camry.  An older woman was driving it, and had been parked in a space across from us.  I pulled all the way out, was putting my car into DRIVE, and she came straight back and: crunch.

It sounded horrible, and I feared the worst.  I’d just spent several hours on Saturday washing the car, inside and out, and it was as close to perfect as it’ll ever get.  And now the rear quarter-panel probably looked like a giant pork rind!

But, to my surprise, there was almost no damage.  There are a few scuff marks, but I think I’ll be able to buff those out.  There’s no dent whatsoever, despite the crunchiness of the sound.  Weird.  Is my car made of Tupperware, or something?  How could there be no dent?

The woman was upset, and apologetic, and I decided to just let it go.  Both vehicles were only scuffed a little, so why make a federal case out of it?  My brain chemicals were mixing in a way that I asked that very question; on another day I might’ve completely lost it, and began shouting and waving my hands around, and whatnot.

So, it was no big deal.  We didn’t even exchange phone numbers, and insurance cards were never produced.  And I’m coo’ with that.

What happened the last time you experienced vehicular metal to metal?  Did it have a satisfactory ending?  I’ve been incredibly lucky (actually, I think I should receive some of the credit), but so far I’ve had few such problems.  I hesitate to brag, because I might jinx myself, but I don’t go around crashing cars, thank you very much.

Anyway, what happened the last time you had a fender-bender, or worse?  Tell us about it, won’t you?

Also, do you take anything (other than prescription meds) to promote general health?  You know, like vitamins, or herbal supplements, or things like that?

A few years ago I went to a doctor for a physical (Dr. Dot), and she asked me to unbuckle my pants, pull my shirt up, and lie back on a table.  I was thinking:  is this going to be one of these “happy endings” situations?  But, thankfully, she just pushed and prodded on my great belly for a while.

Then she took my blood pressure and looked in my ears, and all that stuff.  I’d also gone for blood work a couple of weeks before.  And after careful consideration of the data collected, she told me to ingest the following on a daily basis, and I should be healthy for a while:

I followed her advice for a while, but, like with so many things, it was eventually abandoned.  I still take a multivitamin when I think about it, but almost never have a nanner or a baby aspirin.  Maybe I should get back on the Dot regimen?

Do you take anything like that?  If so, tell us about it in the comments.  You know, if you wanna.  Also, do you think it helps?  Can you tell a difference?

And finally, I’d like to alert you to an obituary that Buck sent in. Right here.  As you can see, visitation was timed so as not to “conflict with the West Virginia University Mountaineers game.”

Any opinions on this?  Please be respectful of the deceased, this isn’t really about her. And 58 is way too young… But what do you think about her family timing the wake so people wouldn’t be asked to miss the kickoff of a football game?  Heh.

And that’s gonna do it for today, boys and girls.  If you haven’t voiced your opinion yet about the new REPLY feature in the comments, please do so here.