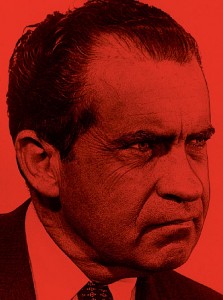 The Big Notebook of Fun is picked clean, my friends.  All that’s left, at this point, is a collection of questionable random items.  So, that’s what I’ll be serving today:  leftovers for dinner.  Disappointing, I know.  But sometimes it turns out to be the best of meals.  I’m making no promises, of course, but that’s the way it goes sometimes.

When I’m at work my cell phone gets no reception whatsoever.  As soon as I pass through the front doors I might as well be holding a deck of cards to my head.  So I just leave it in my jacket pocket.

And it’s a funny thing…  When I leave, at 1:30 am, that thing is often shockingly hot, with the battery run down.  A few days ago it was completely dead, and I felt naked driving home without a functioning phone.

It’s not the battery; the thing holds a charge like a champion.  And it’s not the phone; my old one behaved the exact same way.

What the hell?  Any ideas why this might be happening?  Is it searching and searching and searching for a network?  Is that the problem?  Or does it have something to do with the Russians and the Red Chinese?  Any input would be appreciated, because I’m leaning toward international espionage and various conspiracy theories, at the moment.

I was in the hipster record store a few days ago, and bought the new Ryan Adams CD.  While paying, I noticed a counter display filled with the new AC/DC.  Since it’s supposed to be a Wal-Mart exclusive, I asked the guy how they managed to get their hands on it.

And it was another of those Sunshine moments.  The guy was a complete dick, and gave me a sarcastic, dismissive answer.  You know, like it’s 1979 and their business model still makes sense…

Pissed me off.  I was just making conversation, and was completely friendly about the whole thing.  Why the attitude?  If he didn’t want to tell me, he could’ve just said something like, “That’s top secret.  They’d kill me if I told.”

Yeah, I have a suspicion I’ll feel a little less guilty next time I shop at Best Buy, to save three bucks.

When did the entire population of Earth go asshole?

Speaking of music, I’ve been plugging holes in my CD collection.  Today I ordered Sweets From A Stranger by Squeeze, for $3.50.  And a couple days ago I picked up a used copy of Thin Lizzy’s Johnny the Fox, for four bucks.

Since I’m using The Big iPod as a giant jukebox, I can’t stand having incomplete representations of important artists.  Know what I mean?

But I’m often only interested in a certain era, instead of the full-blown history of a band.  Like with Squeeze, I only care about the early albums, before they broke up and started talking shit about each other.  The albums that came later, after the money ran out, will not have a spot on the (obscure iCarly reference alert!) PearPod.

So, you see, my mental illness isn’t quite as bad as it might originally seem.

The iPod…  Is it the greatest gadget of the recent past?  It’s gotta be way up there, right?  It, and the DVR.  Those two things have genuinely improved my life.  What else, besides computers and cell phones (they don’t count, because I say so), would you add to the list?  What gadget or invention of the recent past has made your life better?

How about the Roomba?  Have any of you ever used one?  I like the concept, but I’ve never actually seen one with my own eyes.  Are they any good?  And when are they going to release one that mows the lawn?

Also, the Kindle…  Anyone have any experience with one of those deals?  I’m intrigued, I must admit.  And once that happens, there can only be but one outcome.

The older Secret keeps roping me into watching extended clips of Dane Cook performing stand-up, on YouTube.  And here’s some video footage of me watching said video footage.  Wow!

Have you ever known a person who has an interest in something, but is self-conscious about it?  So they feel the need to hit you with a lot of pre-scripted justifications, and trivia designed to impress?

In Atlanta I worked with a couple of brothers (actual brothers, not bruthas) who were NASCAR fanatics.  They’d get really passionate about it, which made people want to mess with them.  I remember one guy saying, “What’s so hard about riding in a car?  I do it every day.”  He was just trying to piss them off, and it always worked.

It led to all sorts of red-faced stats, like, “It’s not unusual for a driver to lose forty pounds during the course of a race!” and things along those lines.  It’s a little more than just riding in a car, they’d insist.  Riding, heh.

I also knew a guy who was obsessed with bowling.  And whenever someone made a snarky comment about it, or insisted it wasn’t a real sport, he’d bust out with, “Bowling three games with a fifteen-pound ball is the equivalent of lifting a Winnebago off a deaf baby,” or whatever.

Last night at work I consumed a sack of these things.  Yeah, they were OK, I guess.

And check this out.  Some great stuff there, including this one.

This site, dedicated to G.C. Murphy memories, linked to my recent Murphy’s Mart post.  Pretty cool, and I appreciate them calling me a humorist instead of a blogger…

But how did they know our reign of terror took place at the Dunbar store??  I never mentioned the exact location in the update, and am a bit freaked-out right now.  Do you think this might be linked to my phone being hot every night when I get off work?!  Shit!

And speaking of paranoia, my friend Tim is fixated on Richard Nixon.  I think he’s read every book ever written about the man, and there have been a lot of them.

In today’s mail there was a package from Tim that contained a CD filled (filled!) with old Spiro Agnew speeches, in which he supposedly rips “the hippies” a new one.

Do I get the coolest mail, or what?

Also included was this message from Spiro himself.  Man, he seems fired-up.  Wonder who he’s talking about?

Thanks to everyone who pre-ordered the new Surf Report t-shirts already.  I really appreciate it.  And if you haven’t, what are you waiting for?  Here’s your link.

There have been a few questions, and I’ll try to answer them now…

The design will be on the FRONT of the shirt.

It will be professionally silk screened, not ironed-on like Jimmy Carter is president.

If you’re outside the U.S. or Canada, I’m gonna have to charge more.  Sorry about that, but the post office bends me over the proverbial couch when I say “Romania,” or whatever.  I’ll add a new INTERNATIONAL price point tonight.

And I asked for a quote from the T-Shirt lady for long sleeve shirts, and they’re expensive.  I have a feeling, and I could be wrong, more folks would be unhappy with such a scenario, than  would be happy.  I might do a limited run at a later date, if there’s real demand.  Let me know what you think.

Anything else?  Ask away in the comments, and I’ll do my best to provide a speedy answer.  Ahem.

And finally, I have a fresh question from the Stealing Clive Bull‘s Topics desk.  Clive and I would like to know what’s the longest stretch you’ve ever stayed awake, and why.

I don’t have much to offer on this one, I’m afraid.

I do remember my friend Mike spending the night when we were kids, and staying up all night playing poker and watching horror movies.  The following day I felt fine, until we went bowling in the early afternoon.  Suddenly I was having some sort of freaky out-of-body experience; I think I was on the verge of full-blown hallucinations.

What about you?  Have you ever been in a situation where you were forced to stay awake for days on end?  Tell us about it in the comments.

And I’ll see you guys on Monday.