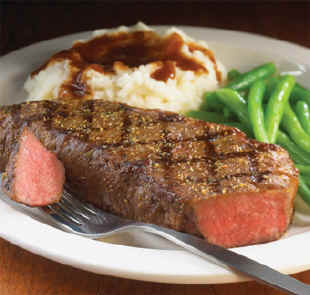 Ladies and gentlemen, the integrity of the Surf Report bunker has been compromised.  Remember a couple of days ago when I said you wouldn’t believe what was happening over my right shoulder?  Well, check this out.

It seems like months ago, but one of our original complaints when we started down the road with our freakin’ plumber, was a continuous leak in the downstairs shower.  It couldn’t be fixed via the usual methods, it was more than just a washer problem, or something simple like that.  Oh, it was deep inside the works…

And before we started on our odyssey upstairs ($$$), the dude diagnosed the problem down here, and said he’d have to order the part.  Since the house was built in 1966, and it looked like original equipment, he said it might take a while.  And it did.

He finally returned on Monday, and carved a big fucking hole in my office wall.  Look at it!  And he’s not going to fix it, either.  He told us up-front that he doesn’t work on drywall, and it would be our responsibility to have the hole patched.

In fact, he suggested I just hang a picture over it, “in case you need to get in there again.”  Yeah, great idea.  Once every forty years something breaks, so I’ll leave an open door for squirrels and field mice to leap onto my back while I’m reading Drudge.

And I can already feel coldness coming out of that hole, although it might be my imagination.  I’m not sure.

He even criticized my babyshit green wall color.

“Did you paint this?” he said.

“Not a color I would’ve chosen.”

Was that necessary?  I don’t think so, especially since he was butchering hell out of my wall.  Did I show you the picture?!

On a more positive note, the shower is now amazing. There’s so much water pressure, it almost blasts me balls-over-tits through the curtain.  And that’s the way I like it.

A few days ago I went to dinner with some people, at an expensive steak restaurant.  Since the tab was going to be handled by another person’s expense account, I went with the big Fred Flintstone NY strip.  And it was fantastic.

But when the meal was finished, one of the guys busted out some floss and started cleaning his teeth.  Right there at the table!

Everybody else acted like it was no big deal, but I was kinda disgusted.  The dude was trawling nuggets of steak and tartar from his choppers, in the dining room of a 4-star restaurant.

What do you think about that?  I know we’re all in this together, but shouldn’t some things remain private?  Shouldn’t certain activities be completed behind closed doors?

I asked him about it once, and he said he often gets to work and can’t remember if he’s prepared his pits for the day.  “Why don’t you keep it in a drawer?” I suggested.  And he acted like I was the weirdo.

Also, at the same building, a large woman once stopped by our office to talk to my boss.  She was apparently on her way to the bathroom, and had some sort of mysterious female product in her hand.  And this fact didn’t intimidate her in the least.

It was wrapped in plastic, and crinkled loudly the whole time she sealed-off our doorway.  A few times she even gestured with it, pointing in my boss’s direction, to demonstrate allegiance with whatever he’d just said.

I couldn’t believe it.  I sat there blinking real fast, pretending to study a report, as the woman continued to wave her crackling tampon around like a sparkler.

Am I the prude, or do you also think this kind of stuff is out-of-bounds?  Sheesh, I’m on the cusp of a full-body shiver just thinking about it…

Let me know what you think.  Also, do you have any similar stories to tell?  Use the comments link below.