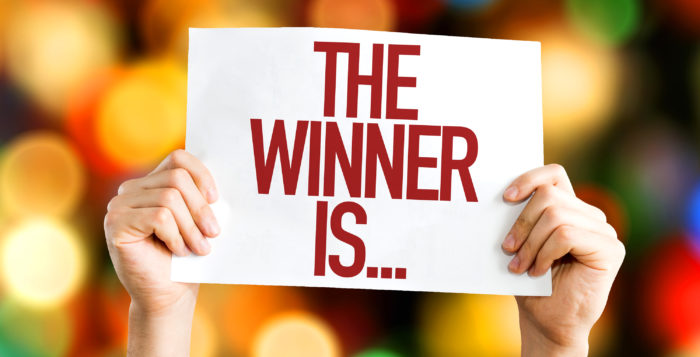 I posted a new podcast episode today. Right here. And I don’t want to get carried away, but I’m starting to feel like I might eventually get the hang o’ this shit. Past episodes have only come about after multiple false-starts, and are filled with awkward moments. But this one was knocked out in one take and, while it’s still not good, it’s better than the other four, I think. Anyway, if you’re a “patron” please give it a listen and let me know what you think. Thank you guys!

Here’s the little description I wrote for it: In this episode I discuss snottin’ and snortin’, possibly the weirdest beer in the world, forcing people in NEPA to make eye contact, a specific kind of bad driver, and the TV show Alone.

As I mention in the podcast, allergies are kicking my ass right now. At the beginning of spring, when everybody else is hockin’, I have no problems whatsoever. But at the transition between spring and summer — which is right now — I become a physical and spiritual wreck. In addition to the sneezing and the drip, drip, drip… my contact lenses are also in a state of revolt. When I pop them in it feels like they’ve been soaking all night in Listerine. Just a powerful burning for about one minute, during which I howl and jump around the room. Freakin’ hurts… After the first minute, it goes away, but it feels like I’ve got sand in my eyes all the time, so there’s a slight annoyance, all day long.

Eventually, all this will fade away, and it’ll be smooth sailing for a few months. Then it’ll kick up again during early fall. Oh, it’s nothing if not predictable. And it sucks, my friends.

Also, the heat is returning. The past week or so has been almost fall-like here, and I’ve been loving it. But starting today we’re going back into the devil’s peehole. But all the humboxes are installed — including two brand new units — and we’re prepared. I guess. The new one in the living room, by the way, has a remote control. So, now I won’t even have to peel my sweaty hams off the chair to make adjustments. Now I just need a beerbot to fetch Yuenglings for me. Or I can just say fukkit, like some people I know, and keep a giant cooler right in the living room. Heh. We’ll have to see how it goes.

Did I tell you guys I won a contest? I’m going to have trouble remembering if I wrote about certain subjects, or ranted about them on the podcast. Anyway, I entered a Rhino Records contest, trying to win a Replacements “promo pack.” The Replacements are one of my favorite bands, and Rhino recently released a fantastic live album by them, recorded in 1986. And they created a lot of super-cool promotional items surrounding the release that are hard for civilian shitkickers like me to get their hands on. The most sought-after piece is a sheet of punch-out standees, featuring each member of the band. Here’s one on eBay. And this promo-pack reportedly featured the standees and “other items.” So, I entered and promptly forgot about it. I mean, I win nothing.

But I won this one! Somebody at Rhino contacted me and asked for my address. Then a few days later I was notified by UPS that there’s a package out there from Warner Music Group, heading my way. I watched the tracking, and last Friday it was out for delivery. Oh yeah! But it never showed up. The next day I received another email saying the delivery date was now changed to Tuesday (grrr…). But on Monday I received yet another email saying it would be delivered on Monday. But it never showed up. What in the scrotum-scratching hell?? I was becoming convinced I’d never see the stuff. Right? It felt like something was terribly wrong.

But it finally showed up on Tuesday, beat all to hell. The standees are not totally destroyed, but a couple of them are coming loose from the sheet. Especially Bob, over on the right. It’s not ideal, my friends. But whatever. They also included a reprint of the ticket for the show at which the live album was recorded: Maxwell’s in New Jersey. Admission was $6. Crazy. Also there was a sticker in there that reads Rock Like Murder: The Replacements. Pretty cool. I just wish UPS hadn’t let me down. Ya know?

Have you ever won any contests like that? I’m not talking about awards at work (Key Person of the Quarter, or whatever), I mean random drawings by a company or a store or something? Back when I was 19 or 20 I won a “record run” at a local record store. It was sponsored by FM105, a radio station, and I was allowed to run around the store for 105 seconds and get as many albums over to a table as I could. And after all the restrictions and limitations were activated, I ended up with 96 albums I could take home. There were lots and lots of limitations that slowed me down.

But what about you? Have you ever won any contests? Please tell us about it in the comments.

And I need to get ready for work. Wednesday felt like Friday to me, so I don’t know what’s going on. It’s going to be a rough Thursday and Friday, I think. I’m struggling…

But I’ll see you guys again on Monday.