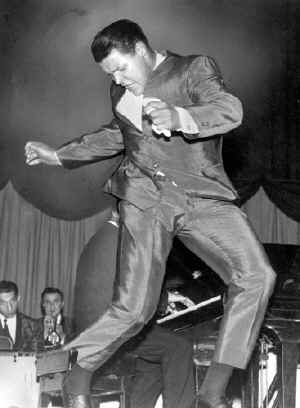 Thanks to everyone who downloaded and read A Convenience Story over the weekend.  I hope you enjoyed it.  And thanks, especially, to the folks who helped me promote the eBook, via Twitter and Facebook.  I hoist a frosty glass of what’ll eventually kill me in your honor!

If you don’t have your copy yet, what in the finger-snapping heck are you waiting for?  Grab it now, right this very minute.  Here’s your link.

I know you’re going to find this hard to believe, but our upstairs crapatorium still isn’t finished.  Today, supposedly.  On Sunday the contractor said he was going to pull a late-nighter, and get it finished “no matter what.”  And around 5 o’clock he packed up his stuff, and went home.

Hey, your guess is as good as mine…

Yes, I sure am glad the guy’s not working by the hour, because he doesn’t exactly move like Mrs. Howell on radioactive beets.  But he’s doing a good job, as far as I can tell.

It’s looking really good up there.  In fact, we’ll probably be loading up on the Starbucks coffee and Sunkist orange drink, so we’ll be forced to use the room more often.  I can hear the Secrets now, “Ahhhh, he got to have an upstairs assplosion last time!  It’s my turn now!!”

Hopefully I’ll be telling you it’s completed in tomorrow’s update.  But I doubt it.  I think the guy’s a member of our family now; I think he lives here, I’m just not sure.

On Thursday I took the younger Secret golfing, and it was pretty much a fiasco.

I insisted we go to a little Par 3 course, not far from our house.  It’s usually abandoned, or nearly-abandoned, and the holes are so short it’s hard to get into any real trouble – even for me.  You can basically use a 7-iron and a putter, and nothing else.  It’s as close to real golf as I’m comfortable with.

There was another fat man and son playing two or three holes ahead of us, but we were far enough apart so as to avoid awkward tension.  We pretty much had the whole place to ourselves.

And do you ever notice that when you go bowling, or play golf after not having done so in a long time, you usually do really well in the beginning?  It’s true.  I bowl maybe one time per year, usually three games, and I always start out like a pro.  Then the wheels fly off.

Same thing with golf.  I seriously thought I’d hit a hole-in-one on Thursday, with my very first swing.  The ball landed about two feet from the flag, and rolled to within inches of it.  I couldn’t believe what was happening before me.

But it went downhill from there, fast.

On the second hole, I think, I bent over to pick up a ball, and the button on my shorts came rocketing off.  (I’m not sure where it finally ended up, I’m just thankful my son wasn’t blinded.)  And my pants fell down roughly a half-dozen times before we went home.

Usually you can zip up a pair of pants without a button and ratchet the little tab over, and it’ll hold.  But these were shorts made of some kind of heavy material, and I couldn’t get the tab to do its duty.  And almost every time I teed-off I was left standing there in my underwear, my shorts bunched around my ankles.  I thought the Secret was going to die laughing.

Also there were roughly 100 million gnats on that golf course, and I had to pee like Man O’ War during the entire game.  I really shouldn’t have polished off that McDonald’s sweet tea while we were driving…

I seriously considered sneaking off into the woods, letting go of my shorts, and relieving myself into a patch of poison ivy.  But I was convinced the course was loaded with surveillance cameras, and they were already laughing and watching our every move, because of my Buster Keaton pants.

And how would I explain to Toney, that while she was out of town our son was taken into temporary custody by the state, after I was arrested on a public urination rap?  It wasn’t really a conversation I wanted to have…

So, I didn’t have a very good time, to tell you the truth.  Those shorts were so damn heavy they just wanted to be down.  They were like theater curtains.  I started playing with my legs spread completely apart, so the pants couldn’t physically move, but I was so low to the ground I needed to choke up on my club.

It was a pitiful display.

When we finally finished I almost ripped the door off the pro shop, and hollered, “BATHROOM!  Where’s the bathroom?!”  Mr. Polo Shirt pointed in a general direction, and I was gone before he could actually say anything.

And I’m pretty sure I power-etched a deep groove in their porcelain, stripped that shit all the way down to raw steel.  But that’s their problem; I’m a very busy man.

Do you have any “needing to pee with a powerful urgency” stories to tell? I can think of two more, right off the top of my head…

A million years ago I was driving to a picnic with a girlfriend, and she needed to go. Right now. But we were on country roads, and she wasn’t too receptive to the idea of squatting behind a bush. She wanted me to try to find a gas station, or a diner, or something.

So we kept driving, and saw nothing but cows and barns. Eventually she started freaking out a little, and was almost speaking in tongues.

Then she did something I’ll never forget… She turned around and opened the cooler, which was on the backseat. And she grabbed a bottle of Heinz ketchup, wedged it tight between her legs, and held onto the neck with both hands like she was trying to land a damaged airplane.

I knew better than to make any comments about this curious turn of events, but plenty of them were flying around inside my head. We finally found an old filling station, straight out of 1952, and she tossed her ketchup bottle aside and went running.

And on the last day of school in 11th grade (I think), I needed to visit a urinal in the worst way. But I happened to be in a class led by a woman who hated me, and she told me to sit down and shut up when I asked if I could be excused.

Of course it kept getting worse and worse, and I could feel my inner organs beginning to ache. And not just my bladder, either. I’m talking lungs, etc.

Then I started seeing spots, and my dead grandfather was there…

Screw this, I thought, and walked out the door. Mrs. W. hollered, all frantic and shrill, “Jeff, what do you think you’re doing?! I didn’t say you could leave this classroom!!!” and that sort of thing.

When I returned, five minutes later, she said in front of the whole class, “Jeff Kay, what are you ON?!”

Man, I hated that woman, and the feeling was completely mutual. I should’ve just walked to the front of her class, taken it out, and relieved the pressure while doing The Twist. Heh.

And that’s gonna do it for today, children. If you have any stories along those lines, we need to hear them without hesitation. Use the comments section below.

Oh, and one more thing before I go… I’d like to start a gallery of Surf Reporters rocking the new shirt. Please send me a photo, and I’ll post it at the site. It can be a regular snapshot, or get creative with it, whatever. Send it to jeff (at) thewvsr dotcom.