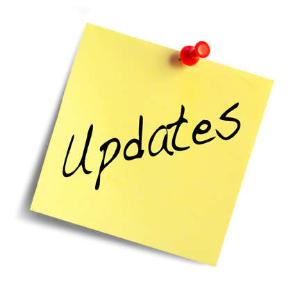 Hello Surf Reporters! I have an update on the dog-bites-boy story from last time. Apparently some Men in Black types visited the neighbors on Saturday, and told them they’re being given one more chance. If their dog is ever seen outside without a leash, or if there’s another incident, the animal will be removed from their home and destroyed.

The woman told Toney they’re going to take the beast to a so-called behaviorist, but I think that will be like balling up twenties and throwing them into the Susquehanna River. But, what do I know about it? Maybe it’ll help.

The boy went back to the doctor Saturday morning, and they said everything looks good. No sign of infection, or anything. He should be back to playing White Stripes riffs in a couple of weeks.

Another update: The t-shirt situation is causing me to lose sleep. I’m not kidding, I’ve lost hours of sleep because of this cluster-copulation. I had no idea how spoiled I was with the T-Shirt Lady. She was sane, reliable, and professional. She returned my calls, and everything! And now she’s retired…

I think it’s all in order now, though. I’m very sorry it’s taking so long. Needless to say, everybody will get their shirts. And I’ll almost certainly never offer them again. (BIG mistake!) So, once they’re finally finished, they’ll be true collectors’ items.

On a happier note… I offered the Kindle version of Crossroads Road for free this weekend. I posted about it at Facebook and Twitter, and before I went to bed Saturday night there had only been 137 downloads. Not exactly a roaring success.

But when I got up on Sunday, I saw there had been almost 1500 downloads. Crazy. Why so many in the middle of the night? It made no sense, but whatever. Pass the beer nuts.

I monitored it, and the number kept going up, up, up. Finally, I figured it out: the novel was featured at a website called Pixel of Ink. It’s a popular page, where they recommend daily deals on Kindle books. Crossroads Road was listed as a Pixel Pick.

As I type this, the book has been downloaded 6000 times since Saturday, and it’s #16 on the Kindle Free chart. No, I don’t get paid for any of that, but at this point… I just like the idea of folks reading it. It’s pure craziness, and people who like that kind of thing respond to it. And people who don’t… well they leave one-star reviews and call it a “sophomoric piece of trash.” Heh. I wear it as a badge of honor, asslips.

This is probably going to be my last real update for a while, my friends. The bunker is going dark, while I approach a hard deadline on the NEXT book. I’ve taken some vacation days, and need to be focused on that manuscript for the rest of the week. I can’t fuck this up. I’m very good at fucking things up, but this can’t be one of those times. I actually have a chance with this one.

I’m planning to post occasional bits o’ nonsense throughout the week, though. So, it won’t be totally stagnant around here. Stay tuned. I’ll be making it up as I go along.

Apparently it costs $50 per person, you have to go through it alone, and you’re forced to sign all sorts of waivers that say it’s OK if you’re “touched,” etc. Here’s the website.

And these are the mind-bending reviews at Yelp. Read ’em, they’re incredible. Somebody throws a plastic bag over your head, and a naked man licks your face?! A black guy dances around with his penis tucked between his legs??

Here’s one of my favorite quotes from the reviews: To call this a haunted house is total bullshit. A more apt name would be “Uncle Touchy’s Rape Simulator.”

Please let me know your thoughts on this. Would you go through it? You can put me down for hell no.