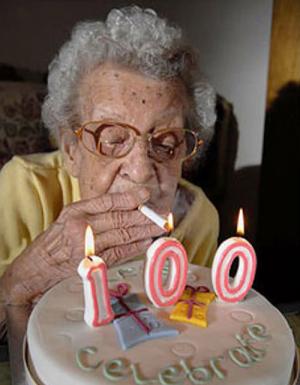 OK, I have about an hour before I have to leave for work. Let’s see what we can do here. Sweet sainted mother of Buster Bloodvessel!

The older boy is home sick today. Says he has the flu. Needless to say, I’m skeptical. I’m always skeptical when people tell me they have the flu. It’s become a catch-all diagnosis for every sniffle and sore throat.

Years ago, when I lived in Atlanta, I had the actual flu, and thought I was going to die. It was sustained misery for nearly two weeks. I didn’t go to work, didn’t eat, barely slept, and every trip to the bathroom was like climbing Mount Everest. I was living alone, and finally called my parents and asked them for help. I didn’t know if I was going to survive, literally; it just kept going and going and going.

And for the record: my folks didn’t come, for some reason. Yes, it’s important to have a strong support network. By the end I looked like Alice Cooper, and lost about twenty pounds. I was so weak blinking was starting to take its toll.

So, when people wipe their nose with a Wendy’s napkin, or stifle a cough or two, and say they’re coming down with flu, it annoys me. They can take their fake flu and ram it deep, and on a slant.

Of course, if it turns out he REALLY does have the flu… I guess I’ll be the asshole. Again. Oh well, it’s something I’ve learned to live with.

Last week at work I told ’em I was going to take both Saturday and Sunday off this week. They’re supposed to be my normal off-days, but I’ve worked the last two Saturdays, and if I’m not careful… it’ll become expected. I need some downtime. I’m burnt to a goddamn crisp.

Yeah, everything was fine until Saturday got a little closer. Now I’m getting some mild passive/aggressive pressure to work again. But, unless mild turns into something more overt, I’m not doing it. I’m working my regular, already-ridiculous schedule. Because I am a hero.

Hopefully tomorrow I’ll get to experience that great feeling when I wake up, growl “fuuuuuck,” and realize I’m actually free for a couple of days. Man, is there a better feeling in this world? I don’t get to experience it very often these days, but that only heightens the pleasure when it does happen.

And since we’re on the subject… Please don’t tell me how crazy-busy you are, and proceed to talk about the ten TV shows you watch religiously. I don’t even know what a TV show looks like at this point. Is Melrose Place still the hot thing?

On a more positive note, I think I’ve finally trained myself to stop using two spaces after a period. Thank you… thank you very much. It was something that was drilled into my head during typing class in high school, back when you still had to hand-crank cars.

However, it’s out of fashion now. I’ve been trying to kick the habit, but it’s hard-wired in my brain. And there’s a crazy muscle-memory that kicks in. It’s been tough, my friends, but I think I’ve finally done it. Only rarely do I backslide at this point. I believe I’ve successfully beaten back an ancient disposition, which ain’t easy.

Have you ever broken any long-term habits? I’m not very good with it. I have plenty of things I’d like to change (God knows), and sometimes make an effort. But it almost always ends in failure. What deep-seated habits have you successfully killed-off during your life? Big ones, or small ones — like my single-space victory. Use the comments link below to tell us about it.

And I’m going back to work, boys and girls.