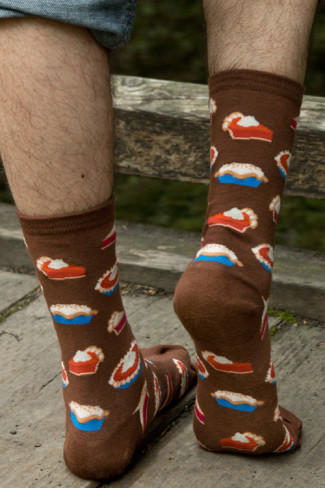 Hello Surf Reporters! Before we get started today, I want to let you guys know that Volume 1 of Ridiculous Adventures In Suburbia is finally available as a paperback. I had some problems with it, many problems. I won’t go into all the details, ’cause it’s boring. But everything’s fixed, and hard copies are now available for order. I have one here, and it looks pretty fantastic. Finally.

Trivia: The cover was done by a woman in Pakistan, the interior formatting was done by a husband/wife team in Australia, and the paperbacks are printed in Charleston, SC. It’s an international extravaganza of penis and shit jokes! I’m sorry… I’m getting a little emotional.

Of course, the low-priced ebooks are available, as well. Grab it for Kindle, Nook, and Kobo. A lot of crazy stuff happened during that first Surf Report year. We certainly stayed busy, that’s for sure.

Also, if you’re planning to do your holiday shopping at Amazon, please remember to use our links. There’s always one in the left sidebar, and there are banner ads here, there, and everywhere. Any will work, and I sincerely appreciate it. Out of every dollar you spend, they’ll kick a few cents my way. It adds up, especially in November and December. Thank you guys!

And one last thing, before we get to my ranting and whining… I’ve started working on yet another novel, and think this one is going to be a keeper. I wasn’t fully invested in the last one, for whatever reason, but am feeling it with the new project. I don’t want to say too much, but it does involve Gene Rayburn. During the writing of this thing, I use multiple computers, and keep all my files in Dropbox. It’s a free cloud-based application that creates a new drive on your machine, where you can store whatever you want. On Saturday I was writing at home for a while on my PC, until I reached a state of diminishing returns. Then I took my laptop to Panera Bread, and continued working there. I no longer need to carry around flash drives (and lose them in Sheetz and nearly have a full-on stroke as a result), or have to email myself the latest version of the manuscript. I just open my Dropbox, and there are my files. I love it, and it’s free. Oh sure, they have a paid version, but I’ve never needed to pay. It’s the best thing ever, one of my all-time favorite apps. Check it out, if you’re so inclined. It’s shockingly useful. I could even edit my book with my phone, if I want. Yeah, Google has their knockoff version (always with the knockoffs!), but I prefer the original.

Speaking of Panera… It is my admittedly unsophisticated opinion that they have the best goddamn coffee anywhere. I’ve been to many fancy-pants coffee shops, and sampled any number of high-end cups o’ joe. And the Panera light roast is my favorite. It’s what coffee should taste like. I like to go there with my laptop or notebook, and rent a mug for $2. I can have as much coffee as I want, it’s really freaking good, and for some reason I work well in that setting. Fat bastards clanking their silverware inside soup bowls just get my creative juices to flowing. Who do you think serves up the best cup of coffee? What’s your opinion on this hard-hitting subject? And please try to refrain from saying, “I do, at my house.” That’s annoying, and unhelpful.

Over the weekend I peed all over myself. I was taking a leak in the downstairs bathroom, and somehow my t-shirt got between my wang and the toilet. Know what I mean? It caused a radical kickback of urine, and I had to change my shirt, jeans, underwear, and socks. I also had to towel down my torso and the bathroom floor. I told Toney about it, she listened with no expression on her face, and finally said, “You’re a pig. Seriously.” Do you have any good stories — hopefully better than mine — about somebody pissing him or herself? Please use the comments link.

Yesterday I was out driving with the younger hooligan — giving him some practice before his test next week — and we got lost. We were on some unknown road, seemingly way out in the country. Then we passed this monstrosity. It’s the Nicholson Bridge, which I was aware of… but had never actually seen before. And I know this might seem weird, but it creeped me out. When we drove past it I felt an actual low-grade panic. I think it was because of the sheer size of the thing — the picture doesn’t do it justice. And it’s really ornate and borderline gothic, just out in the middle of nowhere. It felt bizarre. We drove past it, turned around and came back. I wanted to see if I felt the same way the second time, and I did. There’s something dark about that bridge. Just looking at the photo makes my stomach flutter.

A few days ago Toney and I ordered a pizza from a shop we’ve been to many times. I called, they answered like always, and I placed my order. “Twenny minutes,” the guy said. And when I arrived there, the building was empty. The door was locked, and I could see through the window that all the equipment was gone, etc. WTF?? I’d just spoken with them! My brain was spinning, trying to make sense of it all.

Then I saw an index card taped to the inside of the window. It said they’d combined with another pizza shop(?!), and were now located a couple of miles away. Weird. But I drove there, and it was not a satisfactory experience. Gone were the fat Italian men in filthy white t-shirts, replaced by hipsters sporting ludicrous facial hair.

I told the head douche I was there to pick up an order for JEFF, and he said something like “$11.27.” I handed him my debit card, and he said, “Fifteen dollar minimum.” Huh? In 2015?? That’s bullshit. “There’s an ATM in the corner,” he mumbled. “And probably a big fat fee, too?” I said. He shrugged, like he didn’t give a shit one way or the other.

I was on the cusp of walking, but for whatever reason… went to the ATM. The fee was $3. Grrr… When I returned to the counter I gave the guy some grief about it, but he didn’t care. He’s just some hourly sumbitch. But the thing about it? I’ll never return. I will never set foot in that building again. They’ve lost all my future business. They can go fuck themselves. There’s a kickass pizza joint on every corner in this neck of the woods. What kind of idiotic crap is this?? I’m getting all worked up, just remembering it.

I know they have to pay a small fee on those transactions, but it’s not 1994 anymore. It’s the way people do business these days. They can ram it deep and on a slant.

And I have more, lots more, but need to call it a day here.