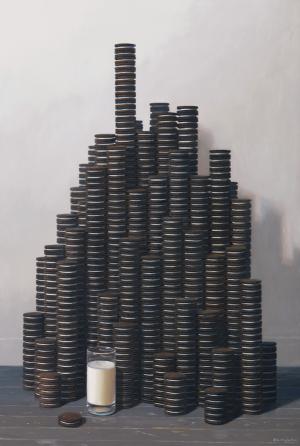 For the past few days I’ve felt like I’m on the cusp of illness.  But, so far, I’ve remained teetering on the edge.  Hopefully the momentum is in my favor now.  Time is on my side, bitches!

Anyway, this one is going to be a little rushed, so I apologize up-front.  I couldn’t get off the platform this morning.  But I’ve got some funny stuff to share, so hopefully you won’t notice the half-assery of it all.

First off, check out this photo I shared at Twitter and Facebook today.  Heroes, risking it all for a worthy cause!  You’ve been put on notice, Greatest Generation.  Just when you thought your legacy was secure, you might have a little competition on your hands.

Link-bait crapola lists usually make me frown.  But this one was worthy.  In fact, I found myself laughing out loud a couple of times.  And I’m a tough nut to crack.  25 Funniest AutoCorrects of 2012.  Yeah, I know…  But check it out, it’s pretty goddamn funny.

Our own Swami Bologna sent me an instant classic yesterday.  He’s venturing, cautiously, into the online dating waters.  He told me he signed up with several websites, including one called Zoosk.  I’d never heard of it, but that’s neither here nor there.  Check out one of the candidates fo’ love they sent him.  What the??  My brain can’t even parse it.  So many questions…  Good luck, dude.

I was in the break room at work on Saturday morning, and noticed something unusual in my peripheral vision.  I turned to look out the window, and saw a whole platoon of soldiers emerge from the woods across the road.  Actually, I don’t know if it was a platoon, or a squadron, or what; I’m not up to date on military terminology.  But there were about 25 of them, in fatigues and carrying rifles.  It was bizarre, and a bit unnerving.

A bunch of us were standing there, looking out the window, waiting for them to attack.  And my class clown instincts kicked in, and I said, “Oh shit, they’re Russian!!”  It got a pretty good laugh, maybe a B+ on the comedy scale.

Then they started breaking up into groups of five, and going off in different directions.  I assume they were training.  I don’t know.  But it was very strange.  All of them were armed to the teef.

On Saturday night I was drifting in and out for hours, while watching Ghost Adventures.  I don’t know why I keep returning to that show, but I do.  And I have a few observations.

That channel (Travel Channel?  I’m not sure) has been bombarding me with commercials for new shows, which I never actually see.  I just see the ads, never the actual programs.

One features a smug asshole in an expensive suit, walking through double doors with a smirk on his face.  From what I can tell, he’s an expert at turning around failing hotels.  I’ve seen the commercial 150 times, but don’t believe the actual program exists.

Same goes for a show about some douche who’s trying to look like Clark Gable, and goes to auctions with a knowing look on his face.  In the commercial they show him pulling an ancient cash register off a roof, with a rope.  But, from what I can tell, the show itself is never on.

What are they doing over there?  Just cutting commercials for possible programs, and gauging the reaction?  Or are they real shows?  Does anyone know the answer?  It’s starting to irritate me.

Also, I saw a commercial for the Chevy Volt roughly 20 times Saturday night.  It features a bunch of people bragging about how infrequently they buy gas.  And one woman actually says she’s FORGOTTEN how to pump gas.  Seriously?  Are we really supposed to buy this garbage?  What does she do, pull up to the pump, stand there in confusion for a few minutes, then open the trunk and start spraying gas inside?  I think those Chevy people might be engaging in a bit of hyperbole.  Also, they can ram their Volt, deep and on a slant.  But that’s a separate issue.

I need to go now.  I hope this one wasn’t too painful.