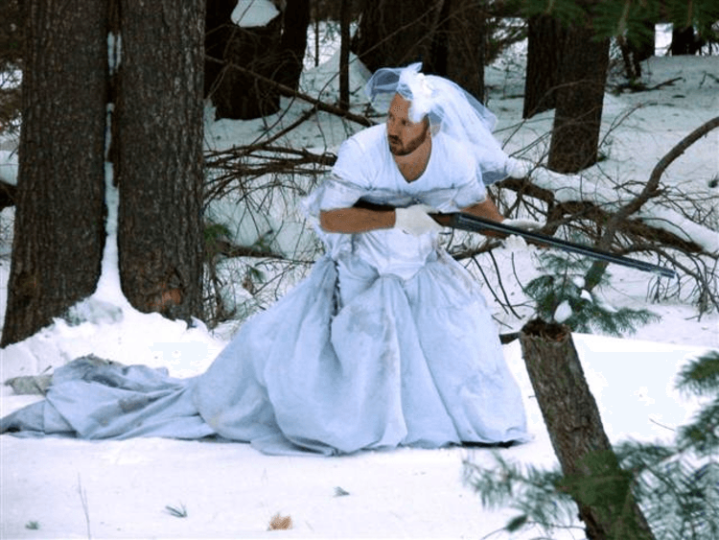 We got about eight inches of snow last night, and the boys are out shoveling the driveway as I type. I made a decision that I’m not doing it anymore. We have two healthy males, ages 20 and 18, living in this house, and they’re doing all of that shit from now on. All of it. And when they complain… which goes with the territory, I’m going to call them delicate flowers and sometimes Little Lord Fauntelroy. Then I’m going to take a hit off my coffee, and pop a cookie into my mouth. These are a couple of the life decisions I’ve made recently. There have been others.

I’ve had enough of this crap, though. I don’t really care about the cold all that much, but snow and ice causes me problems during the Tom Petty/Burger King hot dog/talking to my brother or Steve on the phone commute. It complicates matters. My little wind-up car is uncomfortable — it feels like I’m sitting in a plastic laundromat chair going down the highway — but it’s pretty good in snow. Regardless, there have been several white-knuckle rides homes from work this winter. A few weeks ago I had to tap the brakes, on account of chronic shitheadery up ahead, and the back-end of my vehicle attempted to change positions with the front-end. On Interstate 81! That one caused my sphincter to wink, I don’t mind admitting. So, enough is enough. This has officially crossed over into bullshit already.

Speaking of my car, I think I’m going to trade it once spring gets here. In early June, or whatever. I’ve had no problems with it, not really. I just don’t like it. Ya know? I’m not much of a car guy, I view them as nothing more than pieces of equipment I use to get around. I have no romantic Springsteen-like notions on the subject. But I’ve never liked this car. In fact, I believe it’s the first time in my life that I’ve had an actual sustained opinion on my current vehicle, one way or the other. So, screw it. I think I’m going back to the tried and true Toyota Camry. At the first sign of spring… in mid-June or whatever.

I keep forgetting to update on Toney’s attempted bribe of the cable guy. As you might recall, she had a twenty dollar bill set aside for the “project.” She had to call them out for some kind of work-related stuff, but wanted them to also activate another cable line to our bedroom. You know… off the books. Well, he did it without hesitation, and no money was ever mentioned or offered. She just said, “Any chance I could talk you into activating that line while you’re here?” And he said, “Sure, no problem” and took care of it. She wondered if she should’ve tipped him, but didn’t. He didn’t act like it was any big deal, so she quickly dropped it. It saved us a $45 connection fee, or maybe it was $40. And that’s how it went. We’re not sure about the tip. It’s one of those situations where you don’t really know what to do. So, she just thanked him and said nothing more.

A few days ago I read this article about a substitute teacher in Texas who did a cartwheel in class while wearing a skirt and no underwear. It was mildly amusing, but the internet has raised the bar so high it wasn’t anywhere near shocking. However… this part of the story is pretty goddamn memorable:

A 17-year-old female student told police that Sponsler “had said that she was not wearing underwear before performing the cartwheel,” which exposed her “bare vagina.” The student noted that she saw Sponsler’s vagina “open and close, as her legs were in the air.”

Open and close?! Ha! That’s amazing. I’m hearing Pac Man sounds in my head. There are some other crazy-ass quotes in that thing, as well. The woman clearly needs to be in an asylum somewhere. And I don’t understand the discrepancies in the photos. She looks halfway decent in one, and full-hag in the other. Whatever. Here’s a ridiculous video, captured by a student on his cell phone. It’s all slowed-down and perved-up. Good stuff.

I need to go now, even though I have lots more to share. I’ll try to knock out another update over the weekend, to close out the category. No promises, though. I’m a very lazy man. In the meantime, some questions for you guys to ponder:

Do you eat in your car, like I do? Anything more challenging that a Burger King chili cheese dog, at 75 mph? Maybe like a plate of spaghetti or corn on the cob? Please tell us about it.

Have you ever had a car that you just hated, for no clear reason? It’s not a piece of shit, in fact it’s very reliable, but you simply can’t stand it? I’d like to know about it.

And finally… Please bring us up to date on your most inappropriate teachers. I had one give me an F, and added, “And you know what that F stands for, right?” She hated me, openly and with good reason. So, I took that to mean Fuck You. Am I misreading it? What a horrible ugly woman. She looked like she’d been caught in a fast-moving industrial fire, permanently destroying her face skin. She was also white trash and quite stupid… but I’m getting off track here. If you have anything to add to this one, please do. Use the comments link above or below, or wherever.