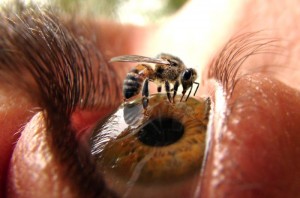 I couldn’t get a good read on my new boss yesterday.  I was introduced to her, but didn’t have the opportunity to have an actual conversation, beyond “Glad to meet you.”  Of course there are opinions flying around the place, but they’re based on nothing but dumbassery.

There’s an awful lotta dumbassery in this world.  Have you noticed that?  Yes, I believe dumbassery has officially gone viral.

The new Pazz and Jop critics poll was released last week, and I spent a few minutes checking it out.  In the old days I would’ve devoted several days to it, but I’m getting old and crusty and burned-out.

I did look for Ira Robbins’ ballot, but apparently he didn’t participate this year?  Robbins was editor of Trouser Press magazine, and our tastes in music are closely aligned.  If he likes it, it’s almost a certainty I will too.  He’s led me to some great stuff through the years.  Wonder why he didn’t submit a ballot?  Wotta rip-off.

Pazz and Jop, in case you’re not a gigantic nerd like I am, is an annual compendium of music critics’ Top Ten lists, published by the Village Voice.  Hundreds of critics generally take part in it, and the resulting master lists are considered by many to be The Final Word.

Thank to everyone who checked out my new writin’ site yesterday.  It was a good start.  I appreciate the comments, and look forward to to a real community forming there.

One thing I’d like to clear up, though.  In yesterday’s update I was talking about the kind of posts you’ll probably be seeing at the new site, and wrote this:

A few of you did a cartoon double-take, and clearly didn’t like the idea of appropriateness being a part of the whole WVSR equation.  But you misunderstood my point, or I didn’t explain it well enough, or something.

I meant that there’s a significant number of you who couldn’t give a single dingle about my views on writing or publishing, so I took it offshore… or something.  When I was obsessing about the book over the summer, I heard many grumbles from people, and even some straight-up hostility.  So, I decided to separate the two.

And that’s what I meant by appropriateness.  Sheesh.

I know these updates haven’t been very good lately, but I’m completely fried.  I’m not prepared to join a Circle of Tears, or anything, but I’m exhausted and everything in the world irritates me.  Last night at work, for instance, I got PISSED about something, completely lost my shit, and now realize it was an overreaction.  I really need some downtime.

I feel exactly the same way I did when I told a sandwich engineer at Subway to go fuck himself, a year or so ago.  I’m a bit tightly-wound.  But next week I’m only working my regular schedule, and I think that’ll be enough to reboot my system.

Maybe I can even be funny again soon?  How cool would that be?

In any case… it’s time for the Question of the Day.  In the comments section below, please complete this sentence:  There’s nothing worse than a _____.