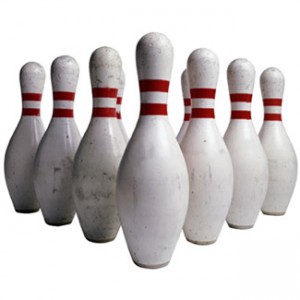 I know you guys might find this difficult to believe, but I’m pressed for time today. Yes, my life is the proverbial “ten pounds of shit in a five pound sack” at this point. So, let’s just jump right into it, and see what happens.

From the Always Feeling Guilty Desk: There’s a new thousand-page book about the early days of the Beatles — it ends on December 31, 1962 — which is receiving rave reviews. I want to read it, and eventually will. However, it’s $13.99 for Kindle. A little steep, in my opinion.

So, I’ve started lurking, and waiting for it to go on sale. But, I heard the author on a podcast (can’t remember which one… they all blend together), and the dude worked on this project for ten years. It’s the first of three gigantic books about the band, and he’s fully invested — living Beatles history ’round the clock.

And I don’t want to fork over 14 dollars for it. He worked on this thing for a decade! It’s reportedly a stone-cold masterpiece, about a subject I’m deeply interested in, and I’m lying in wait, hoping to save four dollars on the deal.

I am a horrible human being.

On a more positive note, I upgraded my phone to the Moto X, and am loving it so far. I activated it yesterday afternoon, and have almost gotten all the apps replaced, etc. It’s a thousand times faster than my previous phone, and has a lot of crazy features.

For instance… you can put it into “driving” mode, and if a text message arrives, it’ll read it to you. It might not be such a great thing for people cheating on their spouses, but for me it’ll be kinda nifty.

There’s also a Siri-like thing, called Google Now, which works really well. You say, “OK, Google Now” and the phone will turn itself on and answer whatever question you throw at it. Within reason, of course. I’m not sure how it would do with existential dilemmas, and that sort of thing. But if you need to know, for instance, how old Pete Rose is… it’ll tell you in about three seconds, without the need for you to move a muscle. This, of course, will allow all of us more free time to shove Cinnabons into our mouths with the heels of our hands.

Yeah, I know… many of you are heroes who still have flip phones. But I love this kind of stuff. Gadgetry makes me smile. Or, at the very least, momentarily erases the scowl.

A few days ago at work I sat down at my desk, and started an hours-long project. This, of course, would require the aid of my iPod. So, I began scrolling through the available podcasts, and selected one. Then I hit play, and heard nothing. What the?

I turned the volume all the way up, and all the way down, and not a thing was happening. The screen said the show was playing, but it was complete silence on my end. I paid my son $26 for this thing, just a few weeks ago. Was it shitting the credenza already? I powered it down, and rebooted it, and it didn’t help. This went on for upwards of five minutes, all this frantic fiddling.

Then I realized: I didn’t have the earphones in. Ha! Wotta douche. It’s like those times when I’m talking on my phone, and start panicking, looking for my phone. Where is it?! It’s not in my pocket, what happened to it? Oh yeah, I’m talking on it RIGHT NOW.

And I need to go choke down a Miranda Cosgrove frozen meal (orange chicken), and go back to work. Ahhh… work.

For a Question, I’m afraid you guys will have to wing it. Maybe tell us what you’re feeling guilty about? Get it off your chests, boys and girls; you’re among friends here. Well, 87% friends, anyway. Also, what’s your favorite Beatles solo albums? If you had to pick one or two, what would they be? I’m telling ya… Ram is underrated.

Also, have you ever done one of those dumbass moves, like my earphones story above? If so, please tell us about it. Or anything else you’d like to discuss. It’s all good.

And I know this one isn’t the greatest, but it’s better than a French horseman photo. I hope.