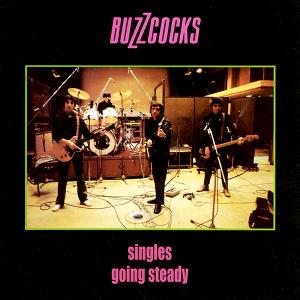 So, I’m reportedly an “influencer” on Twitter now. And because of this, companies are offering me things. I’ve received two $5 gift cards from McDonald’s so far, and was also invited to watch the first three episodes of a new TV show that hasn’t aired yet. I’m not sure how I achieved influencer status, but I’ll take it.

McDonald’s wanted me to try stuff from their new dollar menu, which I did. I had some sort of double cheeseburger with bacon ($2), and a McChicken samblich ($1). Both were good. If I was healthy and 17, and not worried about my heart seizing up, I’d go to town on that dollar menu. But I just can’t do it at this point. At least not consistently.

They want me to use my other gift card for some new version of the McWrap. I like those things, and feel a little less guilty when I eat one. I won’t watch the TV show episodes, though. I’ve got a life to lead, and low-cost bacon burgers to load into my mouth with the heel of my hand.

Speaking of fast food… Last night, while I was driving home from work, all the interior lights at Wendy’s went off as I passed. This is a rare thing to witness; it’s like a shooting star for fatties. I made a wish.

I’m working all the time, and it eats it from the ass-in. Last night I requested the whole week of Thanksgiving off, and will find out tomorrow if it was approved. I need to get some sleep, and reconnect with the civilian world.

I have 73 hours of vacation left, and can only carry-over 40. So, I have to burn some of ‘em up before the end of the year. And it’s going to be difficult to take time off in December.

When I left Warner Bros., I had 500 hours of vacation time saved up. It would’ve been more, but the thing capped-out. I hear stories about people who save up a ton of vacation, and take every Friday (or whatever) off for an entire year. Have you ever done anything like that? Also, have you ever amassed more than 500 hours? Please tell me your stories of extreme PTO.

I was talking with Steve yesterday, while driving to work. We were discussing our Beatles fixation, during the Jr. High/early High School years, and how we got a lot of shit from the Kiss/Aerosmith kids. They said the Beatles were old news, a throwback to a different era.

But this was in 1976, or thereabouts. Abbey Road came out in 1969. Rubber Soul and Revolver were only about ten years old at that point. Ten years! It felt like a generation. Yet 2003 was a couple of weeks ago. Why??

In 1976, my parents listened to a lot of ‘50s music: The Platters, The Coasters, Elvis, etc. And man… that was some old-ass stuff; I felt like I was walking around the Smithsonian when they cranked up those records. They were 20 year old recordings! The equivalent of something released in 1993.

Heck, when Steve called me yesterday, I was listening to Singles Going Steady by the Buzzocks in my car. It came out in 1979, 34 years ago. And it doesn’t seem old and moldy to me, not at all. This is all quite disturbing, which is why I choose not to dwell on it too much. Pass the beer nuts.

I’m sure I’ve asked this question before, but how do you put on your shoes and socks? In what order? I’m strictly a left sock, right sock, left shoe, right shoe kinda guy. What about you?

I don’t really trust people who put on one sock, one shoe, one sock, one shoe. That’s simply too messed up for words. I also can’t start with my right foot. It throws me off for a while. I think there should be a sticker on heavy machinery that says, “Do Not Operate If You Started With Your Right Shoe This Morning.” Right? Right.

I’m going to call it a day, my friends. I have more, but it’s late and I’ve committed to cooking dinner. I’m nervous. I have no idea what I’m doing… We’ll probably be revisiting that dollar menu at McDonald’s soon, and eating from a paper sack inside a cloud of black soot.

Wish me luck. I’ll be back soon.