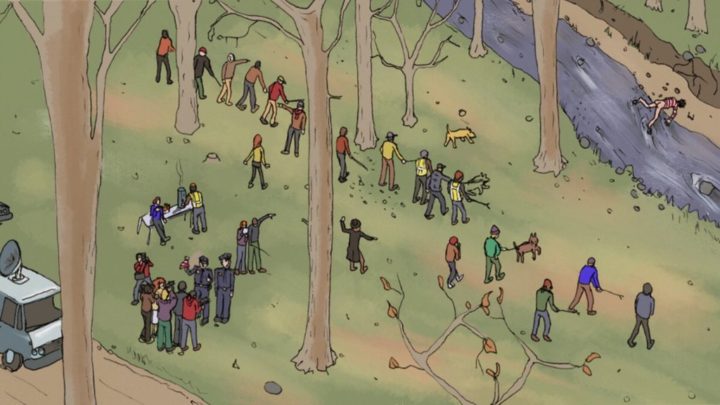 When I was a kid there was an insurance man who came to our house every so often. And now that I think about it… why? I’ve been an adult since late 1980, according to the standard definition. And since… OK, it’s still a work in progress according to the real world. In any case, I can’t remember an insurance man coming to any of my houses or apartments, not once. What in the world? This guy would show up with a briefcase and a petroleum-based sport coat, and spread papers all over our coffee table while my parents looked on with solemn expressions. It’s all very mysterious.

And he had a hook! The man had a metal hook where his right hand should’ve been. But he could manipulate that thing like a chef at Benihana. There was a lot of flashing and clicking, and paper-shuffling. My folks would always warn my brother and me not to stare at this monthly spectacle, but it was a difficult thing to ignore. Hell, the contortionist who performed during halftime at the Harlem Globetrotters wasn’t as fascinating. And he could’ve shouted up his own bunghole and triggered a rectal echo (recho?).

I always wondered how the man lost his hand. Maybe he got it caught in some kind of industrial machine? Or somebody let loose with a banshee scream and lopped it off with a sword? Or he made a drunken cherry bomb miscalculation? There are many possible scenarios.

One time he knocked on our door with his more traditional hand, and my brother yelled, “Mom, Captain Hook is here!” This caused some awkwardness, as you might imagine. But my brother was a little kid, possibly pre-1st grade. So, c’mon. But the guy clearly didn’t care for the comment, and was acting all huffy about it and causing great embarrassment for my mother. I didn’t like any of that. If I had a hook, I’d never stop making jokes — mostly, but not exclusively, about wiping. Ya know? I lost a lot of respect for our insurance salesman with the after-market hand that day. Oh well. Life is full of disappointments.

Do you have any similar tales to tell? Recurring insurance men? People with fascinating disabilities? Cringe-worthy statements from the mouths of hooligan children? Please share. Also, what happened to all the hooks? I don’t see them anymore.

And speaking of disappointments, our Big-Ass Television (BAT) has shit the bed from headboard to footboard. It is, however, ten years old, purchased with my final Warner Home Video bonus, for roughly $2500. Crazy! It’s so big I think they shipped it in by rail. And now the same company (Best Buy) is going to have to cart it outta here. They brought it in, and they’re going to take it out. Toney and I will buy a new and much better TV this afternoon, for less than $500, have it delivered (for free) and pay a $15 fee to have the old one removed. Money well-spent. I’m not dealing with that behemoth.

I paid about $2500 for my first computer too, in 1995 or 1996. It had a big 1.3 gigabyte hard drive, and our first ISP was Mindspring. That machine would freeze up all the time, and had a tower roughly the size of a nightstand. The $300 laptop I bought a couple of months ago is approximately ten million times better than that ridiculous thing. But I had fun with it. Some of my favorite websites back then included rotten dotcom and portalofevil. My mind, already warped, was pushed completely over the edge by those and similar sites. Remember when you could still be shocked by things? Ahhh, good times.

Here’s part of a new review of Crossroads Road at Amazon: Ridiculous with absolutely zero substance, but well-written and utterly hilarious!! I am totally OK with that one. But this one is still my favorite: I recently obtained this book for free through Amazon. I think I overpaid for it. It is a sophomoric piece of trash. It’ll be hard to beat that one. In fact, I’m thinking about revising the cover to include “A sophomoric piece of trash!” at the top. Clearly, this person hasn’t read my thoughts on hand hooks.

A couple of weeks ago I started something I call Project Petty. The plan was to take advantage of the crazy-low prices on the original Tom Petty and the Heartbreakers CDs at Amazon: everything from the first album through Full Moon Fever. I have fond and nostalgic memories of those records, but never got them on CD for some reason. Right now they’re almost all priced at $4.99, with free Prime shipping. So, the plan was to buy them in order, two at a time.

I snagged the first two with no problem. Somehow, I don’t think I ever owned You’re Gonna Get It, the second album. Almost all of it is new to me. So, that’s pretty cool. Then it was time to buy Damn the Torpedoes and Hard Promises. And the second one isn’t available. I’m almost certain it was when I first looked, but not anymore. So, I had to buy from a third party and it cost almost ten bucks with shipping. Project Petty was not launched with such uncertainties in mind.

Now I’m on to the third group: Long After Dark and Southern Accents. The first one is available, but it says it will ship within TWO MONTHS. What in the undeniable shit?? And Southern Accents isn’t available at all, apparently. So, I’m going to have to go third party on those two, as well? This whole thing is a disaster. I was mentally calibrated for $4.99 each, free shipping. Now everything’s in disarray. It’s an outrage! I think I’m going to call Jesse Jackson.

Have any of you purchased one of those Ancestry DNA tests? I’m intrigued, but wonder how precise they are. I’d be pissed if I handed over $200 (or whatever) and got a report that just says “Europe.” Know what I mean? Do you have any experience with it? If so, I’d love to know your thoughts. How much did it cost in total? Were you happy with the results? Did you learn anything interesting? Please use the comments section to bring us up to date on it.

And I’m going to call it a day, my friends. We have a ludicrously large TV to purchase.