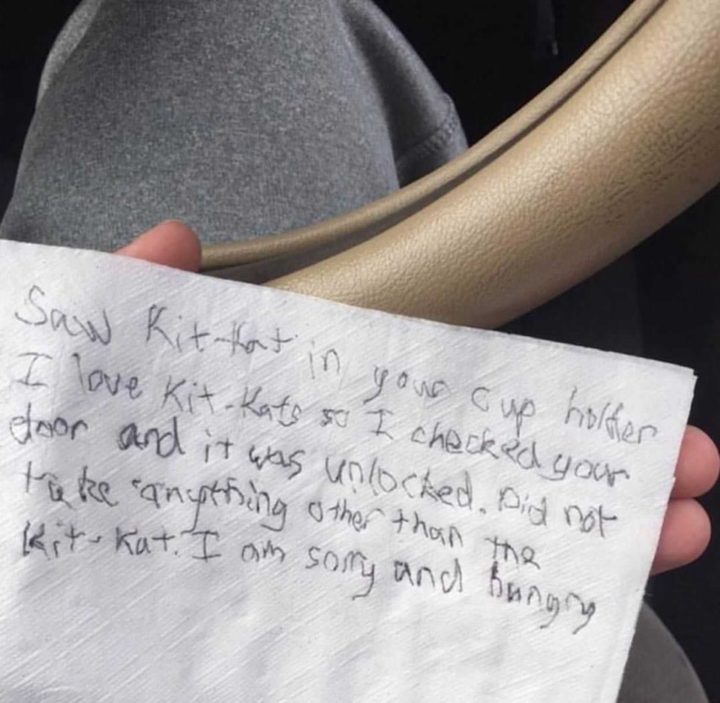 On the day we returned from Atlantic City I went straight to the car wash, ’cause my “new” car was covered in road filth and bugs. And when I got back home I parked in our driveway, climbed out from behind the wheel, and the woman across the street yelled, “Here comes fatty!”

Whoa whoa whoa! My head swiveled in her direction, and I was ready for war. But she was talking about one of her cats. They have a whole passel of outdoor cats over there, and they roam the neighborhood terrorizing and murdering various smaller animals. Apparently, she was feeding one of them on their porch, and another one came running. Hence the proclamation, “Here comes fatty!”

Thankfully I didn’t yell anything back at her and just went into the house as normal. And five minutes later I bent over to grab a cutting board from inside a kitchen cabinet and blew the entire ass out of my pants. It was an emotional roller coaster, I’m telling you.

Earlier this week I hired a guy to mow our lawn this summer. Actually, it’s not just one person, it’s a whole team of Larry the Cable Guy lookalikes. Last year I did it myself, with the dubious help of my kids. But this year I’m outsourcing that shit. I can’t really afford it, but that small detail isn’t holding me back. During my life, I’ve dabbled with living above my means, and find that I’m reasonably comfortable with it. Indeed, the day I told those guys to “get ‘er done” was like Christmas morning to me. I have an extra spring in my step now, and am greeting people on the street with “Lovely afternoon, isn’t it?” and that sort of thing. And in Northeastern PA that’s viewed as bizarre behavior. This is more of a Do Not Make Eye Contact kinda place. They probably think I’m Special Needs. Oh well.

A few weeks ago I was in Wal-Mart buying socks. I don’t know what they’re called, I’m not up on all the latest sock lingo, but there’s a specific kind I like and Wal-Mart always has them. They’re fairly difficult to find elsewhere. Anyway, there were three girls in that section, maybe 14 years old. And they had some guy on the phone: his face was on the screen and they were talking to him about underwear. “Are these OK?” they asked. “Does it say 100% cotton?” he answered. “Hold them closer to the phone so I can see better.” The dude looked like he was 50 years old, and he sent a group of young teenage girls out to buy him a fresh bundle of tighty-whities? It was weird. And they weren’t even snickering or making sarcastic comments… The whole thing made me uncomfortable.

On a related note… Why do socks come in a resealable pouch? I sincerely don’t understand.

Here’s a conversation I had with Toney a few minutes ago:

Me: I think I’m going to order Chinese for lunch. Want anything?
Toney: Yeah. Sounds good. I’ll have General Chicken. …And don’t say it!
Me (ignoring the warning): I prefer a more specific chicken.
Toney: That was funny the first 25 times I heard it, but now it’s getting a little old.
Me: It’ll never get old. Never!

From the You Guys Were Completely Right department: The best thing on SiriusXM is Little Steven’s Underground Garage, Channel 21. It’s the only thing I listen to now. It’s fantastic. I’m even getting to know the DJs on there (Kid Leo, Mighty Manfred, Palmyra Delran, Lenny Kaye, etc.). It’s a pleasing mixture of things I know and love, songs I haven’t heard in 35 years, and a whole lotta great stuff that’s completely new to me. I no longer play CDs in my car or stream anything from my phone. It’s Underground Garage 100% of the time. The only small (very small) complaint is that they’re a little heavy-handed with the Joan Jett. I don’t have an issue with her, but they go overboard with it. Also, there’s too much latter-day Ramones. Is there really a need to hear deep cuts from Brain Drain etc.? I submit that there is not. But those are only small little bitch-bites. I love the channel. It’s made my life a little bit better.

I have to leave for work now. I’m working the old 3 pm to 1:30 am schedule today, covering for somebody on vacation. I worked that schedule for six years or so and didn’t think anything about it. Now it kicks my ass. It feels like it lasts roughly 20 hours. But I’ll survive. I’m almost sure of it.

We’ll be flying to Myrtle Beach in a few days. For a Question, I’d like to know what type of person is the worst to sit beside on an airplane. Also, if you have any terrible airplane passenger tales to tell, we’ll gladly take those, too. Use the comments section. I’m not sure when I’ll update again, but I should have some stories for you guys. Please stay tuned.