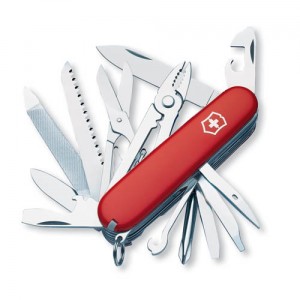 I told you recently that my eMusic account refreshed, and I had another fifty (fifty!) songs to play around with.  Welp, this isn’t something you can just go jumping into all willy-nilly.  Oh no, much contemplation must take place.

For instance, I like to download full albums only; I’m not really a cherry-pickin’ kind of guy.  And since the credits don’t carry over from month to month, I attempt to use EXACTLY fifty songs — no more, no less.

So, you see, it’s a little like working a puzzle.  If I get this one, it’ll only leave eight songs, but if I go with that one, I’ll have eleven and can probably find something good with eleven songs it…  On and on it goes, for days, sometimes weeks.  It’s part of the fun, really.  And next month I might start using Microsoft Excel to help organize the process.

In any case, here’s what I finally settled on:

Justin Townes Earle (12 songs)  Son of Steve Earle, my favorite communist country & western singer.  This thing has the critics a-slobbering, AND he covers the Replacements.  How could I not get it?  I mean, seriously.

M. Ward (14 songs)  I literally knew (know) nothing about this guy (or is it a band?), but several of you suggested I check out the latest album.  So I did, and love it.  I’ve been burned by a few critics’ darling dirge records recently (Bon Iver), but this one has plenty of life in it, and wit as well.

Robyn Hitchcock (10 songs)  The brand new album by one of my favorite artists.  I had a conversation with him and Peter Buck once, in Raleigh.  Robyn was exceedingly friendly, and even drew a cartoon for me on the back of an envelope (it’s a long story), but Peter looked at me like I was wearing a full sash of turds.

Young Fresh Fellows (14 songs)  A great album I own on vinyl LP, but never got around to buying on CD.  A classic from my hipster days.

So, there ya go.  On March 23 I’ll have fifty more songs, and it’ll start all over again.  Can’t hardly wait!

When I slapped my contact lenses on my eyeballs yesterday morning, I could tell something wasn’t exactly right with the left one.  It was a tad uncomfortable.  So I took it out, squirted it with saline, rubbed it around in the palm of my hand, and put it back in my eye.

And it felt OK for the first five hours or so.  Then it started stinging, and I eventually had tears rolling down my cheek like that garbage Indian.

By the time I got home this morning, around 2:30, it felt like someone had jumped out of the bushes and stabbed me in the left eye with a pocket knife.  Possibly the scissors (or fish scaler) blade on a Swiss Army knife.

I really need to keep some solution in my desk at work.  It’s one of those things I intend to take care of, way off in the abstract future sometime.

Because I don’t think I’d really enjoying wearing an eye patch for the rest of my life…  Sure, it seems kind of cool, but I have a feeling reality might be a little different than fantasy.

From Netflix I recently received The Assassination of Jesse James by the Coward Robert Ford.  I remember thinking I’d like to see it, but when I opened the envelope I noticed it has a running time of 2 hours 39 minutes.

So, it went right back into the mail.  Funk dat.  Two hours is too long, in my opinion, and two and a half is out of the question.  If a director can’t tell a story in 120 minutes or less, it’s not a story worth telling.  You know, generally speaking.

Next up:  Burn After Reading.  Running time:  96 minutes.

I’m completely addicted to lists.  I scribble them in my notebook all the time, attempting to bring order to my chaotic life, I guess.  I build a to-do list for every day of the week, one day in advance, and another that covers the whole weekend.

For today I have three items written down, and haven’t completed any yet.  This update is one of them, though.  So, by the time you read this, at least one task will be completed.

The weekend list only has six things on it, which includes the three from today.  I used to make the mistake of hopeful estimating, and would create unreasonable expectations.  Then I’d get all worked up about it, and want to slug myself in the genitalia.

So, you see, I’m becoming very skilled at this list-making.  I’m pretty good at being realistic, while still pushing myself.  I can make you a list of the best list-making practices, if you’d like.  Just let me know, and I’ll add your list list to my list.

A few nights ago Clive Bull asked his listeners what they’d miss most if they left England, and the responses were pretty interesting.  So, let’s try it here…  What would you miss most if you left the U.S. or Canada (over 85% of you are in the U.S. or Canada), especially if you moved to a country that hasn’t been Americanized (yet).

Also, I know there are a few American readers now living abroad.  Like Taiwan On and Aaron in Australia…  If you guys could tell us what you miss the most about the good ol’ U.S. of A., if anything, we’d be much obliged.

And I’m not really talking about high-horse stuff like freedom and liberty either, I’m talking about Cheetos and that sort of thing.

Also, I’d like to know what’s the weirdest thing you’ve ever seen lying in the middle of a road.  I once happened upon a full-blown upright piano, on I-64 in West Virginia.  The thing had apparently fallen off the back of a truck, and was fucked nine ways to Sunday.

Plus, there were sofas and ladders on 285 in Atlanta, almost daily.  Seriously, almost every day.

Use the comments link to tell us your stories on that subject.

And I’m gonna turn it over to Buck now, and call it a week.  Here’s his latest, which I know you’ll enjoy.

You guys have yourselves a fantastic (that’s kind of a gay word, isn’t it?) weekend.