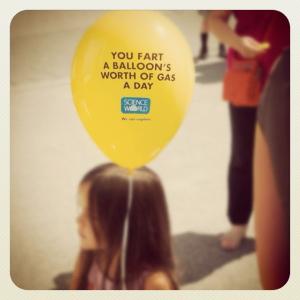 This is the fourth day in a row our kids haven’t gone to school.  Well, it’s actually Day Six for the younger hooligan, thanks to him punching some deserving little shit in the face last week.

Four out of six schools in our town still have no power, because of the storm.  Also, the pool where they spend half their lives is sitting dormant… ice cold, no water circulation, no filtration.  It’ll take several days to bring it back to code, once the power is restored.

So, there’s a bit of cabin fever setting in.  Toney works for the school district too, and has also been home all week.  It’s like they’re living on the international space station, or in one of those weird eco-domes, or whatever.  They’re about to lose it, like Desmond in the hatch.

I’m exempt, of course, because I have to work every goddamn day.  In fact, I’m getting ready to return to that paradise, on my regular day off.  I’ll probably be there tomorrow night, too.  No cabin fever here…  I’d welcome a light dusting of it.  Holy shit.

Over the past few weeks I’ve managed to watch three documentaries on Netflix.  They were about Joan Rivers, the Rolling Stones, and Woody Allen.  Enjoyed all of ’em.  Netflix Instant is pretty great when it comes to documentaries.  Movies?  Not so much.  One of my favorite people on Twitter, Nalts, posted this a few days ago, and I completely agree with him.

Graham Parker and the Rumour will be performing in Philadelphia on my birthday.  Check it out.  He hasn’t toured with the Rumour in more than 30 years, and I’d love to go.  It’s a Friday night, too.  All the planets are aligning…  I saw Graham solo, with just a guitar, years ago in Atlanta.  It was a small place, and I was standing 20 feet from him.  But I’ve never seen him with a full band — let alone the Rumour.

They have a new album coming out, too.  The cover isn’t very flattering (yikes!), but I’m gonna be all over it.  The dude’s a hell of a songwriter, and I’ve been a fan since I was in 11th grade, or thereabouts.  It might be time for another road trip with Steve.

Toney hasn’t spoken to Sunshine in two years, and Nancy cut her off about a year and a half ago.  She’d devolved into full-bitch, and was impossible to deal with.  She was always difficult, of course, but this was like something I’d never seen before.  Her “antibiotics” got way out of hand, and she turned flat-out evil.

But, over the past few weeks ol’ Sunny has risen from the ashes, and has been calling. She also sent the younger Secret a birthday card (one month early), with a diatribe written on it in a shaky scrawl.  Who knows what’s going on with her?  She’s calling Nancy’s house too, but nobody will answer the phone.

I heard that Mumbles has some kind of cancer, but nobody knows.  There’s literally no contact with them.  It’s very strange.  The brother has disappeared off the face of the earth too.  And none of it seems to bother Toney, one small bit.  Nancy apparently feels the same way, which is even more surprising.  Of course, they have way more history with that crazy woman than I do.

For a Question I’d like to know what you think are the worst movie endings of all time.  Especially films that were otherwise good, but had a botched ending.  If you have anything on this one, please tell us about it in the comments.

One jumps immediately to my mind: Jaws.  It’s a really good movie, until they shot that oxygen tank in the shark’s mouth.  I mean, seriously.  That’s just pure, undiluted dumbassery.

So, there you go.  I’m calling it a day, and heading back to work.  I’ll see you guys next time.