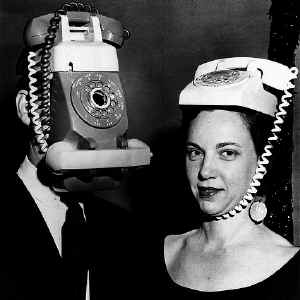 I had my health screening at work this week. Turns out I’m fat. It was a tough thing to learn, but I’m doing OK… I think I’m almost over the shock, and have moved on toward acceptance. Please keep me in your thoughts, my friends. Heh.

Actually, everything checked out. Even my blood pressure was within the normal range, which was welcome news. Somehow I’ve never had a problem with cholesterol or blood sugar, and both of those things were also fine.

If it weren’t for that pesky BMI, I would’ve gotten a totally clean bill o’ health. I burned that shit down, like the Branch Davidian compound. There’s nothing but a smoldering black spot where the recommended BMI numbers used to stand.

Speaking of healthy living… I took yesterday off from work, and Toney and I attended the end-of-year swim team banquet. And quite a few adult beverages were consumed.

We had no beer at home, so I bought a case earlier in the day. It was in the trunk of my car, and I forgot to take it into the house. We were supposed to meet some other couples at a restaurant, for pre-banquet cocktails. But we got there about 15 minutes early, and I suggested we break into those Yuenglings in the trunk.

So, we parked off the beaten path, and tailgated that bitch. It felt like I was 17 again. Every once in a while somebody would walk past us, and eye us suspiciously. And as soon as they were gone, we’d shotgun another half-bottle of the golden elixir. It was ridiculous, and fun. I made sure the keys were not in the ignition, just in case another SWAT team showed up.

It was happy hour inside the bar, and Toney and I each had two (three?) Sam Adams Rebel IPAs, for $2.75 each. A bunch of other parents showed up, and there was some serious booze a-being consumed. And the prices were straight out of 1986. Cheap!

The banquet itself was no-alcohol, which was probably a good thing. It lasted for over two hours. The food was excellent, and everything went well.

Until, that is, they did a little photo montage of parents in the stands, and showed the world’s worst photo of me. “Jesus Christ!” I whisper-hollered to Toney. “I looked like I had Down syndrome! What the hell?! Who put this thing together??”

I didn’t realize how loud I was talking, and a whole bunch of people started laughing. And there was also a light dusting of disapproving looks. Shit. Next time I drink beer in a parking lot outside a banquet hall, I’ll have to make sure I’m conscious of my volume later in the evening.

After the big shindig was over, a few couples went to a yuppie bar, and continued with the drinking. The prices were no longer low, but they had that Rebel IPA on tap, so I picked up right where I’d left off.

It was a fun evening. I don’t do a lot of socializing, because I was born without the chit-chat gene. But it turned out OK. Everybody was really nice, and we had a good time. I can’t believe I’m saying this, but I wouldn’t mind doing it again soon.

It was also fun re-joining the human race for a few hours. I work from 3 pm to 1:30 am, five nights a week. I see nobody. I liked being a “normal” human being for a little while.

For a Question, please describe your current life with a movie title. Know what I’m saying? I’m sort of around the house, but not really. So, I’ll go with Ghost Dad. What about you? Which movie title best describes your current situation?

Heck, if you feel like… give us a movie title that best describes your sex life. I’ll stay out of that one, thank you very much. But, feel free to weigh in, if you’re so inclined.