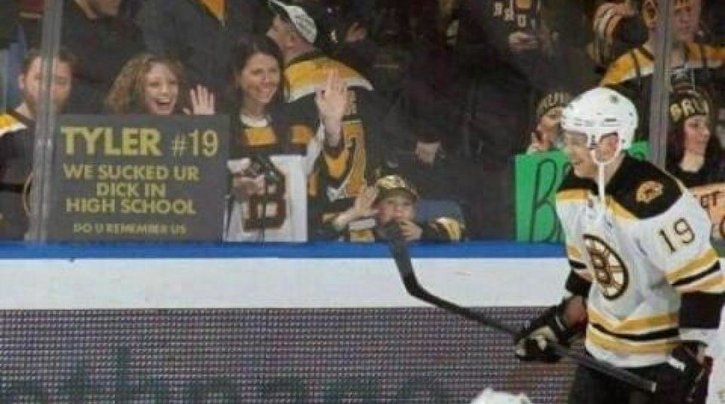 I don’t know what’s going on with Andy (Black Lips Houlihan), our fantastic border collie, but he smells like all the asses. Every one of them, combined. He’s extremely elderly, like the dog version of one of those 127 year old Chinese women, and hasn’t smelled too pleasant for the past couple of years. Toney thinks he’s starting to decompose while he’s still alive. I’m not sure about that, but the pungency has certainly kicked up a notch during the past few months. It’s nothing short of breathtaking. And it’s not gas — Andy has never been a farty dog — it’s his breath. As my dad would say, it’s enough to gag a maggot. There’s a lot of panting, too. So, he basically sits around and pumps the funk, like a humidifier of unspeakable stench. We’ll probably be forced to instigate a controlled-burn and completely do away with the house before it’s all over. The stink has likely seeped into the lumber by now.

For the record, my dad would sometimes go with the extended version: “gag a maggot on a gut wagon.” I’m unclear what a gut wagon is, but have a picture of one in my head. It’s been there for many years. Also, whenever he sees a certain kind of ugly woman with wild, disheveled hair he’ll say she “looks like Eeka.” It’s reportedly a reference to something he saw in a carnival sideshow when he was a kid: Eeka the Snake Woman, or somesuch. He said they kept her in a mud hole filled with snakes, and they’d throw live chickens to her and she’d eat them. People would pay a dime to stand around and look at her for a few minutes, wallowing in the mud with the snakes, biting off chicken heads and whatnot. Hell, I’d pay five dollars to see something like that. My dad has a lot of sayings, many of them completely baffling.

I had a dream a couple of nights ago that I was eating dinner in a restaurant, and they asked me to leave because I wasn’t dressed appropriately. At first they were trying to be nice about it, and I felt pressure to finish my meal and get out of there. But it was taking too long, I guess, and they finally just told me to go. No charge, just leave the premises immediately.

For the record, I was dressed exactly the way I do for work. And when I looked around… it seemed like most other people were dressed the same as me. It was confusing, but I walked out of there in disgrace. The staff was all up in arms about it, whispering to each other and shooting looks my way. When woke up I was upset and embarrassed.

My sleep is FULL of anxiety, these days. I worry my way through every night. Especially since I parted ways with alcohol. I’m going to sleep my way to a sucking ulcer before it’s all over, mark my words. Pass the root beer nuts.

When I was a kid there was a guy listed in the Charleston phone book named Hogjaw Twaddle. The man was a local legend, because of his name. It was literally listed: Twaddle, Hogjaw. We thought that was a riot, and would sometimes call his house. But he was good natured about it, and would never get mad. So, where’s the fun in that? There was also somebody in there with the last name Zitzelberger, and they weren’t as agreeable. So we never stopped calling them: “Can I get two Zitzelbergers to go, please, with extra cheese?” The fury… the threats… the profanity… Yeah, that one went STRAIGHT to the “call often” list.

You know what bugs me more than most things? When people say “I seen.” Like “I seen on the news where they’re opening a new store…” What the hell, man? That one makes my whole disposition go rigid. And you know what’s even worse? When they actually write it that way. Sweet sainted mother of Warren Cromartie! 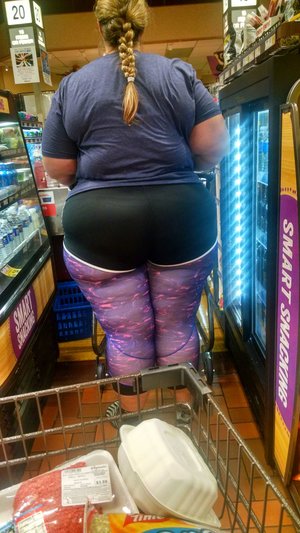 I snapped this picture in Wegmans a few days ago. Yeah, I’m a bit on the husky side myself, but try not to dress to accentuate it. Know what I mean? I would never leave the house with a bolt of fabric suctioned to my ass that made me look like the Pink Floyd Laser Spectacular from behind. Right? It’s all about choices, people.

I watched the Amanda Knox documentary on Netflix last night. It’s pretty graphic, and shows seemingly raw and uncut video footage of the murder scene. There’s a lot of blood and gore, but when they went into the bathroom I saw something that TRULY disturbed me: a load of coal black feces in the toilet. What the?! For one thing, if something of that consistency and color came out of my body, I’d call 911. Maybe even 922. Also, why? Who left it? The killer? It’s never explained, but Amanda herself said it freaked her out. And I’m right there with her. It’s how she finally realized something wasn’t right, she claimed. The idea of someone taking a dump during or immediately following a brutal murder disturbs me, for reasons I can’t explain. It’s bizarre, right? Plus, whoever did it might want to start introducing a few vegetables into their diet, and an occasional glass of water wouldn’t hurt, either. Sweet Maria.

I saw an article, that I’m now unable to locate, about different things people call their TV remotes. I’m only familiar with two: the remote and the clicker. We go with the former, but I’ve heard plenty of folks use the latter. Well, there are apparently all manner of words people use for that device. Like the driver? What the hell? And the numbers? I’ve never, in all my life, heard of such a thing. Do you call it anything other than a remote or a clicker? If so, please share in the comments.

I’ll leave you now with another question… What public restroom behaviors annoy you? I have many, as you might imagine. Including people who stand at the urinal with both fists on their waist, like Captain America. Or spread their legs and lean way forward with one palm on the wall. Or snap their underwear at the end, as a jaunty sort of urination punctuation. I also don’t like when there’s a whole row of urinals available, yet somebody bellies right up to the one next to me. And I don’t approve of any kind of talking, unless it’s at the sinks. What about you? Please share your public restroom pet peeves in the comments section, and also feel free to weigh in on any of the other ridiculous crap I covered today.