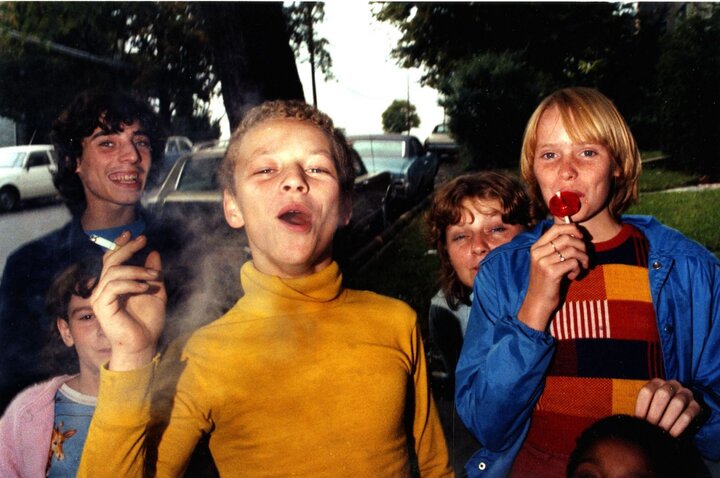 The younger boy, as he’s known, came down to the bunker an hour or so ago and showed me the photo above on his phone. He asked if I’d ever heard of Mark Cohen, and I said, “Of the Nashville Cohens?!” Which is both confusing and not nearly as funny as I’d hoped.

Turns out, Cohen is a photographer who did most of his work around here — in the Upper Pierogi Belt. The picture he showed me was taken in 1976 and is titled Boy In Yellow Shirt Smoking. It’s reportedly Cohen’s most famous shot, and it was snapped in Scranton. I was not familiar, but instantly intrigued. I started doing some Googlin’ and that dude is pretty damn amazing. Here’s a good overview, and this is another. And here’s an odd bit of footage of him walking around Wilkes-Barre just walking up to people on the street taking their pictures — complete with obnoxious flash. I don’t really understand how somebody hasn’t kicked his ass yet, especially when he starts photographing peoples’ legs, and shit like that.

In any case, his photos are fantastic and right up my alley. I love stuff like this. He calls it “intrusive street photography,” which seems like a good descriptor. I feel like I might become a bit obsessed with this guy and his work now. And I didn’t know anything about him 90 minutes ago. A fresh obsession!

— And since we’re on the subject, here’s perhaps my most famous shot. It’s entitled Mr. Funnelpants Checks His Balance. I’m selling prints for $10,000 each. Serious inquiries only. 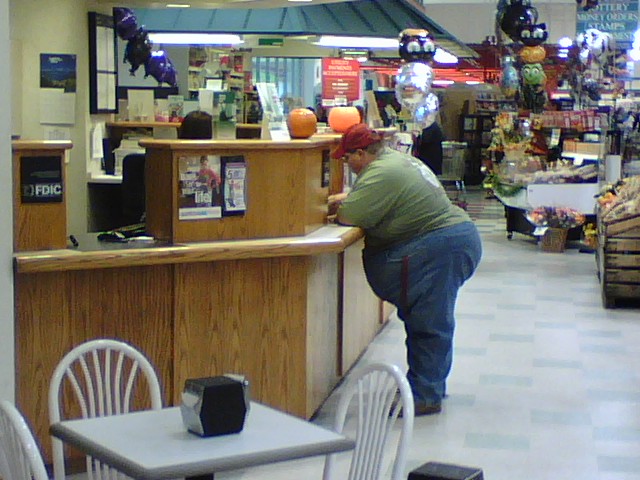 — I had a small but significant victory this morning, my friends. It was a long time coming too. For the past decade, maybe more, I’ve been attempting to secure the URL adsvsreality dotcom. Some sleazy company owned it for years, and was attempting to sell it for thousands of dollars. But I kept an eye on it, and noticed the asking price recently started dropping. It was still too much for me, but it got all the way down to $599 at one point. Still deep in “funk dat” territory, but it got my hopes up. Maybe those pirates were souring on it, and might eventually let it go? Then there was a mysterious auction that took place… I wanted to bid on it, but got spooked when the auction site asked me to send a photograph of my driver license, and a selfie of me holding the license. I mean, what the hell, man? It bugged me that I had to pass on the opportunity, but something felt off about the whole deal.

And today I just randomly checked it at GoDaddy, like I do a couple of times per month, and it was available! Not at a premium price, but just a regular everyday URL. I think I actually pumped my fist in the air and quickly purchased it — for $12.99. I should’ve bought it many years ago, when Ads vs Reality was popular and kicking. But it never occurred to me, ’cause I’m dumm. Oh, I probably won’t do anything with it (or maybe I will?), I just didn’t like the idea of someone else owning it. Is that weird? I didn’t think so. 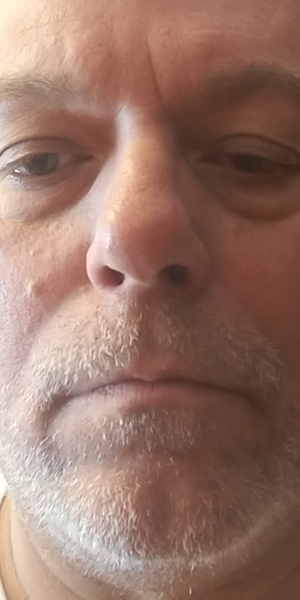 — I’ve never dabbled with facial hair, except for one brief and mortifying era in California, but have about six days worth of growth going as I type this. It started over the weekend, rooted in nothing but laziness. Then the snow came, and I took Monday off from work, which super-sized the half-assery. By Tuesday I had something going, something I’d never seen before. And I’m letting it ride, baby! At least for the time being. Toney says it looks “terrible.” But it’s new to me and I find it mildly fascinating. It’ll be gone by Monday, for certain. But for now I’m just seeing what happens.

— I believe I mentioned this already, but I’m not sure about it. A few weeks ago I re-launched the weekly email. It comes out every Friday, and is a summary of all the Surf Reporty stuff that took place during the previous week. I think it’s pretty good. If you’re not signed up, you can rectify that here. And if you are signed up, and don’t want the emails, that’s cool. Just unsubscribe. It won’t hurt my feelings. Well, maybe a little. But I’ll survive.

— Earlier today I was listening to this Tom Petty album via Spotify. And mister, that thing is one of the most transporting albums of them all. For me, anyway. Several years ago there was a higher level of chaos than normal at the House of Kay and Toney and I were unable to take vacation together. Something to do with the hooligans. So, we decided we’d each take a trip alone. Toney met her sister in Myrtle Beach, which was kind of a cheat in my book. But I literally went on vacation by myself. I spent several days at Long Beach Island, NJ… all by myself. And during that trip I listened to that TP album nonstop, for reasons unknown. Now, when I play it or even hear a song from it, I’m transported back to that weird, disconcerting week. I wouldn’t do a beach trip alone again, I don’t think. I didn’t much care for it. I do love Tom Petty, though. A little more with each passing year, in fact. And that album has some kind of spooky quality that makes me slightly uneasy, but it’s a good kind of uneasy, if you can dig it.

Do you have anything like that? An album or song or even a smell, that takes you right back to some specific period in your life? At my previous job, which was inside a manufacturing plant, there was an area that I passed through on my way to the cafeteria every day that smelled EXACTLY like the old Dunbar Bowling Alley of my youth. Probably some cancer-causing agent that I was whiffing, but it always triggered a powerful nostalgia inside me. What do you have on this? Anything? Also, what are your thoughts on vacationing alone? It seems like a good idea, in abstract. But when it got down to reality… it wasn’t good for me.