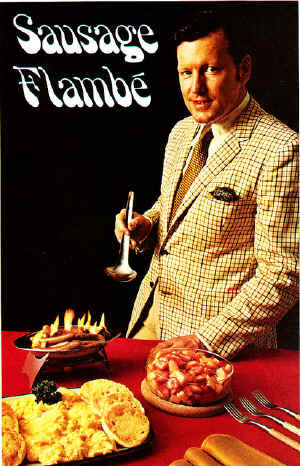 Toney sent me an email early this morning, and I read it when I got up.  That’s the way we communicate these days… via email and text messaging.  And the note said, “Only use the downstairs toilet for #1.  Something’s wrong with it.”

Yes, it was very reminiscent of the love notes we used to send one another during our early dating days…  Ahhhh, such lovely memories.

I went in there, lifted the lid on the catcher, and the water was way down in the hole, radically low.  And it was kinda tan.  Dammit!  Why do we have so many plumbing problems in this house?  It’s almost literally continuous.

I commenced to plunging, and it’s kinda-sorta acting normally again.  But I don’t trust it.  In a drunken stupor, Sunshine probably dropped her 1880s hand muff in there, and stuffed it on down the pipe while inexplicably screaming belligerence about “the Mexicans” or whatever.

Sunshine and Mumbles:  the gift that keeps on giving.

Or maybe it has nothing to do with S&M?  It’s possible, because this house has always had questionable plumbing.  Both toilets are unreliable agents, the shower drains clog often, and we had to sink thousands of dollars into the upstairs crapatorium.  The hot water tank was also replaced last year, because it was starting to go rogue on us.

I don’t want to have to pump tan water, in the morning light, just to maintain the status quo.  Is that so wrong?

Toney also ripped an article from the front page of the Scranton Times, and left it on my keyboard.  This is the story…  Weird shit, man.  Wouldn’t her “relatives” be in an advanced state of decomposition by now?  And she had one of them posed on a couch?  Good god.

And the younger boy showed this to me today.

The four of us are going out to dinner tonight, to celebrate our new-found freedom.  I feel like Nelson Mandela!  This is my one day off, but the sixty-hour weeks are about to end.  I was given that news yesterday.  Four more weeks, after this one, and they’re cutting me off.  Oh well.  I’m surprised they allowed it for as long as they did.

When I go back to forty hours, it’ll probably feel like I’m working a part-time job.  I’ll have a ridiculous amount of free time, and no excuses for not making progress on my various projects.  Yes, it’s a double-edged sword.

I just added some new stuff to my super-neglected Netflix queue:  Law & Order UK, Season 8 of 24, Sex & Drugs & Rock n Roll (about the life of Ian Dury), Nowhere Boy (a British film about the young John Lennon), and The Hammer starring Adam Carolla.

I’m loving the Carolla podcast, and am now interested in his other projects.  Who could’ve predicted such a thing?  I’m going to buy his book, too.  That’s right.

I haven’t looked at my Netflix queue since September, and that’s not an exaggeration.  Is there anything new that I need to check out?  I’m about to rejoin the world of the living, and would like to get caught up on stuff.  Help me out, won’t you?  What new stuff have you been enjoying — movie/TV-wise?

And I’m going to meet Steve for lunch tomorrow in Wilkes-Barre, so there probably won’t be a Friday update.

However… metten has resurrected Mockable, right here, so you’ll still have something new to read.  A few months ago he asked if I’d mind if he started posting there again, and, of course, it’s cool with me.  I probably won’t be able to contribute very often, but metten will keep things interesting.

If you’d like to contribute guest mocks, please send them to him.  And you can subscribe to the RSS feed, and even have the updates sent directly to your email inbox.  All the info is at the Mockable page.  Also, please comment.  The site never generated many comments, which was discouraging.  He (and I) would love to see a community develop there.