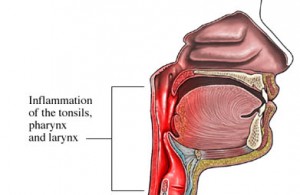 This is really starting to get old, but I’m sick again. I’m not usually the sickly type, but just a couple weeks ago I had a sinus infection (during which my face swelled-up and I looked like that kid in Mask for a few days), and now I’ve got a bad cold – with all the trimmings.

Not to be too graphic, but if Mark Twain were still alive he might feel compelled to write a novel about a couple boys (the Secrets?) growing-up alongside the river that’s currently running from my nose. Dat’s right.

For the first time at my “new” job, I called in sick today. I almost made it a year, but not quite. I’m from West Virginia, therefore I feel guilty about it. But I just need to log some time on a couch, preferably watching Green Acres. Sitting upright will be my major accomplishment of the day, I’m afraid.

Toney says I’m getting sick because I don’t sleep nearly enough. Maybe so; I don’t know. I get roughly six hours per night, when I’m working (4:30 am til 10:30 am), and maybe seven hours on the other days. Is that a lot less than most people? Let’s take an informal poll, in the comments section… What do you say?

We have a new employee in my department at work, and a few nights ago I was showing him how to do something. He listened to me ramble, then said, “So, what part of the South are you from?”

Huh. I almost never get that question anymore. When I moved to California people made their Gomer Pyle jokes, and I started self-correcting. And I think I’ve done a pretty good job of neutralizing my speech. I’m certainly not embarrassed by my Southern roots, but the constant commenting on the way I talked made me conscious of it.

But, for some reason, it made me happy when the guy picked up on my accent on Sunday. It’s a very complicated matter…

I was taking the younger Secret to school last Friday, and got in line behind a perfectly-preserved Ford Pinto – a brown one. And the license plate said Vintage Car, or Antique Car, or something along those lines.

A turd-colored Pinto, with a classic car designation? I find that to be amusing. Time is the only determiner of classic, isn’t it?

From the Stealing Clive Bull’s Ideas desk: what is your most cherished autograph? You know, if you collect such things. Mine, without a doubt, is a baseball signed in person by Mickey Mantle.

He did a personal appearance at a department store in Charleston when I was a youngling (The Diamond, to be precise), and Steve, my brother, and I camped out like groupies. After we’d already been there a ridiculous length of time, a store official came out and told us Mantle was “delayed” (code for drunk off his ass?).

The dude told everyone to come back in two hours, but we were at the front of the line and refused to leave. He just shrugged, and walked away.

Finally, after we’d endured many hours in the men’s department, Mickey Mantle strolled in. Mickey freakin’ Mantle. He was a mythical character, so much larger than life, and standing right in front of us!

I’d brought along a baseball for him to sign, which he did. And it’s inside a holder, a foot away from me as I type this.

Yeah, Mickey wasn’t very friendly to us. In fact, he was kinda surly. But we didn’t care; we were in the presence of unspeakable greatness. He could’ve pissed on our shoes, and we probably would’ve thanked him kindly, and went back to Dunbar to brag about it: guess who peed on me today?

I remember his wrists were huge, and his hair was starting to go gray. And those are the two main things I recall about him that day. Those two things, and the surliness.

So, I have no problem naming my most cherished autograph. What about you?

And I hate to end this one on a downer, but our old pal Jack Boston died on Sunday. Here’s a good article about him, and also an obituary at Radio & Records.

I’ll have more to say about Jack in the coming days. I want to tell you about a specific phone conversation I really wish I had on tape, and also the email in which he told me about his leukemia diagnosis.

He really liked the Surf Report, which was a great compliment. Jack was smart, talented, and accomplished, and his approval meant a lot to me. When I read the news of his passing yesterday, it felt like someone socked me in the gut.

I’ll write more about him, when I’m feeling a little stronger and less-puky.